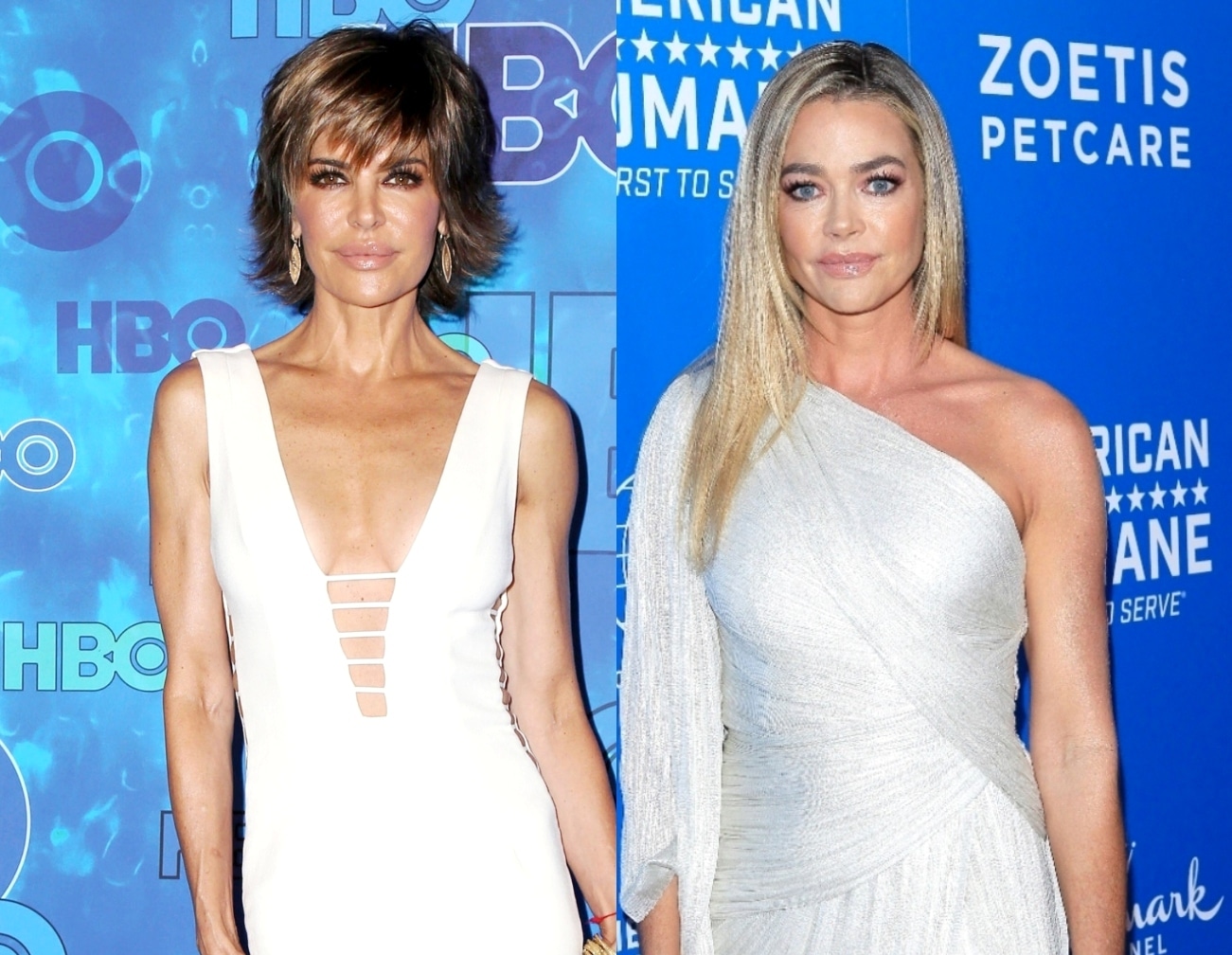 Lisa Rinna is owning her behavior toward Denise Richards during season 10 of Real Housewives of Beverly Hills before sharing how she thinks she handled her daughter Amelia Hamlin‘s relationship with Scott Disick.

It seems Lisa is finally ready to make amends for her treatment of Denise as she recently spoke out about her part in the drama surrounding the Wild Things actress last season.

While appearing on the September 15 episode of Watch What Happens Live, Lisa participated in a game called “At-OWN-It,” and she was asked if she’d like to “atone” for any mistakes she made with Denise since it was Yom Kippur. Surprisingly, she quickly responded by admitting her behavior toward her former pal was “cruel.”

“Oh yeah,” she exclaimed on the episode. “I don’t like my behavior and how I treated her. I was mean, and I was cruel. I was too cruel. I absolutely was, and I’d like to atone for that. I was.

As RHOBH fans well know, Denise walked away from the show after her alleged hookup with Brandi Glanville became the central storyline of the season. Unfortunately, rather than having Denise’s back throughout the messy ordeal, Lisa only amplified the situation by accusing her friend of 20 years of “gaslighting” and “lying.”

Though Lisa seemingly regrets her fallout with Denise, she doesn’t appear to have any regrets when it comes to the way she handled Amelia’s relationship with Keeping Up with the Kardashians star Scott Disick. When asked if she’d like to “atone” for the worst thing she ever said behind Scott’s back, she claimed she never said anything “out loud.”

“You know, I’ve actually been quite nice about Scott Disick,” she insisted. “And I would never say [anything] out loud. I might have thought things that weren’t very good.”

She added, “Can I atone for my thoughts?”

Then, after Andy pointed out the things she’s said about Scott on the show, Lisa explained that her remarks weren’t mean spirited.

Soon after, Amelia shared a photo of herself sporting a “Don’t you have a Girlfriend?” shirt on Instagram.