Home Real Housewives of Beverly Hills News RHOBH’s Lisa Rinna On Why She Treats Erika Different Than Denise, Reacts to Sutton Wanting to Distance Herself From Erika, and Shares Thoughts on RHOSLC

RHOBH’s Lisa Rinna On Why She Treats Erika Different Than Denise, Reacts to Sutton Wanting to Distance Herself From Erika, and Shares Thoughts on RHOSLC 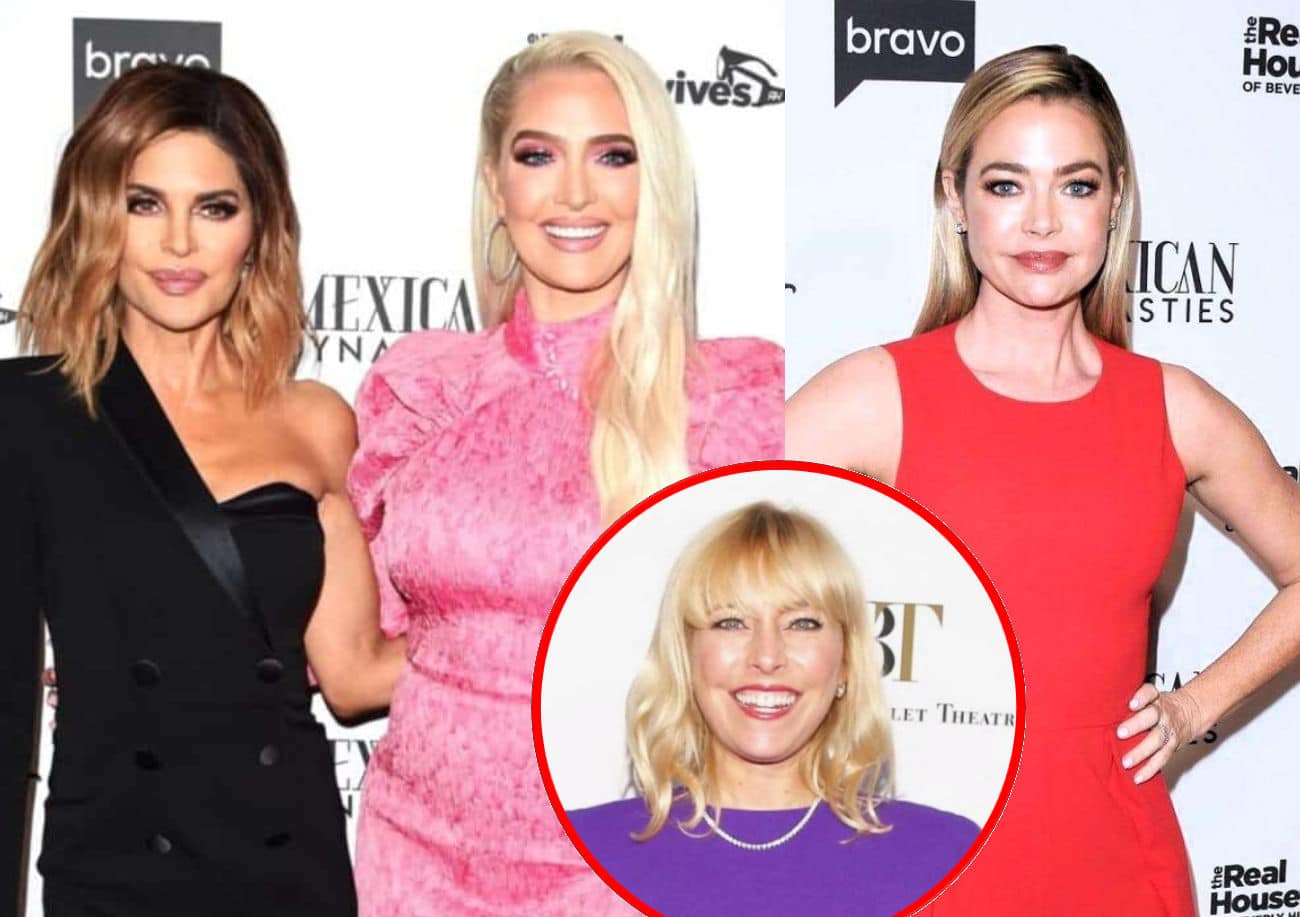 Lisa Rinna appeared on Wednesday night’s episode of Watch What Happens Live, where she addressed several questions pertaining to her Real Housewives of Beverly Hills co-star and friend, Erika Jayne.

After being called out by fans for questioning Denise Richards about her rumored affair with Brandi Glanville while seemingly giving Erika, who is accused of embezzling millions from orphans and widows of plane crash victims, a free pass, Lisa said she’s grown since season 10.

“What I will tell you is I am somebody that does take a look at my behavior and what I’ve done and I have grown since last year and I’m not going to behave the same way that I did last year with Denise with Erika,” Lisa replied on the August 11 episode of WWHL.

Lisa also said that Denise’s affair was a far different issue than the legal scandal Erika and her estranged husband, Thomas Girardi, are currently facing.

“It’s different. It’s like apples and oranges. We’re dealing with a totally different set of circumstances. And what I do have to say is the audience needs to just wait and let it play out. We’re just at the beginning of this,” she teased, adding that she and her castmates just found out, on the show, “what Tom has been doing, let’s make that clear.”

“I’ve known Erika a long time. I don’t think she knew anything,” Lisa continued. “Why would Tom Girardi tell Erika anything? The lawyers didn’t even know. That is how I feel. I’m going to stand by it. If I’m wrong, I’ll f-cking deal with it. [But] that’s my feeling.”

Lisa then admitted that while she recently claimed it’s “not our job to ask questions,” she surely did a lot of that in past seasons and with past RHOBH co-stars.

“That is true. I will own all of that,” Lisa shared.

“Here’s the thing, do I have to do everything?” she added. “Do I have to carry the show on my back? There’s eight of us. Am I the only person held accountable to this? No. I’m not.”

Although Sutton suggested that distancing herself from Erika may be a good idea, Lisa had no such thoughts.

“What Erika does does not affect me. That’s the truth of it. I have business. You’d think I’d be more worried. Sutton doesn’t really have a business. She has her store. But… I don’t understand that,” she stated.

During another segment of WWHL, Lisa confirmed she is a fan of The Real Housewives of Salt Lake City, which premiered in November 2020.

“I just think it’s so authentic,” she shared. “A first-year show is always so great and I think Salt Lake City is a great character.”