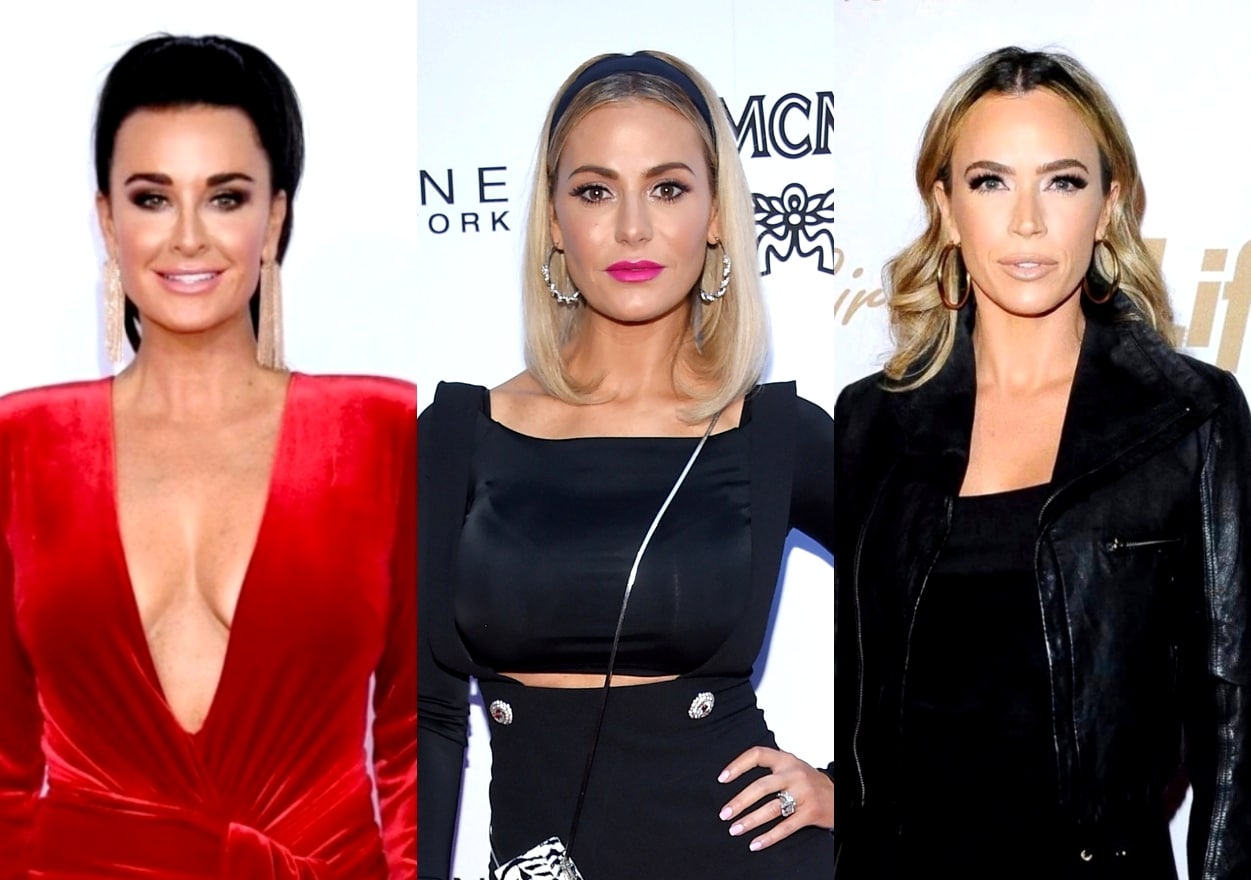 Kyle Richards, Dorit Kemsley, and Teddi Mellencamp have embarked on a “girls trip” to Las Vegas.

Amid the 11th season of The Real Housewives of Beverly Hills, Kyle, Dorit, and Teddi, who are three of the five members of the “Fox Force Five” friend group (the other two are Lisa Rinna and Erika Jayne), boarded a private jet and headed to Sin City, where they plan to attend a concert put on by Teddi’s father, musician John Mellencamp.

“Girls trip to La Vegas to see [John Mellencamp],” Kyle announced in the caption of a photo shared to her Instagram page on September 21, which featured the RHOBH ladies and two other friends, including Jenn Leipart.

Teddi and Dorit also shared the same photo on their own Instagram pages.

“Photo taken right before I sent them all a Venmo request for this [Wheels Up] PJ. Still waiting [Kyle Richards, Dorit Kemsley, Jenn Leipart, and] Nichole y’all know I need the money for after we see [John Mellencamp] in Vegas and Tequila Terry hits the slots,” Teddi, who exited RHOBH in September 2020, joked.

Then, after boarding their private jet, Teddi shared a series of videos on her Instagram Stories. 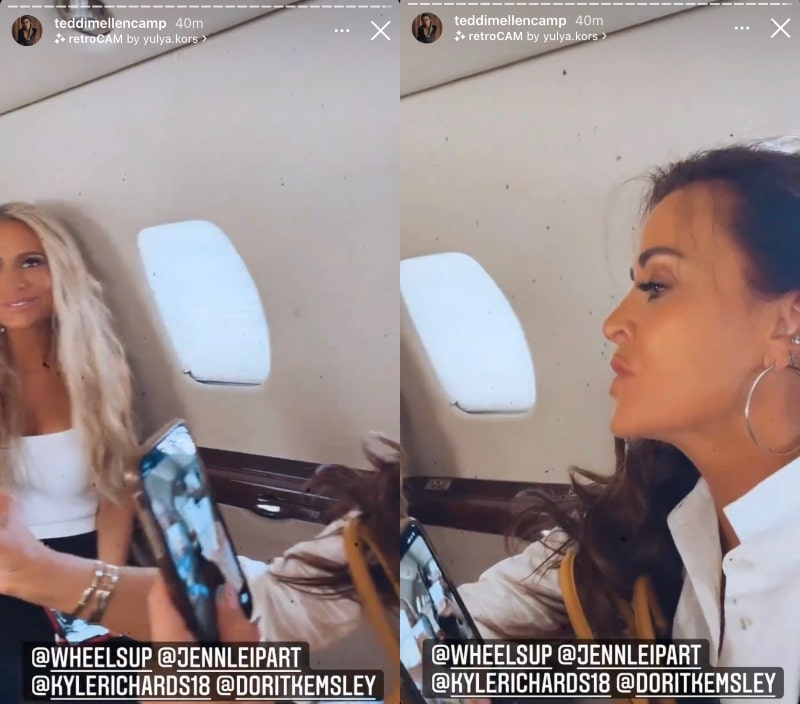 The ladies appeared to be having tons of fun on the PJ, where they enjoyed drinks and chocolate-covered strawberries. And when they landed, it was clear they were ready to party.

In a photo shared by Dorit and reshared by Kyle, Dorit held a bottle of wine in the air as she got a kiss on the cheek from Kyle.

“Love you [Kyle Richards],” Dorit wrote in the caption, along with a “Vegas Baby” sign. 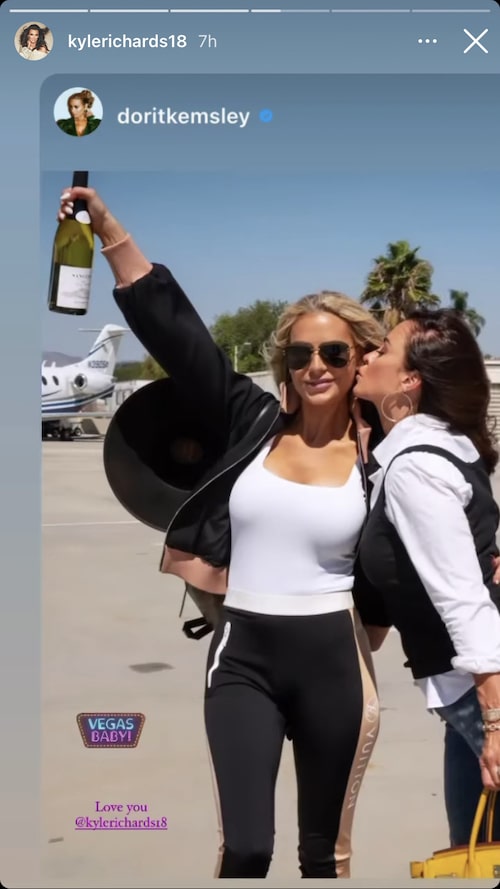 After arriving to their room at the Wynn Las Vegas, Kyle Richards shared another series of videos on her Instagram Story, one of which featured Dorit enjoying a drink as their friend Nichole stood behind the bar. In a second, Kyle was seen getting close to Dorit, who planted a kiss on her cheek. 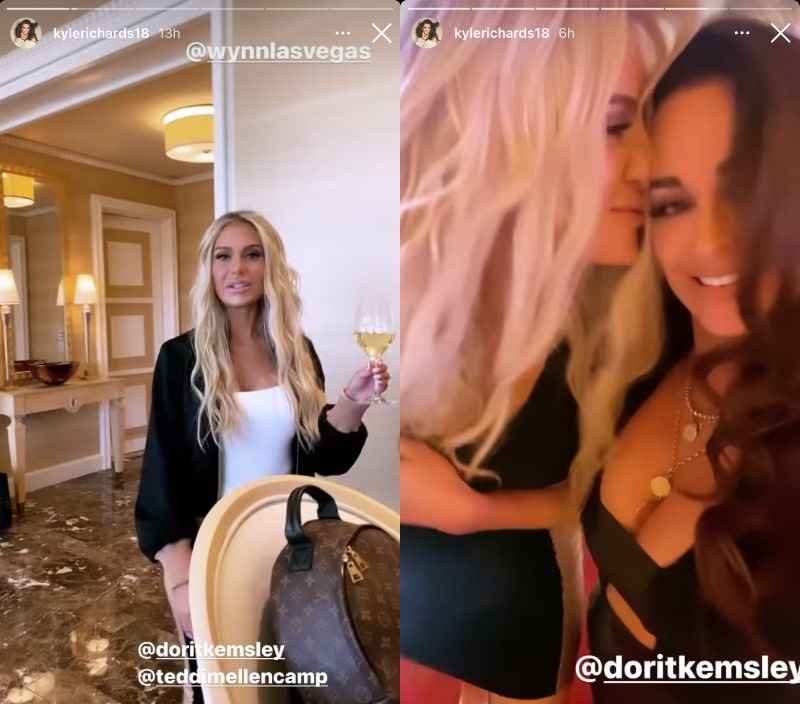