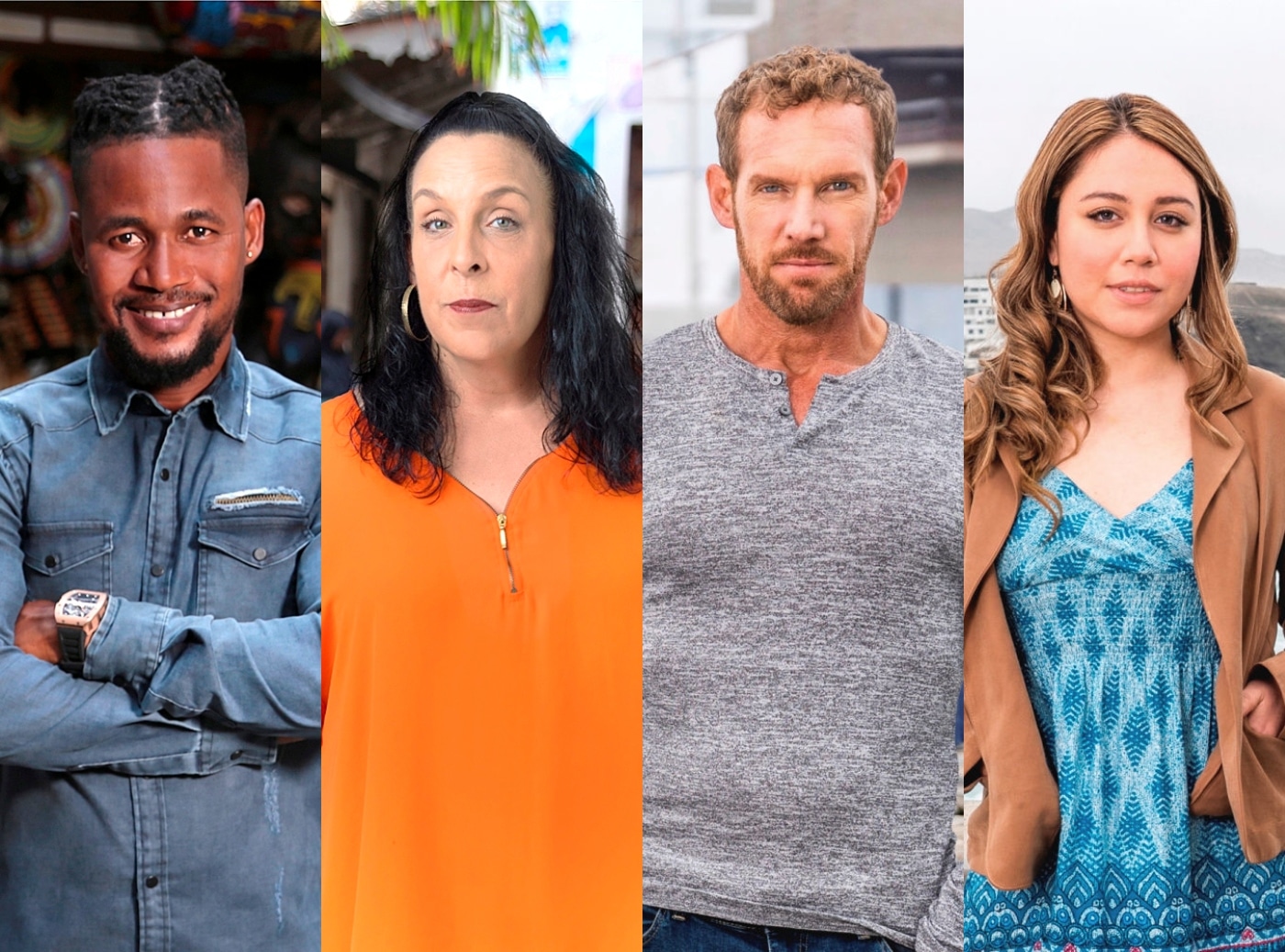 90 Day Fiance: Before the 90 Days is back! Season five is just around the corner, and we want to dish on all the newest cast members.

There are several new faces in the season five cast, and one not-so-new face… 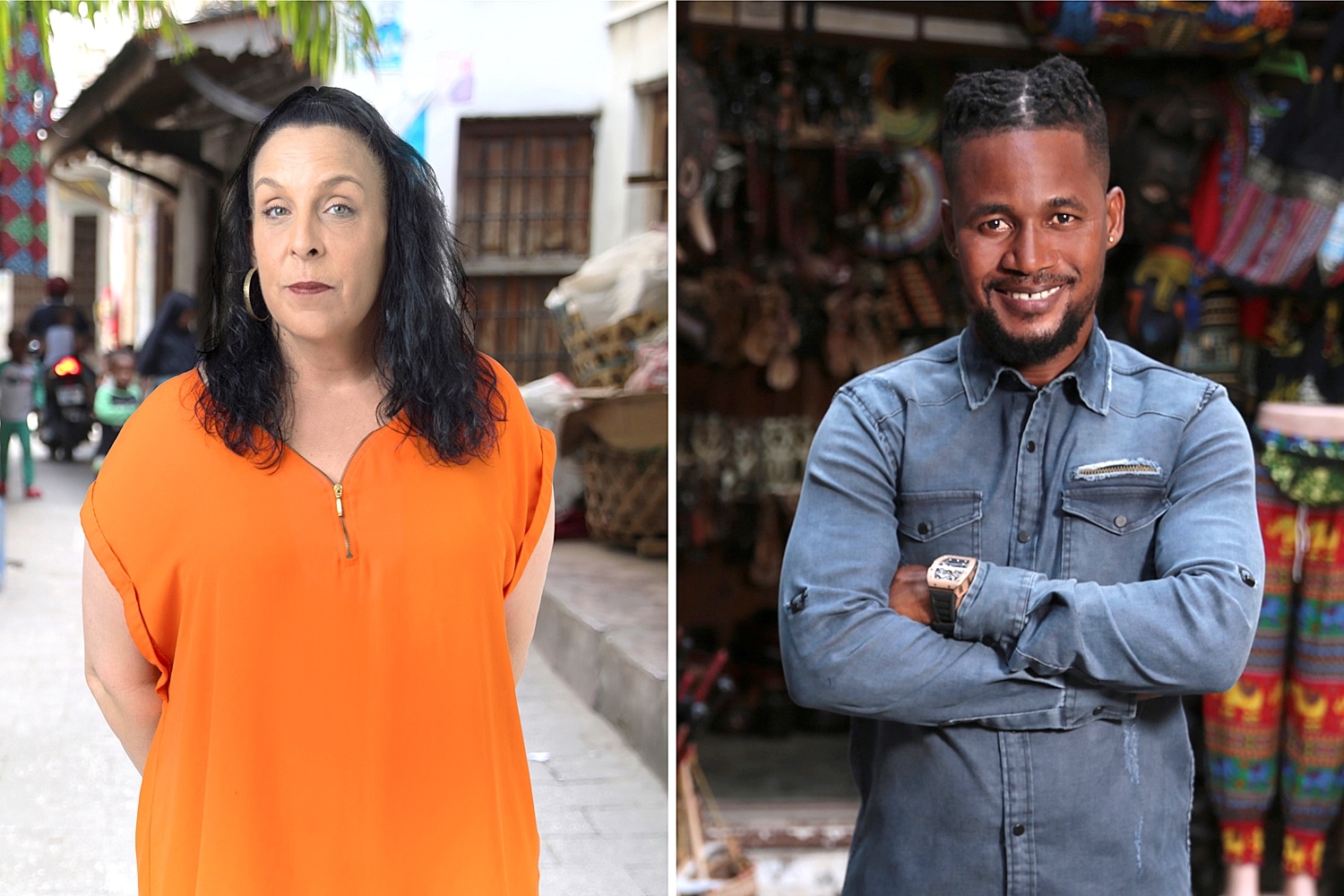 Season five welcomes back Usman “Sojaboy,” the Nigerian musician and resident heartthrob. Since his relationship with Baby Girl Lisa didn’t work out, he’s single and ready to mingle. But it looks like he might have met his new match.

Meet Kim, a 50-year-old native Californian. The two met as Kim, a big fan of Sojaboy’s music, reached out to the newly single musician online and the two struck up a romance.

But following Usman’s previously failed relationship with an older American woman he met online, he is understandably gun shy about starting up a new romance with a similar theme. So instead of diving headfirst into marriage, the two agreed Kim will be joining Usman in Tanzania, where he will be filming a music video. Kim hopes to show Usman she’s different than his ex and that their relationship is ready to go to the next level, but will he agree?

Next up on the roster, meet Caleb and Alina. 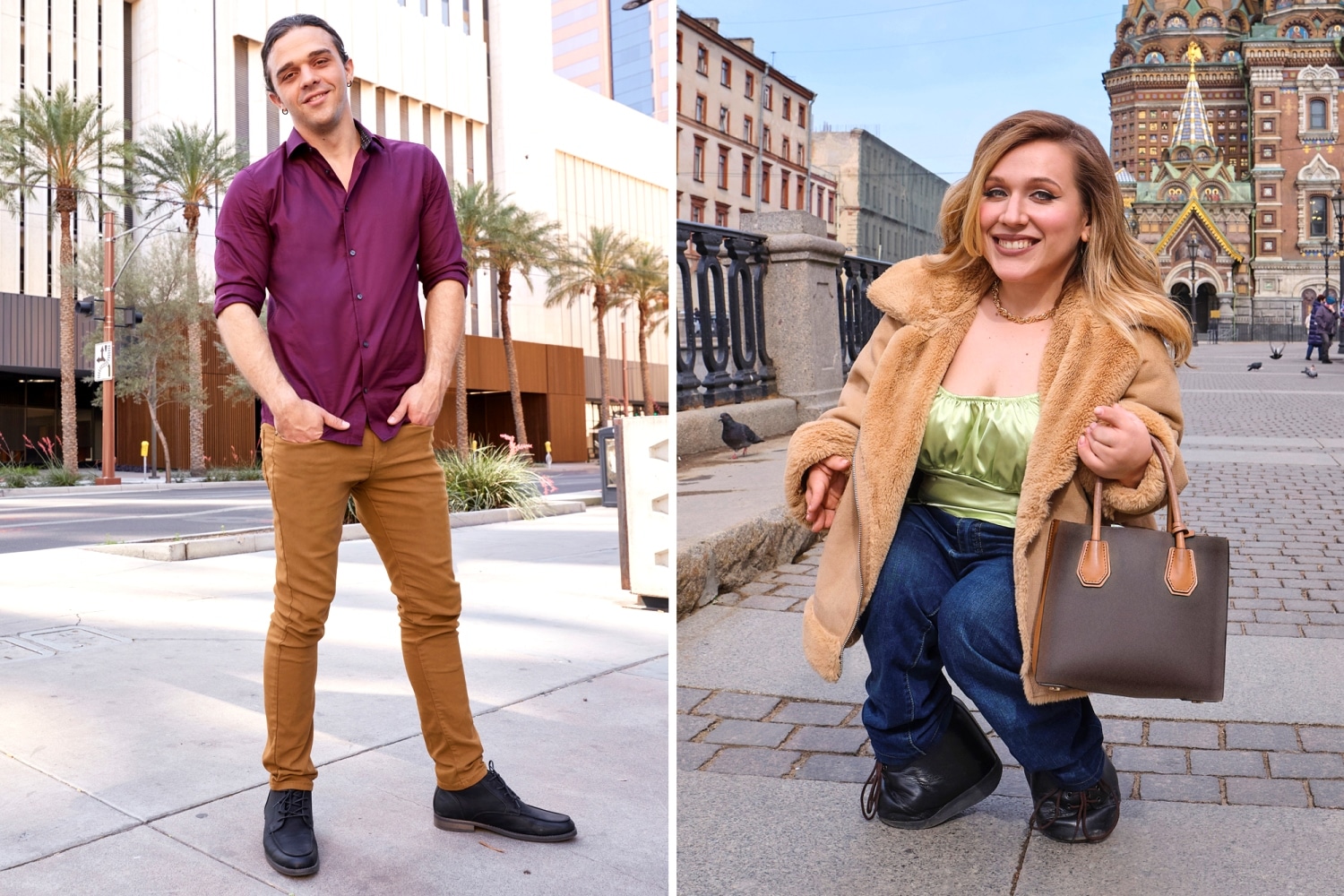 The couple actually met 13 years prior on social media, but as the two were only teens, they lost touch over the years. But then a stroke of luck had them meet again on a dating app… 13 years later!

The two picked up right where they left off and then some, as their online friendship quickly developed into a romantic connection. But the couple worries if Alina’s physical limitations might be more than wild and free Caleb can handle.

Alina is a little person, which is big news for 90 Day Fiance as she is the first little person featured on the franchise.

But due to her condition, she often requires a wheelchair after long periods of walking or standing.  Caleb is always on the go and worries if Alina’s slower pace might hold him back. The two are putting their connection to the test as they meet up in Turkey, along with Alina’s best friend, roommate, and protector, Elijah. Can Caleb convince them that his love will continue when put to the test?

Next, we meet Gino and Jasmine. 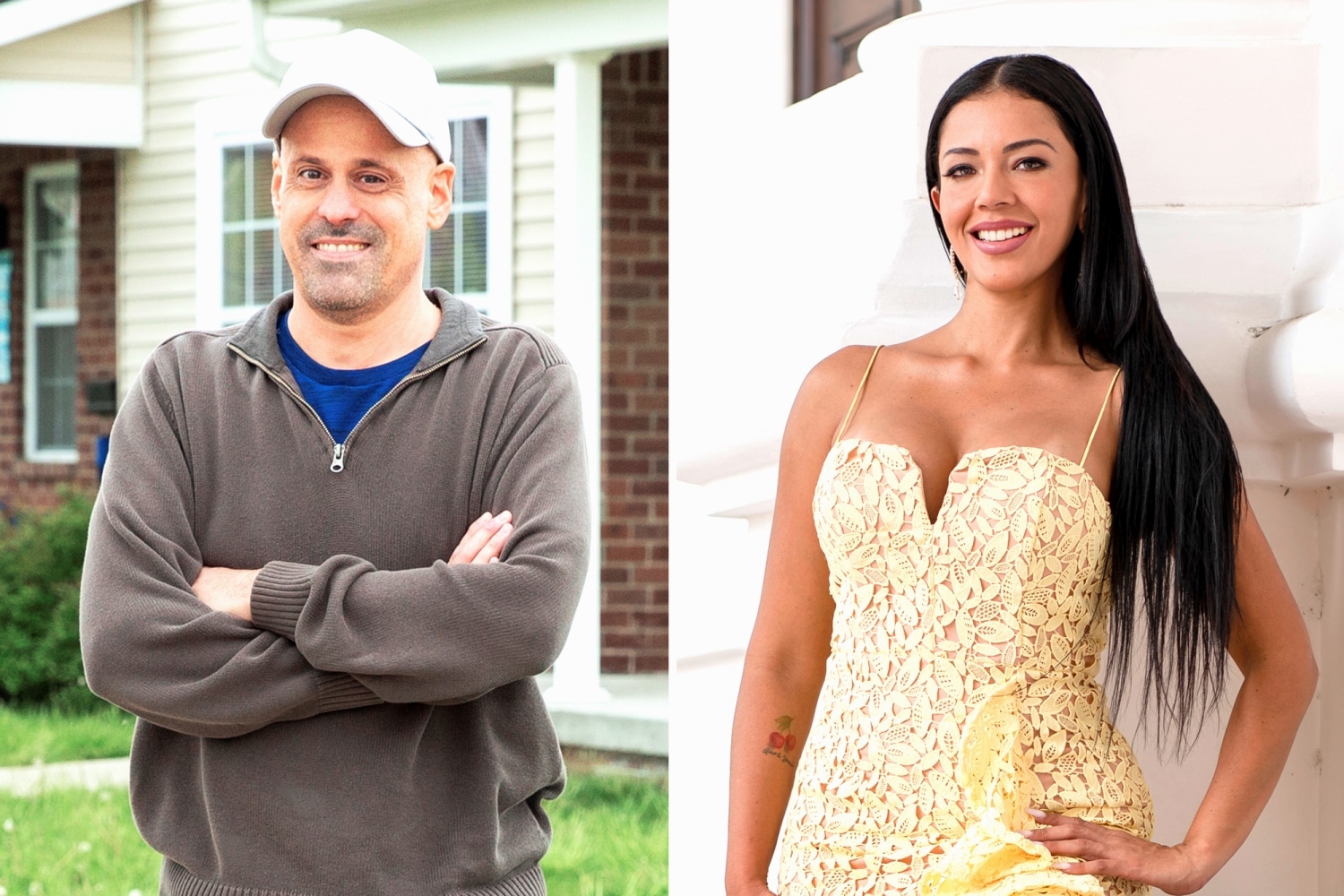 Gino and Jasmine, stars of 90 Day Fiancé: Before the 90 Days season 5.

Gino is a 51-year-old Michigan native who has fallen in love with spicy 34-year-old Jasmine from Panama City.

Following his recent divorce, Gino wondered if he would ever find love and be able to start a family of his own. Then he met Jasmine on an international dating site and his hopes were rekindled. Gino is ready to pop the question and start a family with Jasmine right away, but Jasmine’s jealous ways could put an end to his dreams. Gino is heading to Panama to see if Jasmine will end up being the love of his life and the mother of his children. No pressure, right?

Next up, Memphis and Hamza. 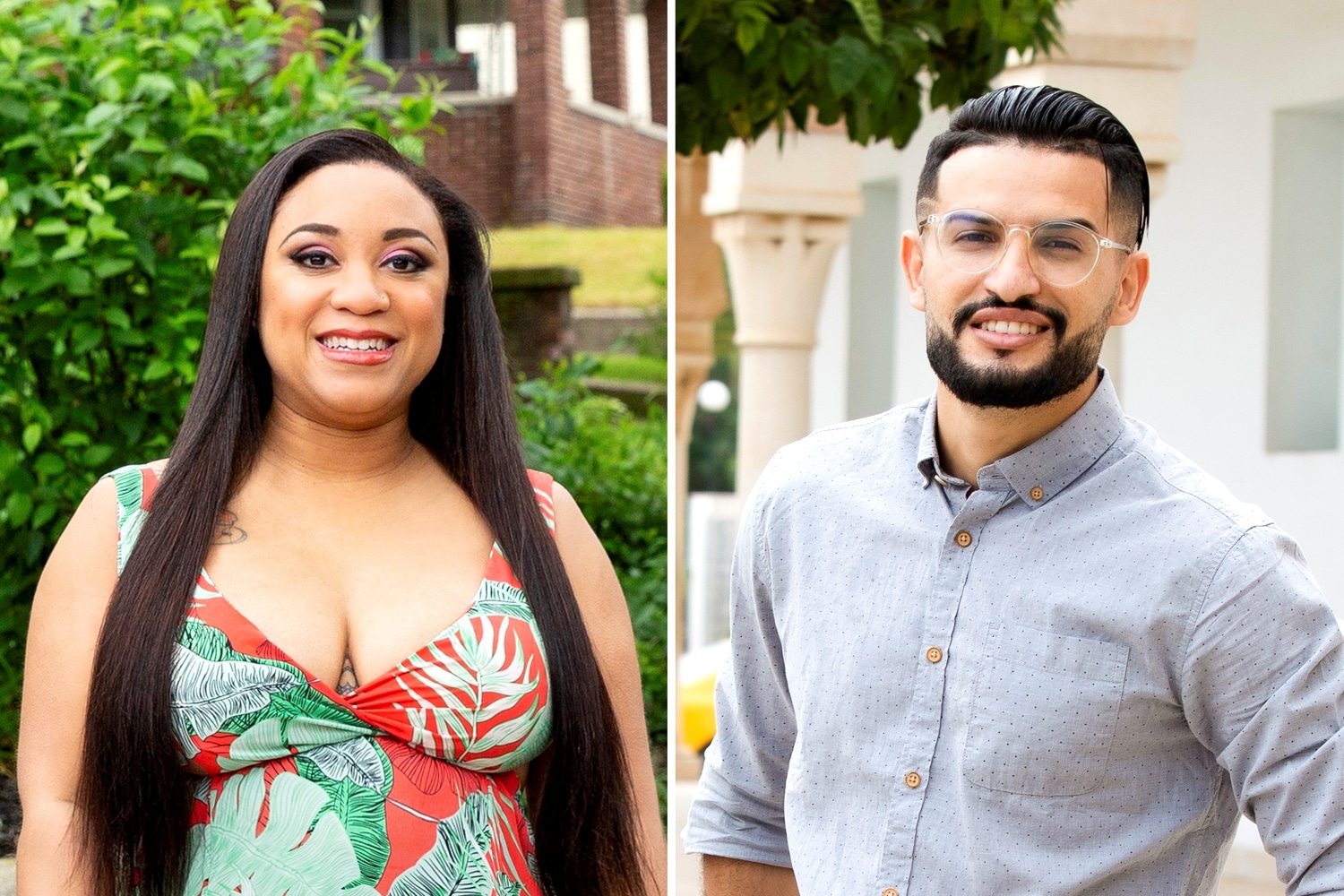 Memphis and Hazma, stars of 90 Day Fiancé: Before the 90 Days season 5.
Credit: TLC

Memphis is a 34-year-old from Muskegon, Michigan, who fell head over heels for 28 -year-old Hamza from Tunisia.

Memphis is a single mom of two who had a very unstable childhood.  Her dating history hasn’t been so smooth either and all she wants in a partner is a little stability. She thinks she might have found that in Hamza. After a few short months of getting to know each other, Hamza popped the question and Memphis said, “I do!” Despite the two’s differences, not to mention a pretty solid language barrier, the two feel they may have found the one. Memphis is heading to Tunisia to find out for sure.

Let’s just hope their story ends up with a happier ending than season three’s Amanda and Zied, who was another Tunisian native.

The next couple on the list is Mike and Ximena. 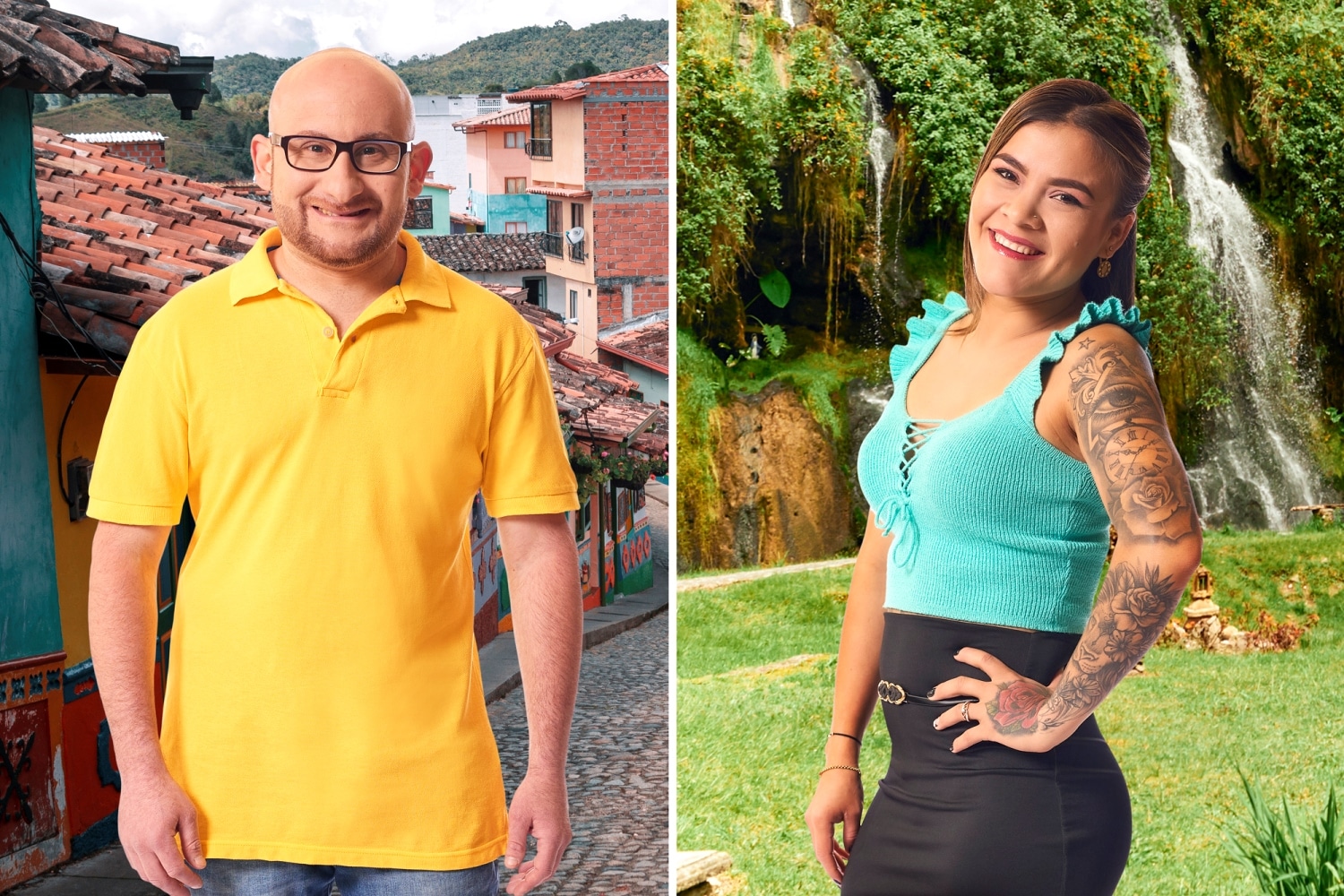 Mike is a 34-year-old from Thiells, New York, who has met his match in 24-year-old Colombian single mother Ximena.

Despite Ximena speaking no English and Mike knowing very little Spanish, the two managed to find a connection through a translator app. Mike is planning to put his bachelor days behind him as he heads to Colombia in hopes of flying Ximena and her two sons back to the U.S. But is Mike really Ximena’s knight in shining armor or is she more interested in the shine of the gifts he is giving her?

Next, meet Ella and Johnny. 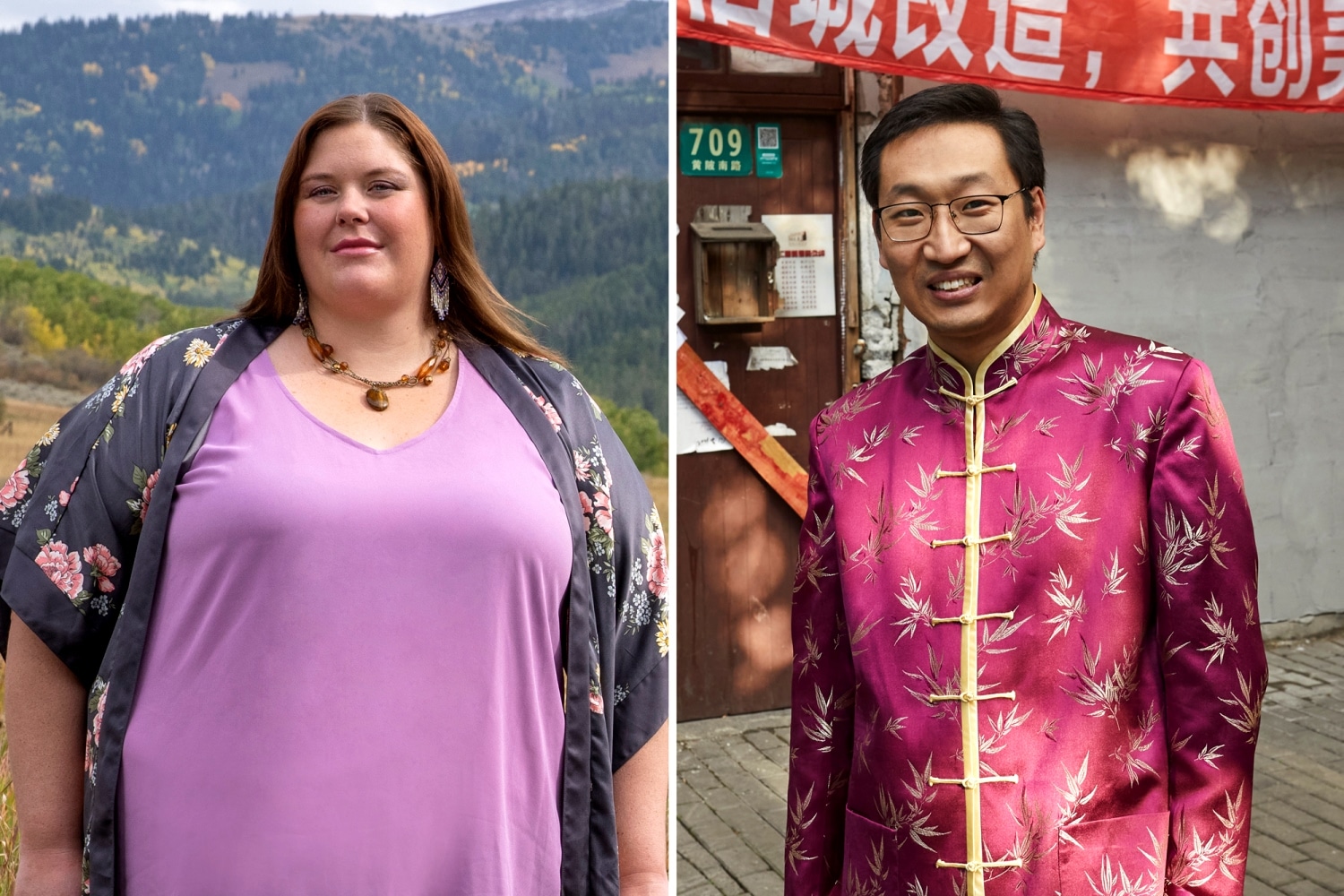 Ella is a 29-year-old Idaho Falls native who is in love with 34-year-old Johnny, who hails from Jinan, China.

Ella surprised her rural friends and family by being “obsessed” with Asian men and culture. She met Johnny through a dating site specifically for Asian men and white women and calls him her “Asian prince.”

China’s borders have been tightly shut due to the ongoing pandemic, but that has not put a damper on the two’s relationship as they continue to chat daily. Finally, the couple has been able to navigate the closed borders and pandemic craziness and have made a plan for Johnny to fly to meet Ella in her hometown. While Ella is hoping for a proposal, she is also fighting the fear that Johnny might follow in the footsteps of her past lovers and leave her over her weight. But the two are still hopeful that love will conquer all.

The next couple is Ben and Mahogany. 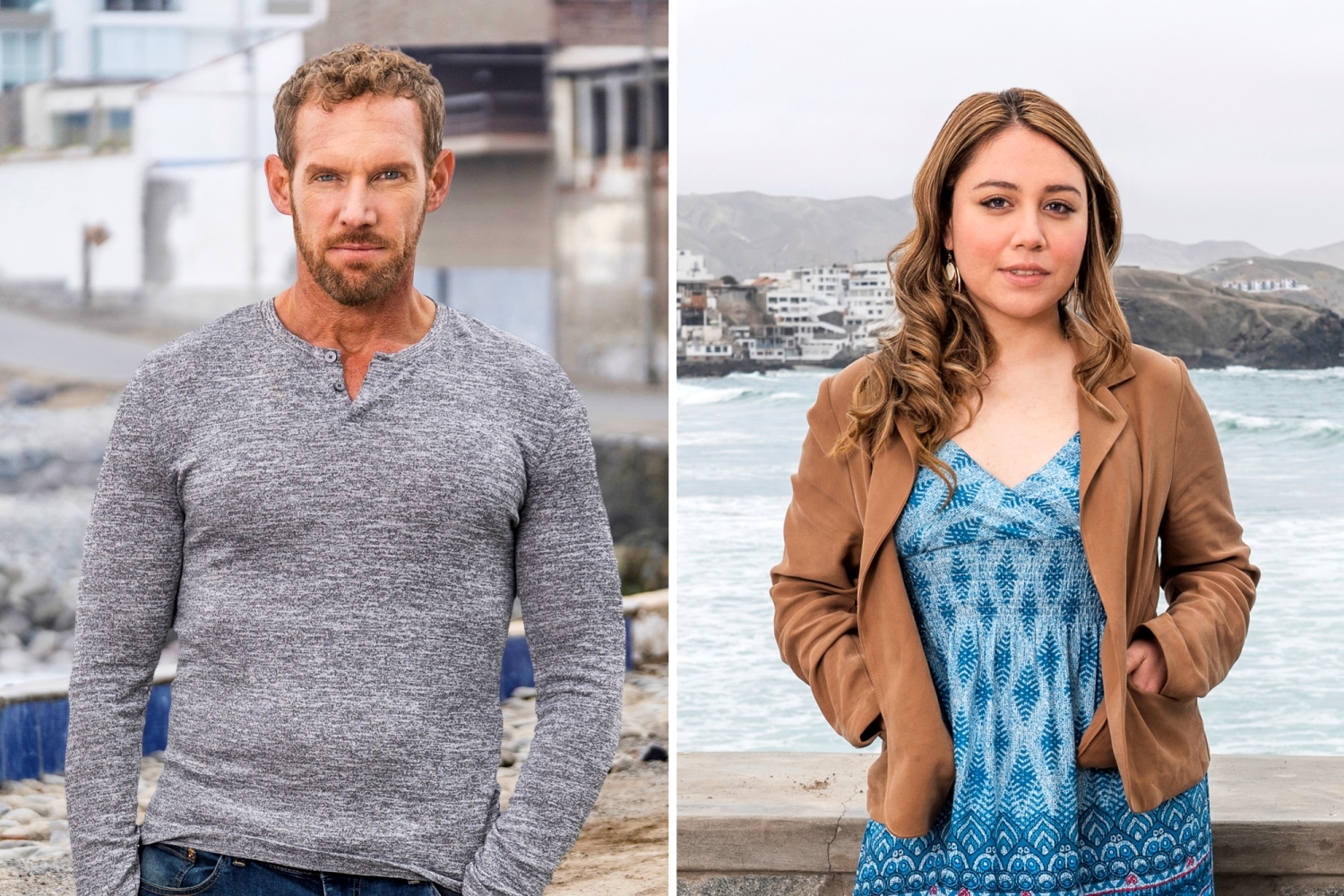 Ben and Mahogany, stars of 90 Day Fiancé: Before the 90 Days season 5.

Ben is 52 years old and from Frasier, Michigan, and he wooed 24-year-old Mahogany from San Bartolo, Peru.

Ben broke free of his restraining marriage and work as a pastor of a very conservative religion to pursue a life as a fitness model. After being featured in a hot fitness magazine, Mahogany reached out, and the two felt an instant connection. Despite the two never having video chatted, Ben holds firmly to his faith that God brought the two together for a reason and has no doubts that Mahogany is the woman for him. After months of chatting, the two are ready to take their relationship to the next level.

This couple reminds us of season two, Ricky and Melissa, as fans suspected Melissa of also being a catfish, as the couple never video chatted prior to their meetup. While their story ended well with Melissa being a real person, the question remains for Ben, is Mahogany really the person she says she is?

Only time will tell as the next season of 90 Day Fiance: Before the 90 Days season five debuts on December 12!