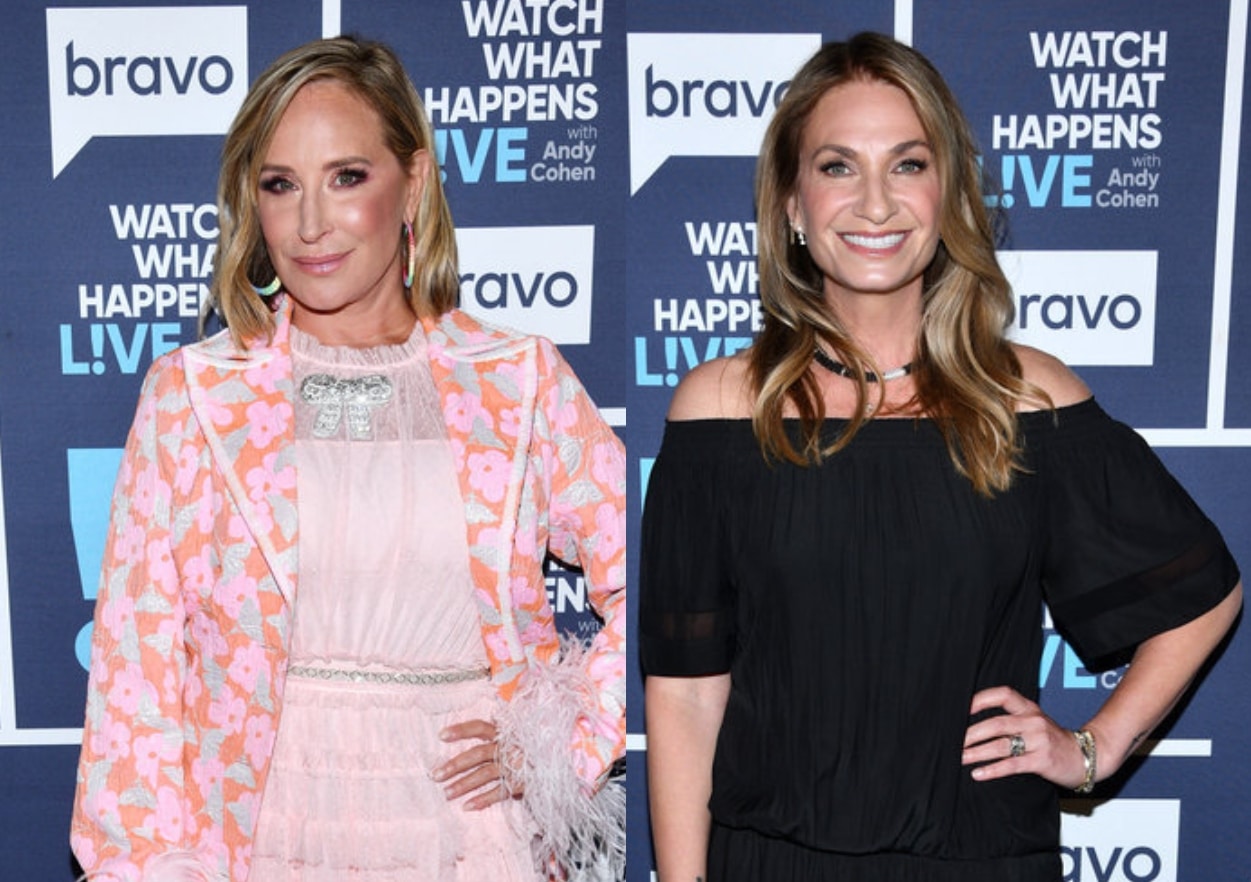 Sonja Morgan is firing back at Heather Thomson after seeing that she made shocking allegations about her sex life in reporter Dave Quinn‘s new book, Not All Diamonds and Rosé: The Inside Story of The Real Housewives from the People Who Lived It.

Looking back at the moment she “turned on” Sonja after being left outside of her $10 million townhouse ahead of a RHONY cast trip to Atlantic City, Heather said, “I had literally carried that woman home. I had scarped her off carpets. I had taken her out of a vestibule where she was letting guys put lit cigarettes in her vagina. I had done so much for that woman.”

After Faces by Bravo shared these quotes on his Instagram page, Sonja offered a series of responses, all of which were posted by Comments by Bravo on their own Instagram page.

In a third, she noted, “This book is really stirring the pot.” 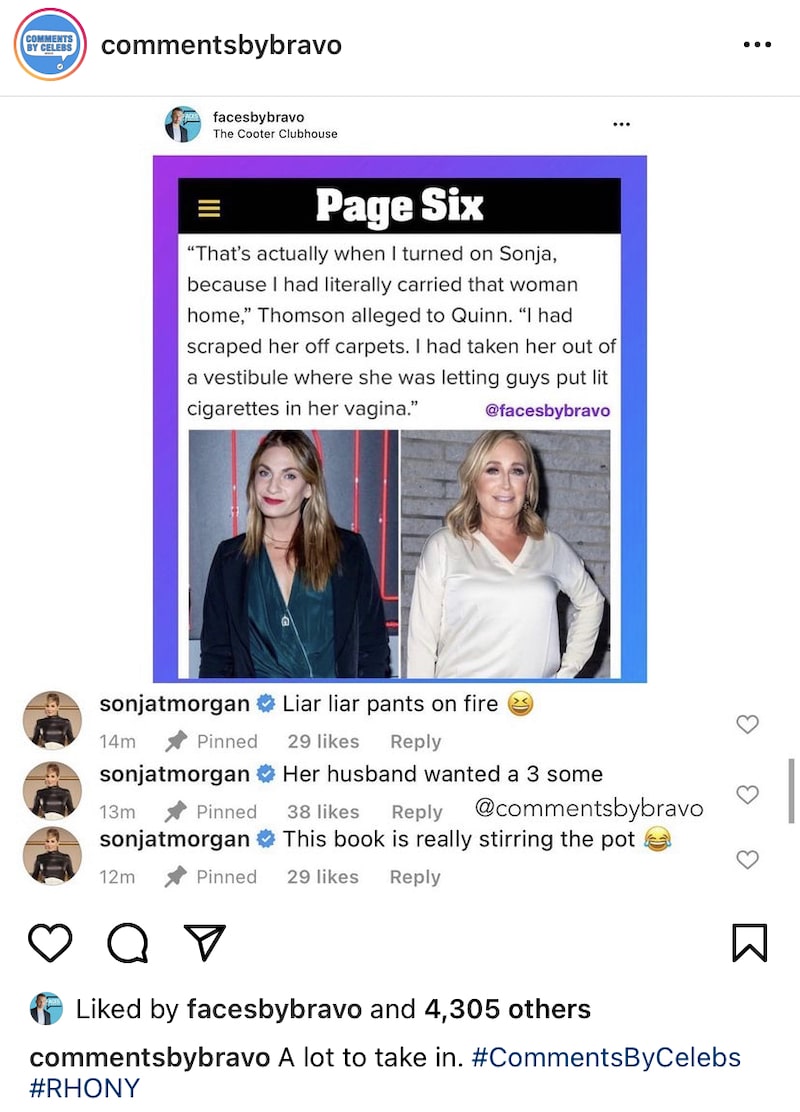 While it certainly looked as if Sonja was snubbing her castmates as she forced them to wait outside of her home before heading to New Jersey, she explained in the book that she was actually dealing with a death and attempting to make arrangements for her daughter.

“My sister called to tell me that someone we knew had died. She was supposed to come take care of my daughter, but because of this death, she couldn’t,” Sonja shared. “I didn’t have a housekeeper, and I had my daughter there who doesn’t film.”

She went on to say that Heather, as well as the rest of the cast, weren’t exactly as stranded as they claimed.

“They all had their coffee and breakfast paid for by production and had separate Town Cars to sit in,” she revealed. “The schedule said, ‘Not to be filmed in Sonja’s townhouse.’ So they were supposed to be in their cars waiting to get into the party bus.”