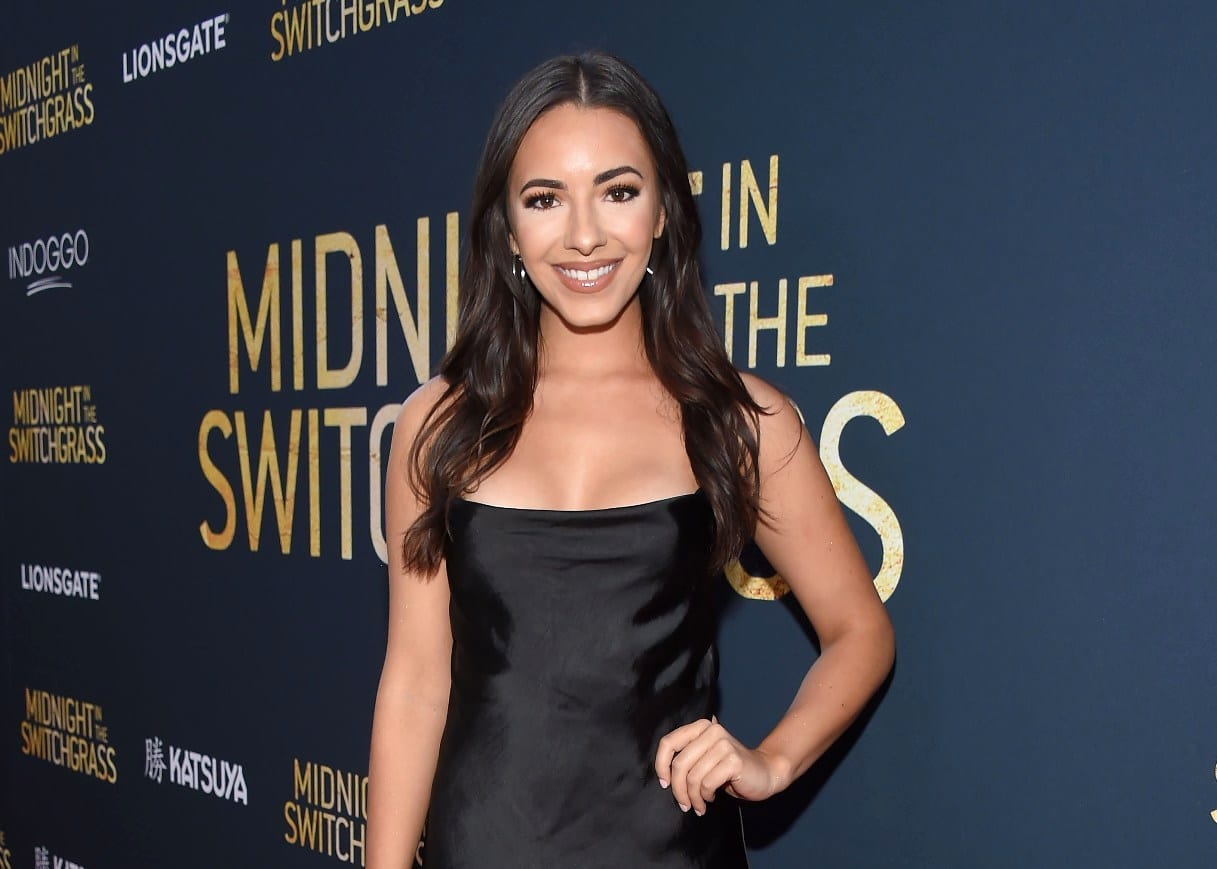 Charli Burnett just shared a series of before and after photos on Instagram, admitting that, like many, she put on a few extra pounds amid the coronavirus pandemic.

Weeks into the ninth season of Vanderpump Rules, Charli, who was added to the Bravo reality series in early 2020 for season eight, Charli took to her Instagram page, where she opened up about the challenges she faced amid the pandemic as well as how she came out on the other side.

“I’ve been so reluctant to post anything about my journey with the fears of being judged, rude comments, or still not accomplishing my entire goals in time. But my friends convinced me I should start being more vulnerable & myself on the internet ( advice I get told allll the time lol) Here we go!” Charli began on October 19.

“So the start of 2020 I lost everything… my career, my independence, and myself. I fell into a deep depression eating [and] drinking every single day. I was at rock bottom. Then I got surgery which helped my foot but hurt me mentally [and] physically. I gained over 45+ pounds and was unsure if I would ever feel like ‘Charli’ again,” she wrote.

In addition to learning a lot about herself throughout her weight loss journey, Charli also established a healthier relationship with food, which has been a challenge for her since childhood.

“I have a better relationship now with food more than ever, I’m confident with this new women I am, and I really learned I can do anything I set my mf mind too. So can you!!! This is a post to help motivate anyone who feels like they have no hope to keep going. Life sucks & it’s super unfair. But at the end of the day you have to show up for you and do the hard sh-t!” she concluded.

In the photos shared with her message, Charli was seen first in a black bikini and later in a sparkling turquoise two-piece.

Following the sharing of the post, Charli was flooded with compliments from her fans and followers. This included many of her Pump Rules co-stars, like James Kennedy, who shared a series of clapping emoji, and Brock Davies, who said she looked “soooo gooooood.”

Danica Dow and Katie Maloney were also taken aback by Charli’s body, and Ariana Madix told her castmate she is “everything… no matter what forever and ever.” 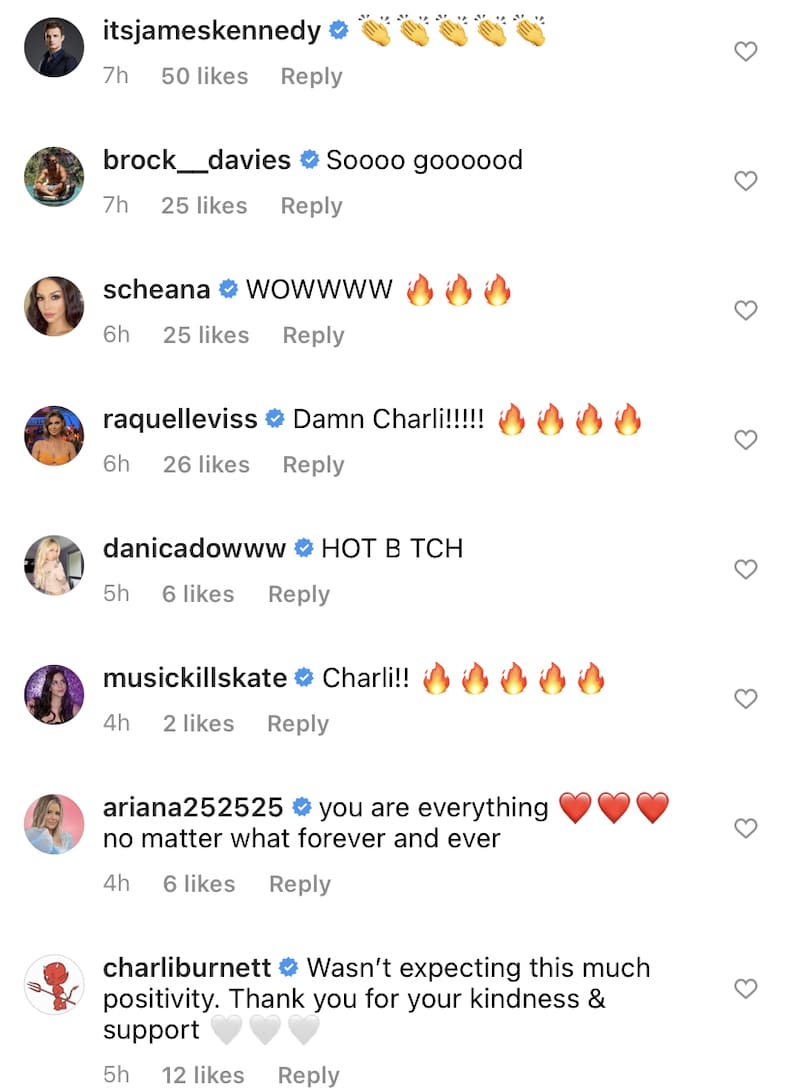 Charli was understandably taken aback by the outpouring of love she received and returned to her page with a message of thanks to her online audience. 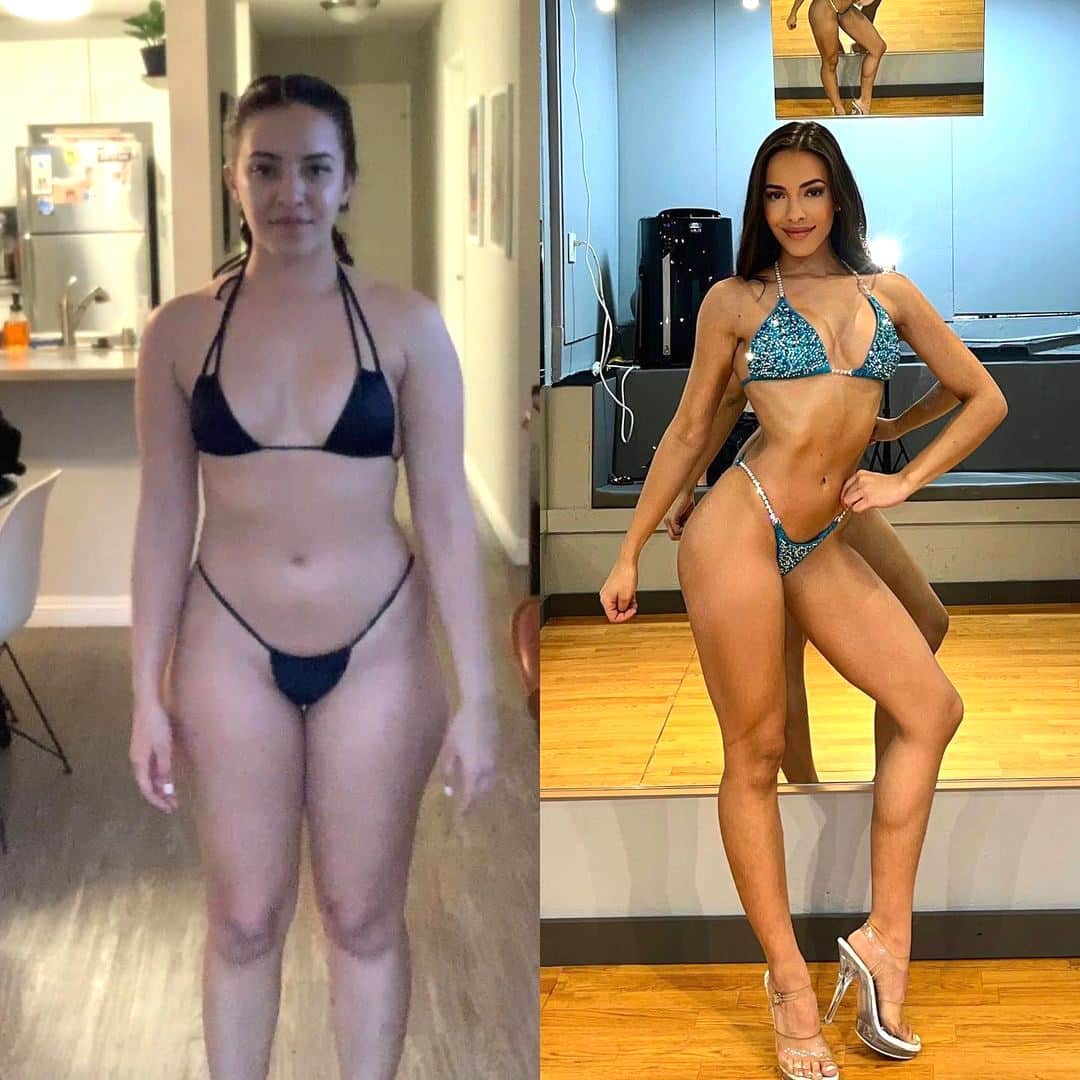 Vanderpump Rules star Charli Burnett shows off her before and after weight loss photos following a 45-pound weight gain.

“Wasn’t expecting this much positivity. Thank you for your kindness [and] support,” she wrote.