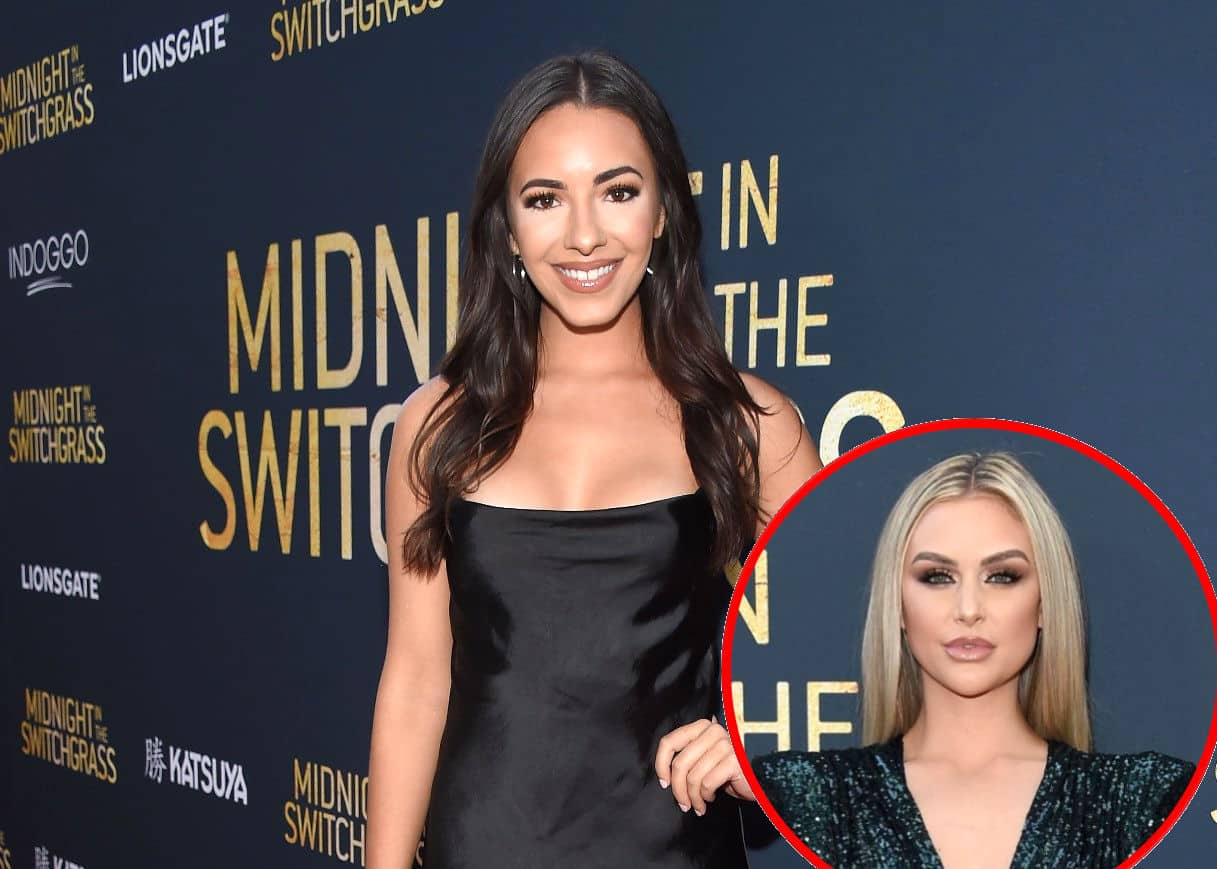 Following a messy encounter with Lala Kent and comments about the issues she’d had with food in recent years, Charli took to her Twitter page, where she admitted to feeling “vulnerable” amid her dispute with Lala, which was prompted when she sided with Ariana Madix amid their own feud.

“Tonight’s episode was a very vulnerable one for me. Being in a position that magnifies my biggest issues of being misunderstood due to my lack of words not knowing the effect it would have after,” she began, according to a screenshot shared by Faces by Bravo on Instagram. “I always say silly or ‘distracting’ things to avoid talking about [deep-rooted] issues due to me not feeling comfortable or not ready to open up. And to be honest, I don’t believe I was [ever] going to be ready but at the moment I hit my breaking point.”

Charli continued on in her since-deleted post by telling her fans and followers on social media that she was sorry if she ever offended them with comments she’s made in the past about food.

“I deeply apologize. But food is something I’ve struggled with for [the] majority of my life [and] finally overcame my fear of it this last year,” she explained. 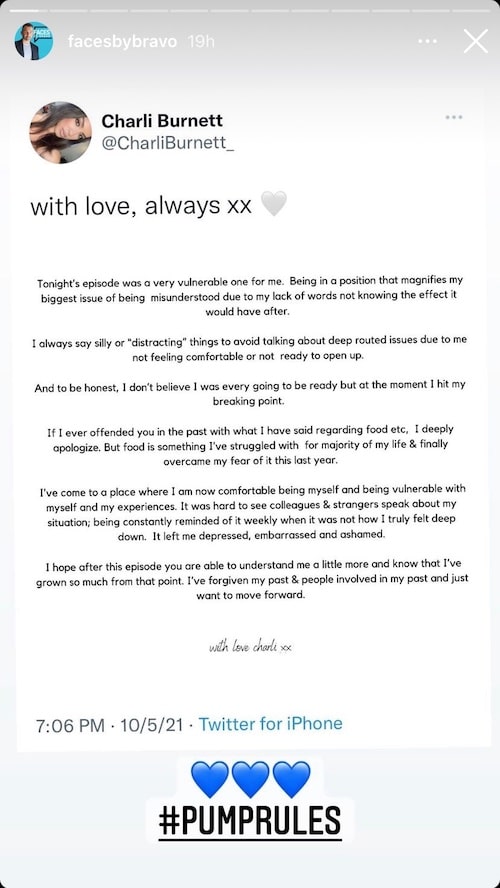 As her statement went on, Charli said that she’s come to a place where she is comfortable being herself and allowing herself to be vulnerable about what she’s been through.

As for her encounter with Lala, Charli said she struggled to be put in a place where others were discussing her innermost challenges — especially on a regular basis.

“It was hard to see colleagues [and] strangers speak about my situation, being constantly reminded of it weekly when it was not how I truly felt deep down. It left me depressed, embarrassed, and ashamed,” she shared.

“I hope after this episode you are able to understand me a little more and know that I’ve grown so much from that point. I’ve forgiven my past [and] people involved in my past and just want to move forward,” Charli added.