Home Real Housewives of Beverly Hills News PHOTOS: Broken Window Seen at Dorit Kemsley’s Home After Robbery as She Steps Out, Plus RHOBH Cast Visits Her as Bravo Hopes to Capture Footage

PHOTOS: Broken Window Seen at Dorit Kemsley’s Home After Robbery as She Steps Out, Plus RHOBH Cast Visits Her as Bravo Hopes to Capture Footage 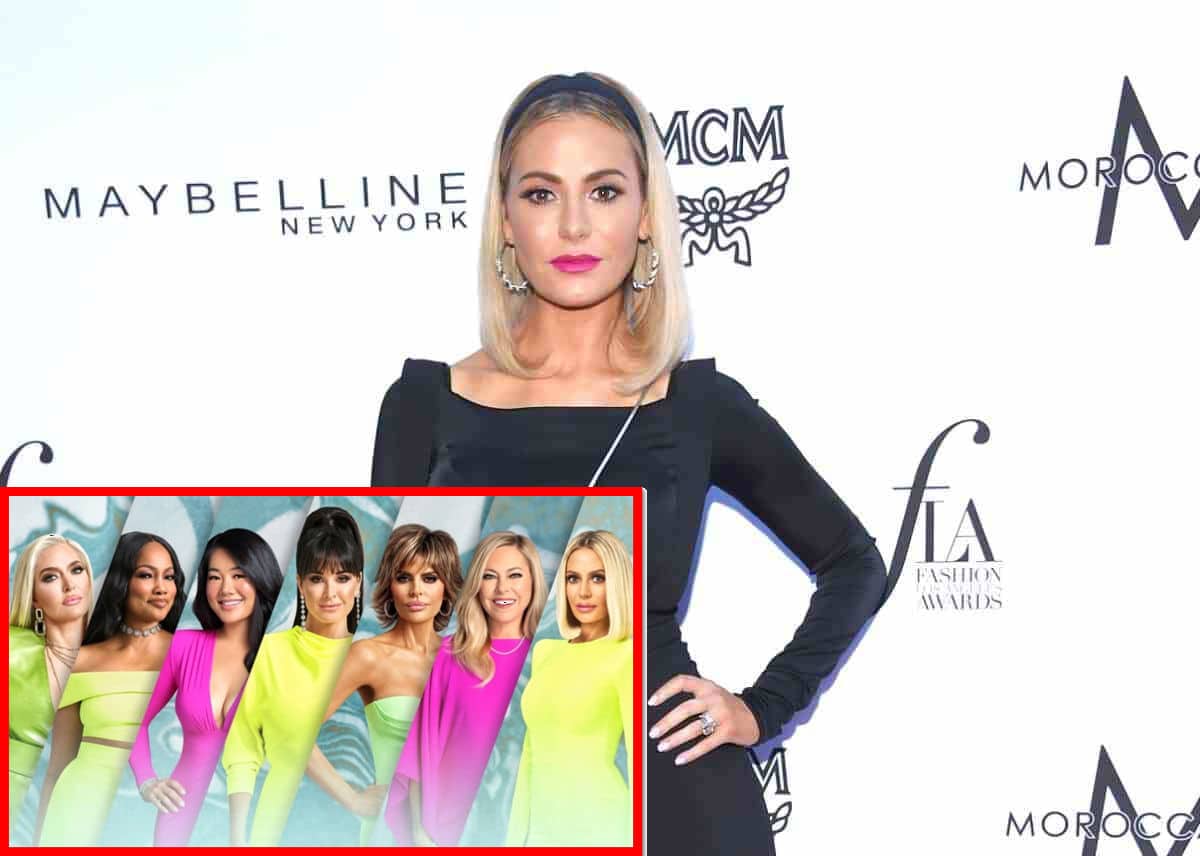 As Dorit Kemsley attempts to deal with the trauma she faced on Wednesday night, when a group of robbers broke into her $7.9 million Encino home and robbed her of her jewelry and handbags, photos of the devastation are being shared online.

As Dorit received visits from her Real Housewives of Beverly Hills castmates, including Kyle Richards, Lisa Rinna, Erika Jayne, and Teddi Mellencamp, Stu Mundel, an aerial photojournalist with SkyFox, posted an image of a broken window at the residence as well as other images of Dorit’s property.

In one shared by the reporter, a window was seen shattered as a woman, seemingly Dorit, stood nearby. And in a second, a ladder was spotted.

Although Dorit has not spoken publicly since the home invasion, which took place as her husband, Paul “PK” Kemsley, spent time in London, she was seen outside of her home in a gray hoodie with a phone in her hand.

On Wednesday night, just before 11 p.m., three men reportedly broke into Dorit’s home, where she and her two children, seven-year-old Jagger and five-year-old Phoenix, were sleeping, and they proceeded to ransack her belongings for 20 minutes.

During the robbery, Dorit, who was held at gunpoint, begged for her life before one of the men threatened to “kill her.”

“Don’t hurt my babies. Don’t kill me. I’m a mother,” Dorit said, according to a report from the Daily Mail.

Just three years ago, Dorit’s co-star, Kyle, and her husband, Mauricio Umansky, were faced with a break-in at their $8.2 million Encino home. Luckily, though, despite being robbed of over $1 million in items, they were not home at the time.

While Dorit is surely going through a difficult time following the devastating turn of events, Bravo is hoping to begin rolling their cameras for season 12 and capture the aftermath of the crimes.

“Bravo isn’t dumb. They know they would be missing out if they aren’t catching the moments after the home invasion. The producers will be doing everything in their power to get Dorit to start filming,” an insider told Radar Online.