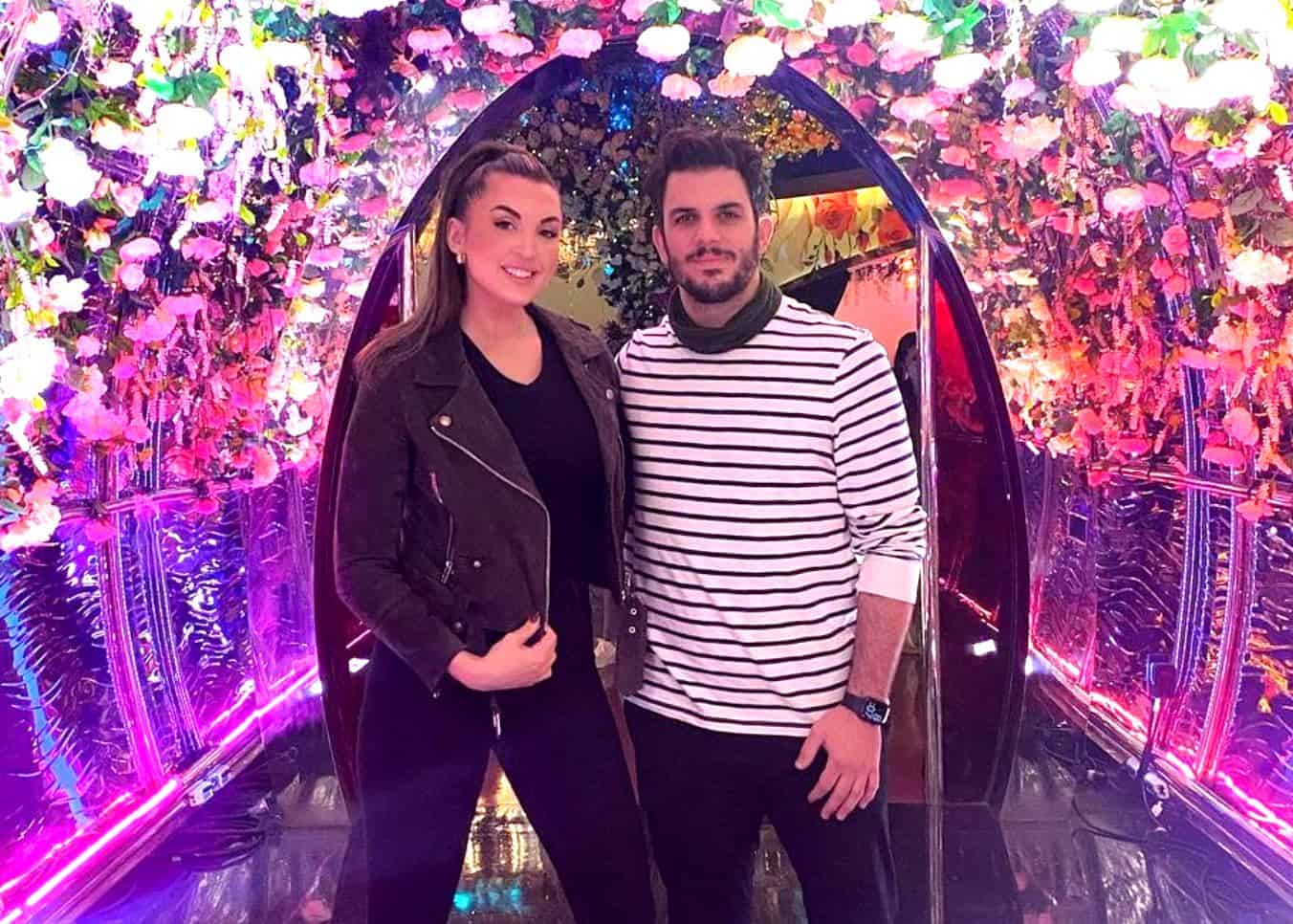 In a series of Instagram Story posts shared over the weekend, the Real Housewives of New Jersey alum and daughter of Jacqueline Laurita seemingly hinted at infidelity in her marriage by sharing text messages about a “sad clown b-tch” and a photo of a topless woman, who she deemed “garbage.”

In the text conversation, which was shared by All About the Real Housewives on Instagram, no explanation was given as to who the conversation was between or what it was about.

As for the topless image, it was also not disclosed who was featured. Instead, Ashlee wrote in a caption, “She said it. Not me.” 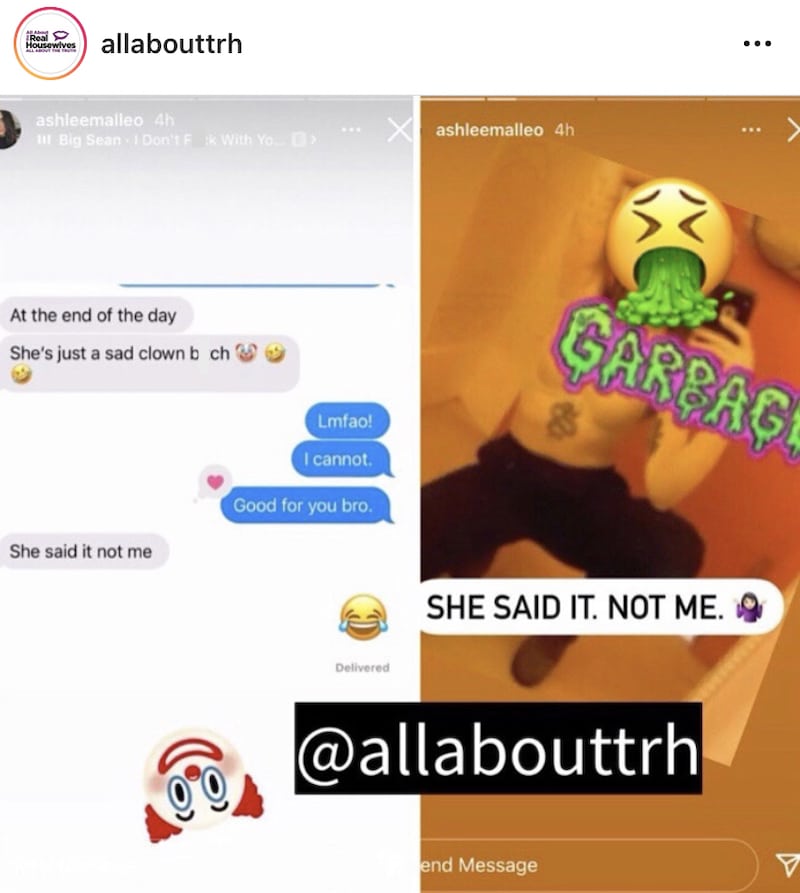 The outlet also shared another couple of posts shared to Ashlee’s Story.

“In case it isn’t clear… I am now single. Have at him,” Ashlee wrote in one post.

Meanwhile, in a second post, which featured a Christmas decoration, Ashlee said she was “making crafts with [her] son.”

“F-ck everyone and everything else,” she added. 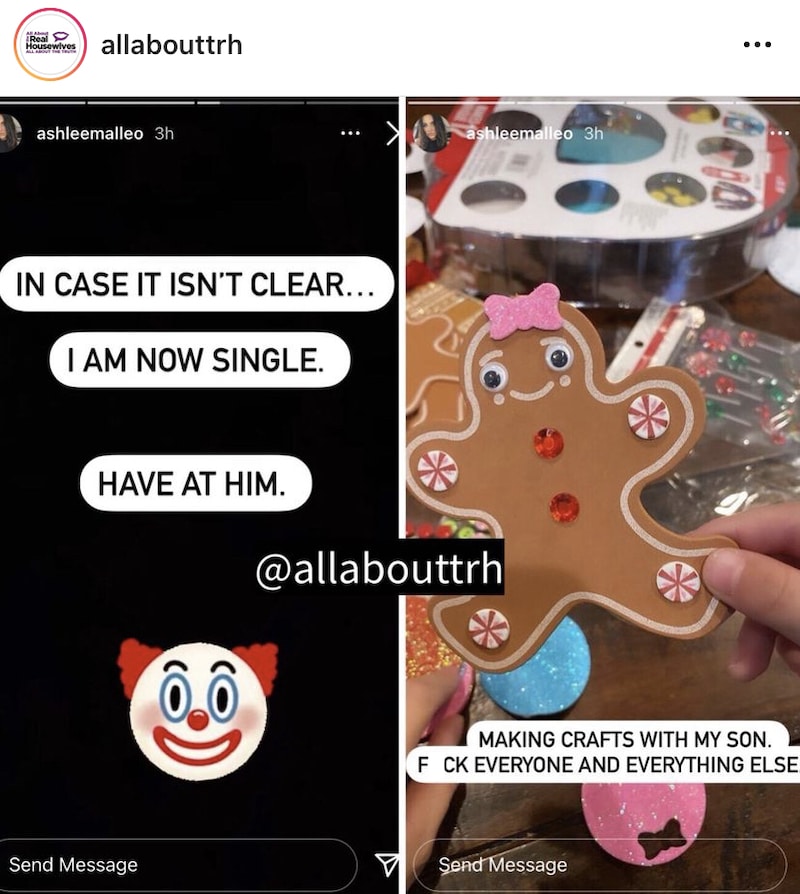 Following the slew of posts, Ashlee had a change of heart about certain things she said and erased the majority of them.

She then posted an audio clip with a telling message.

“Ok guys so here’s the deal: When I am hurting, I get very impulsive and obviously I shared some private things on here. This is messy. I’m aware. I really don’t know what else to say other than I’m impulsive and I’m aware it’s a mess and I deleted a bunch already,” she stated. “I just want to move on from all of this. I just put my son to bed and that’s really all I care about right now.”

After her statement to fans, Ashlee shared a couple of additional quotes on her Instagram Story.

“Oversharing is a trauma response,” read her first meme, which came from the Narcissist Survivor account.

“Stop expecting loyalty from people who can’t even give you honesty,” read her second. 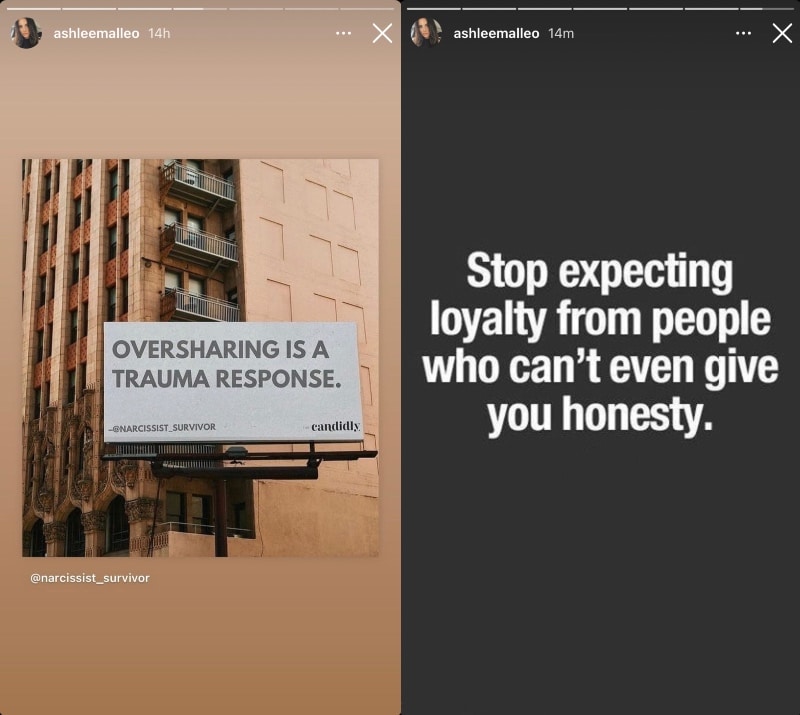 In July 2020, after just two years of marriage, Ashlee confirmed she and Pete had decided to separate.

“This was a difficult decision for us. We intend to always be in each other’s lives, and continue to support one another as we grow as individuals,” Ashlee explained. “We will continue being loving, dedicated parents to our son Cameron, who we both love more than anything. Our new goal in our journey through life together is to become the best co-parents that we are capable of being.”

Then, in February of this year, Ashlee revealed she and Pete were giving their relationship another shot and calling off their plans to divorce.