Home Below Deck Below Deck’s Sean Meagher Reveals His Biggest Tip Yet and Says Junior Stews Made $200K a Year as Captain Lee Explains Why Rhylee Was Stiffed, Plus Did Lee Tip Sean?

Below Deck’s Sean Meagher Reveals His Biggest Tip Yet and Says Junior Stews Made $200K a Year as Captain Lee Explains Why Rhylee Was Stiffed, Plus Did Lee Tip Sean? 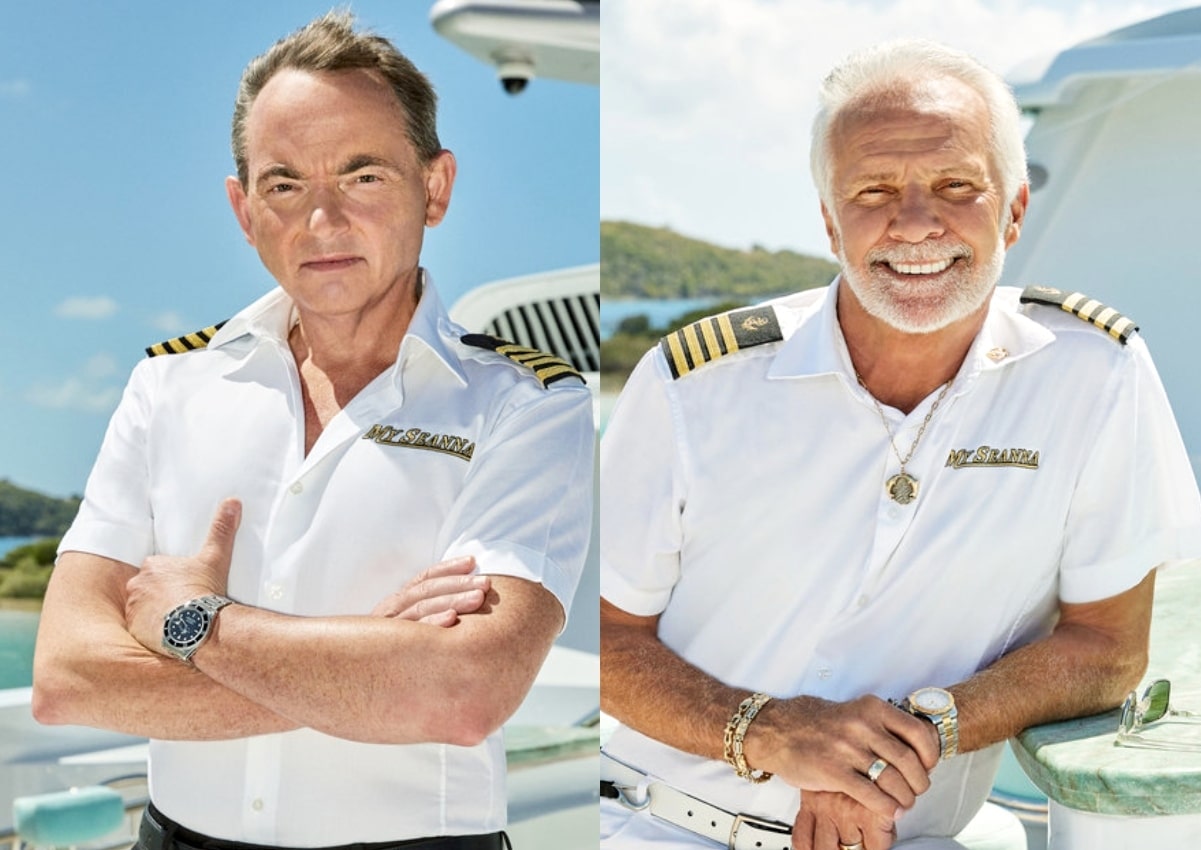 Sean Meagher opened up about the earnings of Below Deck cast members during an interview last week.

As Captain Lee Rosbach addressed the topic of tips and season seven’s Rhylee Gerber on Twitter, Sean revealed the whopping amount of money he and his co-stars, aka his crewmates, have been paid over the years.

“So that’s why when these guys talk about tips like I chuckle to myself because it’s like you guys don’t freaking know what real tips are,” he said.

According to Sean, the biggest tip he received was an impressive $82,000.

During his own interview with the outlet in 2019, João Franco of Below Deck: Mediterranean said it was common to make around $45,000 per summer with about 10 percent of that given in tips.

“Some cases even more,” he said.

As for Captain Lee, he has said that everyone on the boats receives tips, including the captains, and earlier this month, after a fan on Twitter wanted to know if Sean received a tip for season nine even though he didn’t charter the entire trip, Captain Lee confirmed he received half of his.

“No he didn’t, I gave half of my tip to him. He earned it,” Lee explained.

“Everyone on board gets tipped even the crew of which there may be up to 3 get tipped. Everyone shares,” he also revealed.

Last year, amid Below Deck season eight, Captain Lee was asked if he receives any portion of the guests’ tips.

“I do indeed share,” Rosbach replied. “We all do, even the crew you don’t see.”

As for Rhylee Gerber, who was briefly seen on season seven, Captain Lee revealed why she was not tipped at the end of last month.

“Rhylee didn’t get a part of the tip because she wasn’t even on board a full 24 hrs of the charter,” he tweeted in response to a fan question. “Tanner got sick while working and I didn’t need him infecting everyone. I told her that n she still agreed to it, no one stood up for her more than I did. Won’t comment again on this.” 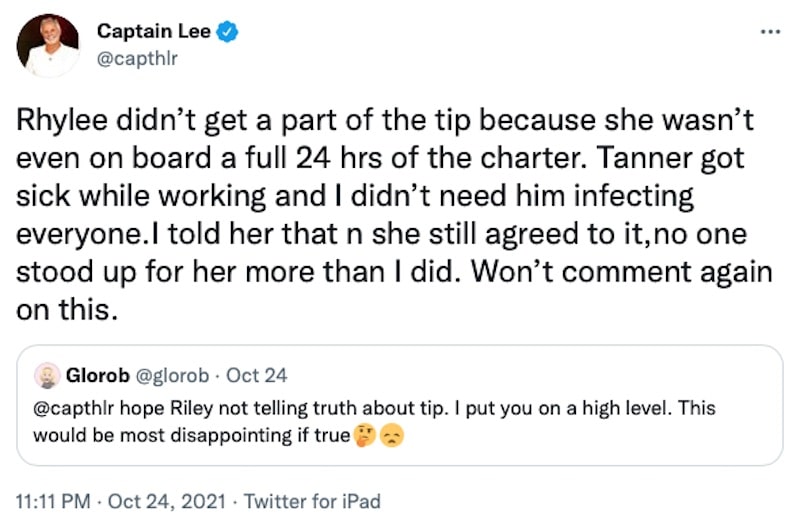 Rhylee previously voiced frustrations over the tip Tanner Sterback received despite the fact that he hadn’t worked at all during one particular episode.

“I see the episode prior where Tanner’s out,” she said on the Side Piece with Melissa Pfeister podcast. “Because he has a severe case of diarrhea and is sent to his cabin. [Rosbach is] like, ‘Here’s a full cut of tips.’ Even he sat out the whole f-cking charter. And Tanner was like, ‘Oh no, I can’t accept it.’ And Lee says, ‘I wouldn’t have it any other way.’ Literally on f-cking camera.”

Below Deck season nine is currently airing on Mondays at 9/8c on Bravo.