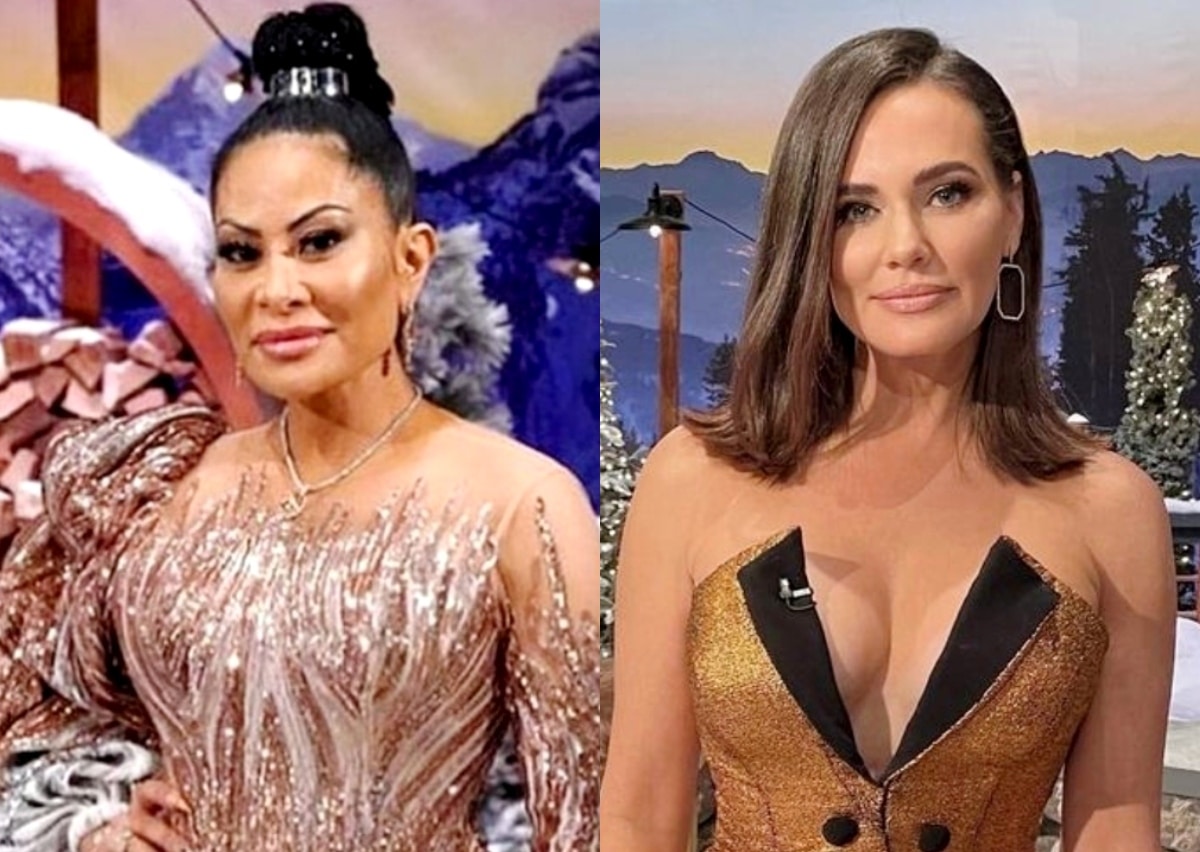 Jen Shah defended herself against claims made against her on the latest episode of The Real Housewives of Salt Lake City on social media as the episode aired.

After Meredith Marks suggested that Jen was not only involved in a theft at her store but also red-flagged by Louis Vuitton, Jen slammed her castmate for lying, denied being caught on film, and seemingly shaded Meredith for hypocritical behavior.

After coming across a clip of “security waiting outside Meredith’s store” and a caption that asked, “What the hell is going on in Salt Lake City,” Jen offered a telling response.

“Other than Meredith lying? Not much,” Jen replied, via Comments by Bravo on Instagram. 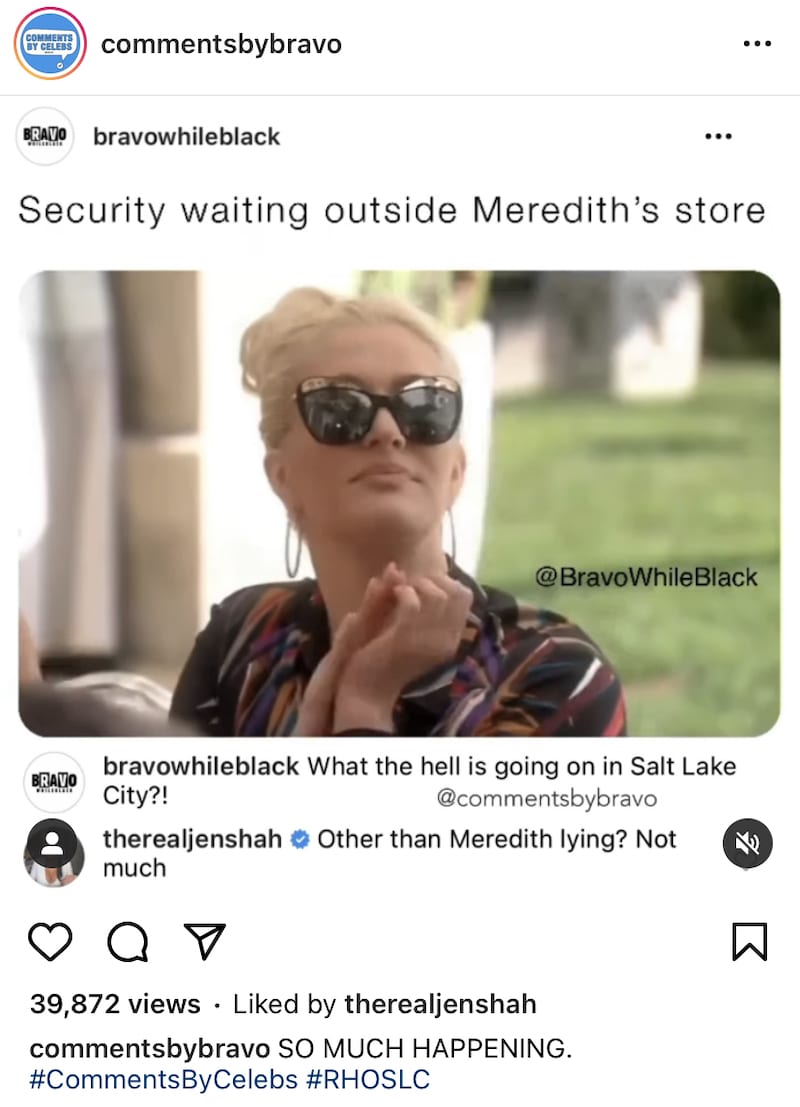 Then, after insisting that “lies” were being told on the RHOSLC episode, Jen responded to a fan who said there was footage of her walking out of Meredith’s store with the clutch Meredith claimed one of Jen’s employees had stolen.

“Jen, they had you on tape walking out [with] the snake skin clutch, sis!” the fan wrote.

“No they didn’t. That’s not accurate AT ALL WHATSOEVER,” Jen replied. 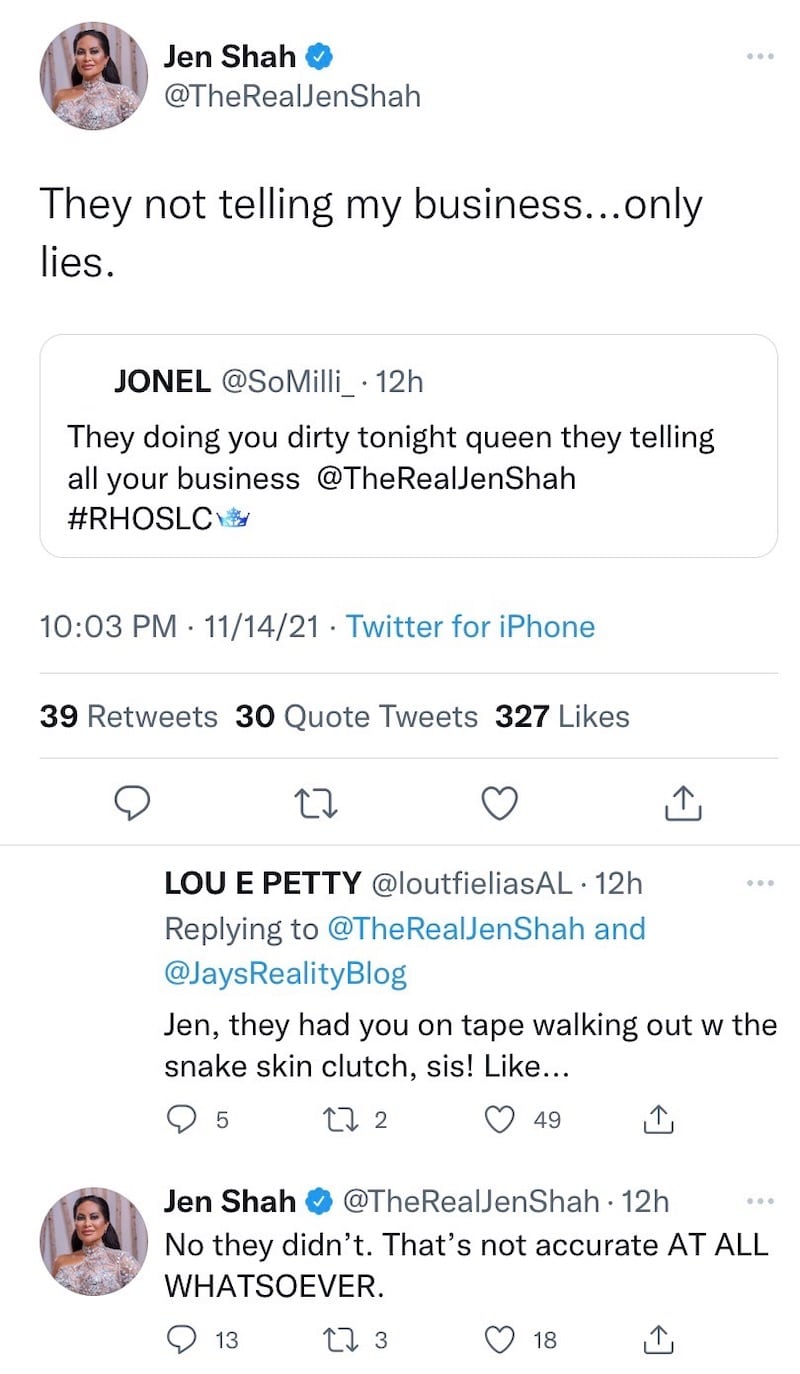 Jen also denied being the target of a blind item that suggested a Real Housewives star had been banned from Louis Vuitton for buying and reselling products from their store.

“Oh please…this is not about me,” Jen insisted. 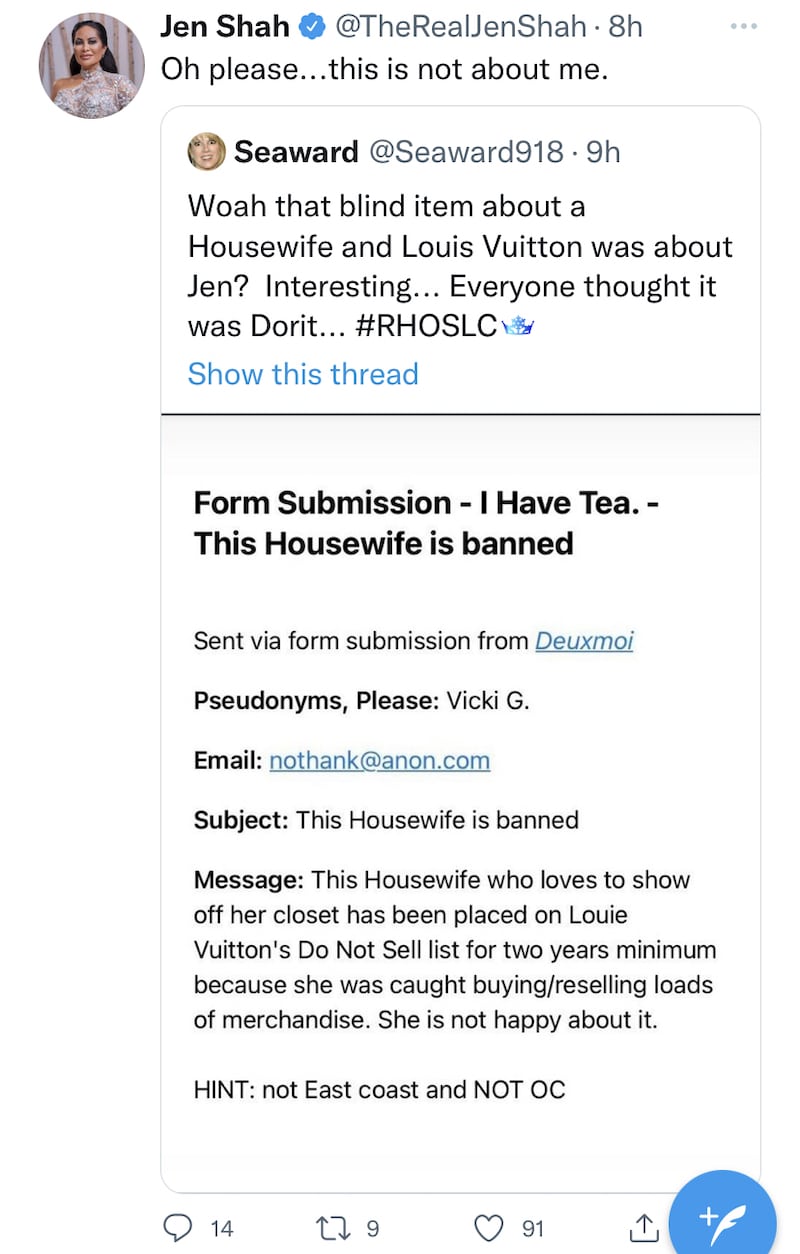 Jen went on to reveal that when it came to Meredith’s story regarding the supposedly stolen clothes, the incident in question occurred back in September 2020, prior to the taping of the season one reunion.

“What is on camera??” she continued. “Is this like when my vagina was supposedly on camera (but it never was)? Asking for a friend.” 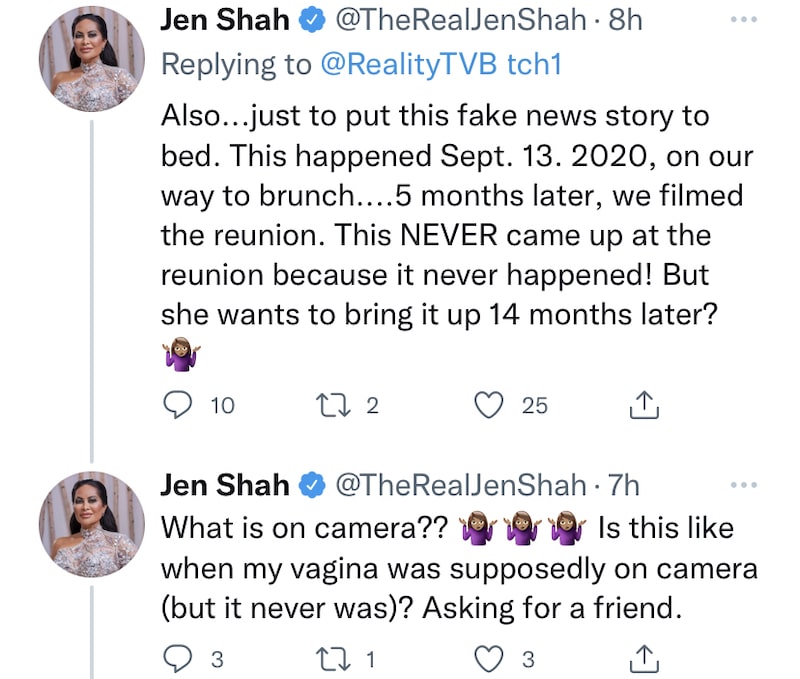 Also on Twitter, Jen seemingly threw shade at Meredith for being a hypocrite.

“Meredith doesn’t like when someone talks about her or her family but she has NO problem running her mouth about everyone else,” a fan noted. 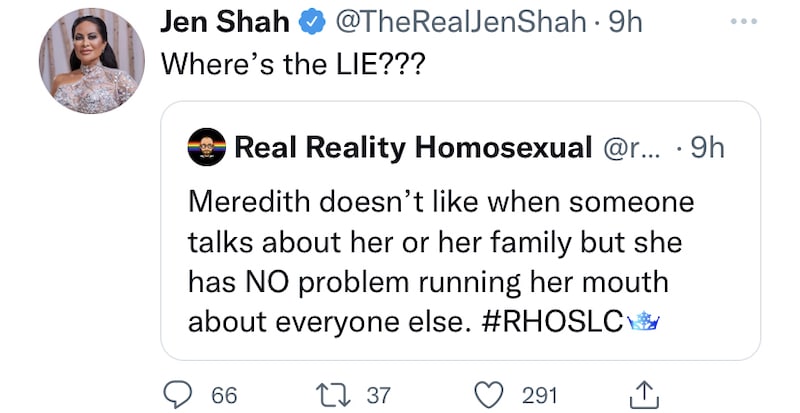 Meanwhile, on Instagram, Jen responded to a fan who pointed out that she was “innocent until PROVEN guilty” and encouraged her to “take care of [yourself], your mental and physical well being during this process.”

“Thank you so much. So many people have forgotten that party…innocent until proven guilty,” Jen agreed. “I’m [100 percent innocent and look forward to my day in court so everyone that doesn’t believe me, can learn a big life lesson. Stop judging and bullying and harassing people with ZERO FACTS, EVIDENCE OR PROOF.” 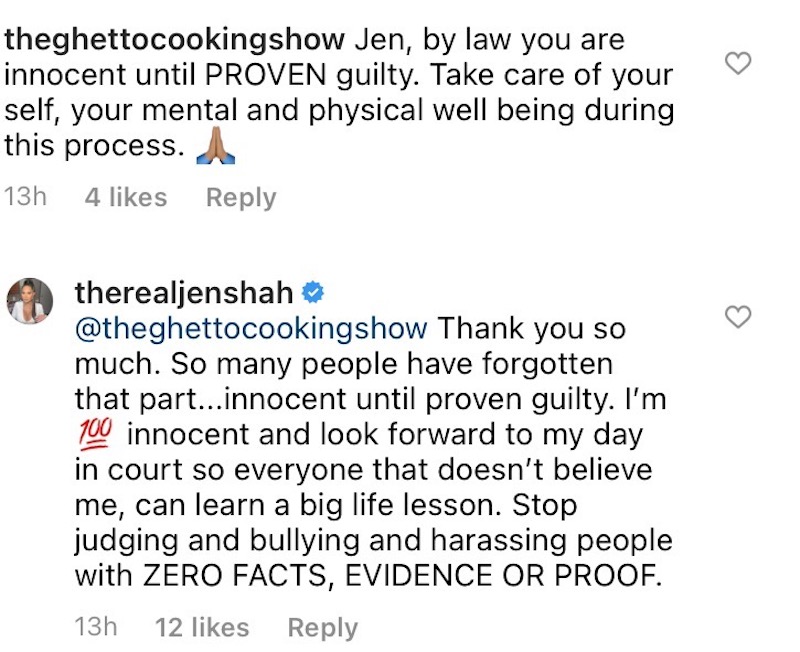