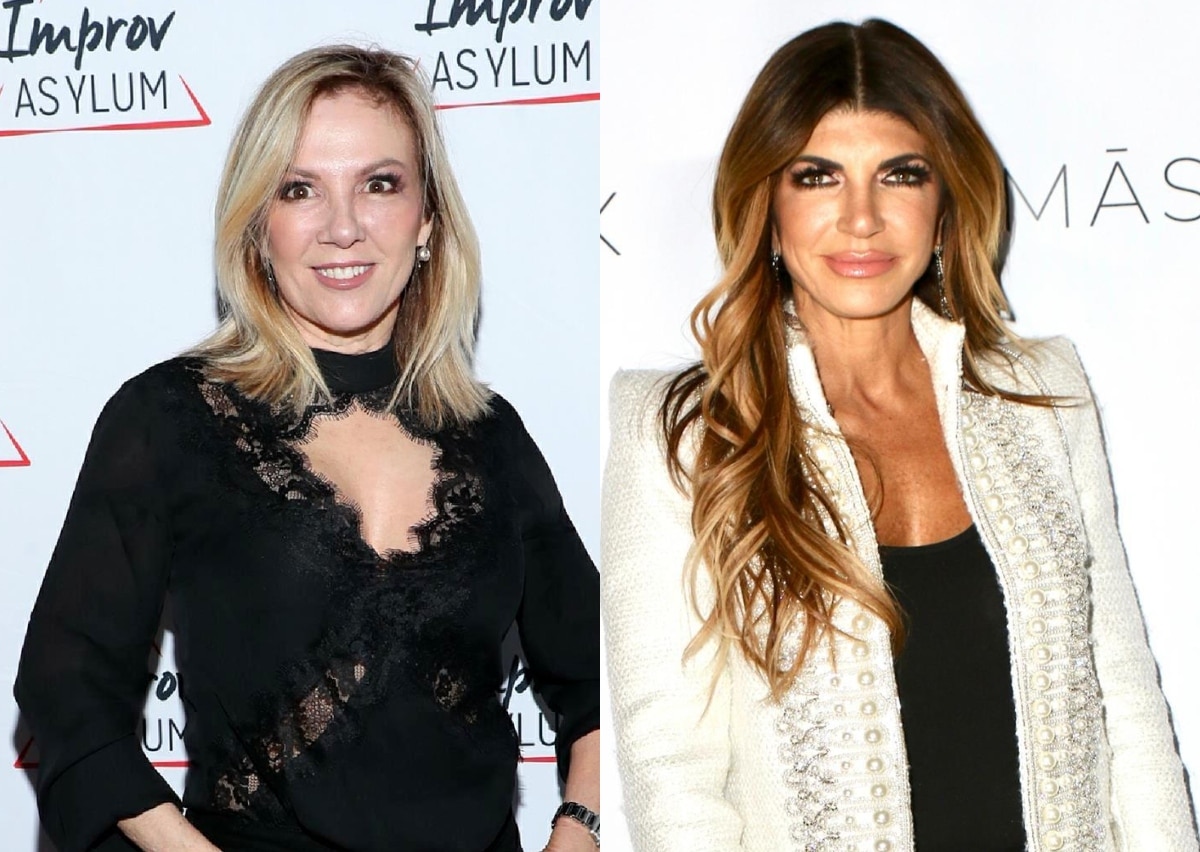 Peacock just dropped the first three episodes of The Real Housewives: Ultimate Girls Trip, and already the island is in an uproar thanks to Ramona Singer and her often ill-timed outbursts.

After a poor season 13 showing thanks to multiple failed episodes, the franchise reached an all-time low in ratings. Instead, Ramona, Luann de Lesseps, Kenya Moore, Kyle Richards,  Cynthia Bailey, Teresa Giudice, and Melissa Gorga will be spending time on Turks and Caicos while they try to bond as a unit and fix the franchise.

Within five minutes of the first episode, fans already had their faces in their palms as Ramona insulted Teresa by calling her a “Scarecrow.” While FaceTiming with Kyle, Ramona was heard asking how she handled the New Jersey native for an extended period of time. Kyle looked taken aback by the question, especially when Ramona continued her rant, insisting, “Because she reminds me of a Scarecrow, ‘if she only had a brain.'”

The scene then cuts to Ramona talking with the Countess as she asks her to have her back, especially when she messes up with the women. Luann laughs but replies, “Of course. Until you put your foot in your mouth, and then you are on your own.”

As the Real Housewives all travel in their luxury SUVs to the airport to meet, Melissa decides to share with Teresa what Ramona said behind her back.

“There’s one thing I wanted to tell you. I didn’t want to tell you until you were in this car. But Kyle called me while I was packing and told me Ramona called you the ‘Scarecrow.’ Do you get it?”

Teresa was left confused as she gave an uncomfortable giggle and replied, “Yeah, no. I don’t get it.” Her sister-in-law broke the Wizard of Oz comparison down for her, saying, “She was saying the Scarecrow has no brain.”

In an attempt to boomerang the insult back to Ramona, the Skinny Italian author then accused the Singer Stinger of being the Tin Man, who apparently also did not have a brain, according to Teresa. “Like if you look at her and how she acts, it kinda looks like she doesn’t have a brain.”

While the women were all enjoying dinner at Da Conch Shack — fans will recall the eatery from The Real Housewives of New York City season seven as the place where Ramona “conch blocked” her girlfriends — the blonde went on yet another apology tour. After expressing regret to Kenya about calling her out of her name, Teresa piped up. “What about the Scarecrow thing?”

Peacock fans took a collective breath as they waited for Ramona’s retort, which was simply, “I didn’t know you.”  Ramona pressed forward, admitting that she enjoyed being around smart women, and she wasn’t sure Teresa had any brains, saying, “I wasn’t really sure how bright you were.”