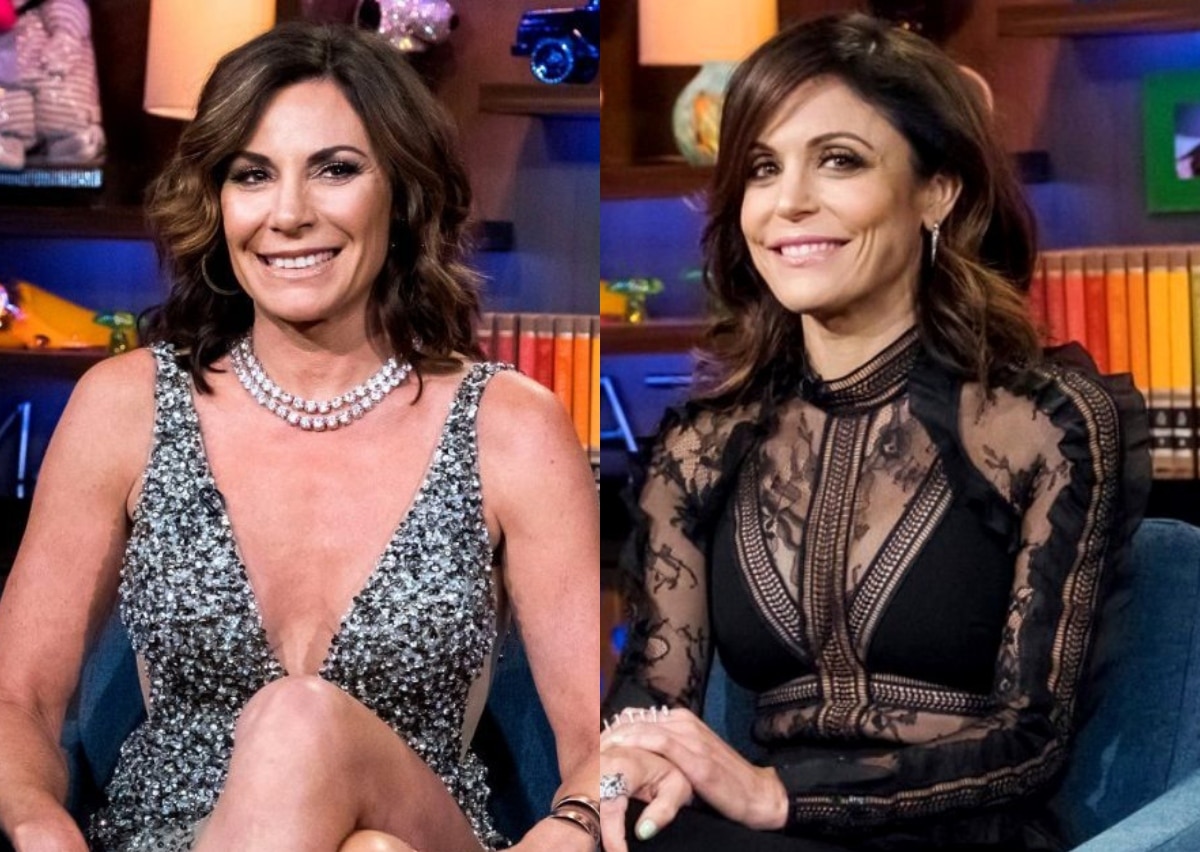 Dave Quinn’s new tell-all book, Not All Diamonds and Rosé, is shaking up everything viewers know about the Real Housewives of New York City. In a bombshell chapter, Carole Radziwill and Ramona Singer confirm that Bethenny Frankel set up an iconic moment in the franchise: the cheating photograph of Luann de Lesseps‘ ex-husband, Tom D’Agostino.

Bethenny claimed that a friend of hers saw Tom kissing another woman and snapped a photo of it. Carole, however, said Bethenny knew the woman kissing Tom and told her to text Bethenny when they were together again (so she could send someone to photograph it). Ramona confirmed this story.

In an interview for the Behind The Velvet Rope With David Yontef podcast, Luann said she “wasn’t surprised” to find out Bethenny planned the iconic photo (which left Luann in tears, humiliated). “Karma’s a b****,” Luann expressed. “That’s all I got to say.”

The cabaret performer also discussed the cancellation of last season’s reunion. She revealed it was “disappointing,” but she also felt that the women, “said everything [they] had to say.”

She then addressed the new season of RHONY, which was put on hold. Luann stated, “The show is definitely coming back… I just know that there will be a next season and I’m really looking forward to getting… our girls back on Bravo.” The reality star believes the show will be even more powerful.

Although Luann admitted she was “not involved” directly with casting decisions, she said, “I weigh in heavily on who might be casted.” She didn’t seem to be worried about losing her spot on the franchise, and she explained that she has “staying power” because she’s been on RHONY for 13 years.

Luann doesn’t know the new cast lineup, but she expressed, “I just know that whatever, and whoever is on next season, it will be stronger than ever… New York City ain’t going anywhere.”

On The Kelly Clarkson Show, Ramona warned people not to believe everything they hear about casting decisions (certain rumors were surfacing that Ramona was going to get axed before a Bravo investigation apparently cleared her of allegations of racism).

In the Real Housewives: Ultimate Girls Trip, which just aired on Peacock, Luann is already putting out the flames of her friend Ramona, who declared that RHONY was the reason the other shows existed.