Katie Maloney Slams Tom Sandoval for “Huge Lie” About Using Bar for Storyline on Vanderpump Rules, Calls Him Out for Trying to “Discredit” Her 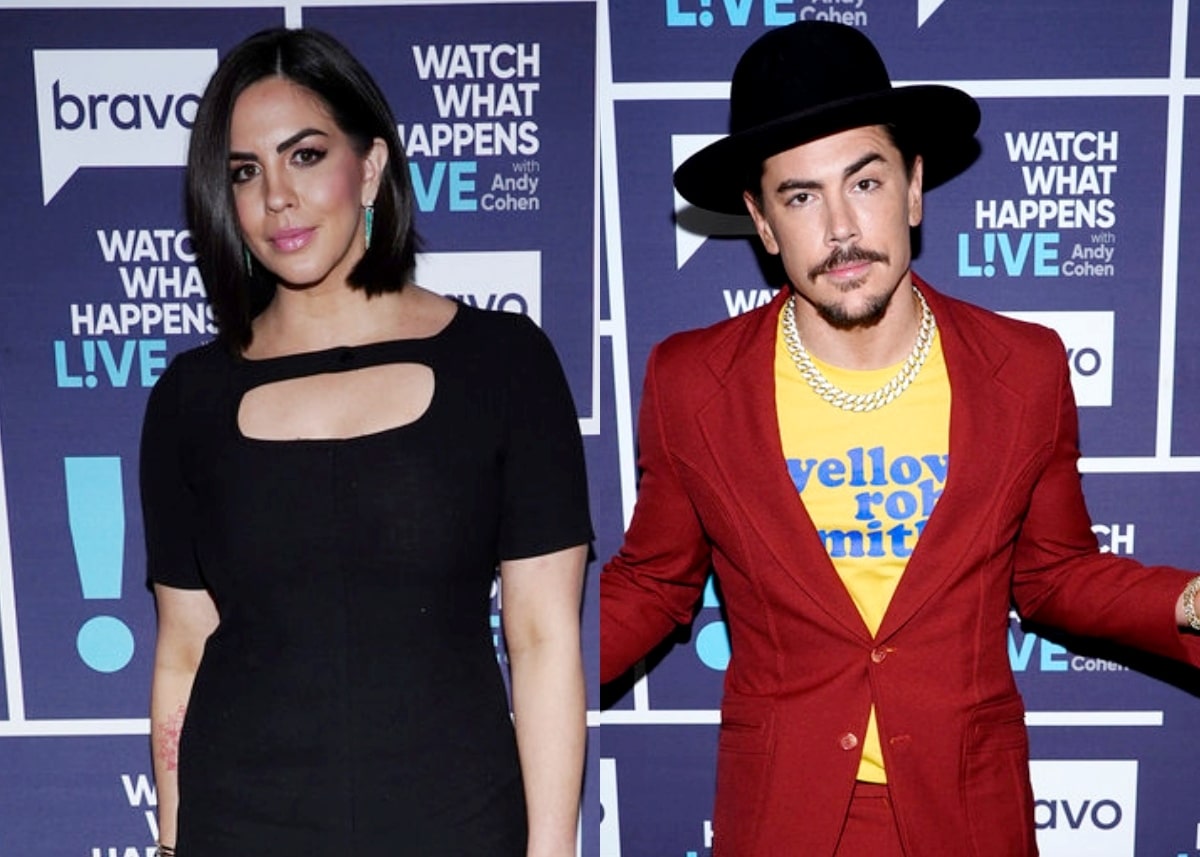 Katie Maloney spoke out against Tom Sandoval in a series of videos shared to her Instagram Story earlier this week.

After Sandoval appeared on a podcast, where he accused Katie of attempting to use his and Tom Schwartz‘s bar for her Vanderpump Rules season nine storyline, and later dissed her on Watch What Happens Live alongside girlfriend Ariana Madix, Katie accused him of lying and trying to “discredit” her.

As Sandoval continued to make it clear that he did not want, or see a point, in Katie being involved in his and Schwartz’s new bar, despite any experience she may have had, either in her hometown of Park City, Utah, or Los Angeles, Katie explained her restaurant history to her fans and followers.

“[My mom] ran a restaurant in [Park City]. I worked there from the time I was like 13 years old. I grew up in it basically. And then I moved here and I worked in a million restaurants,” she revealed.

Then, as her video continued, Katie said, “Let’s talk about another thing you tried to discredit me on: When he said I tried to use him for a storyline, which was adorable and also a huge lie.”

“He said I called him for the first time in months. Not true,” Katie noted. “I texted him December 7 and said, ‘Hey, there’s something I’d like to talk to you about, not dramatic or crazy, something I’ve been talking to Tom about [and] would like to chat with you about he said, ‘Yeah sure,’ and then we talked.”

According to Katie, she spoke to Sandoval with Schwartz at her side about the bar.

When Katie approached Sandoval about getting involved with the bar, she was open to doing anything that made sense, including training employees.

At the end of the video, Katie had a stern message to her cast mate: “Sandoval, bro, stop treating me like I’m some thirsty b-tch, bro! Come on.”

While appearing on the December 1 episode of the #NoFilter with Zack Peter podcast, Sandoval gave a much different version of his phone call with Katie.

“This was probably the first phone call I had gotten from her in just a very long time… I understand what she was asking and it was basically, like, ‘I know you guys are going to be filming, talking about this and I want to be able to film,’” he revealed.