RHOC: Tamra Judge Threatens to Expose Shannon Beador After Shannon Slams Her as Thirsty and Shades Her For Dissing Friendship 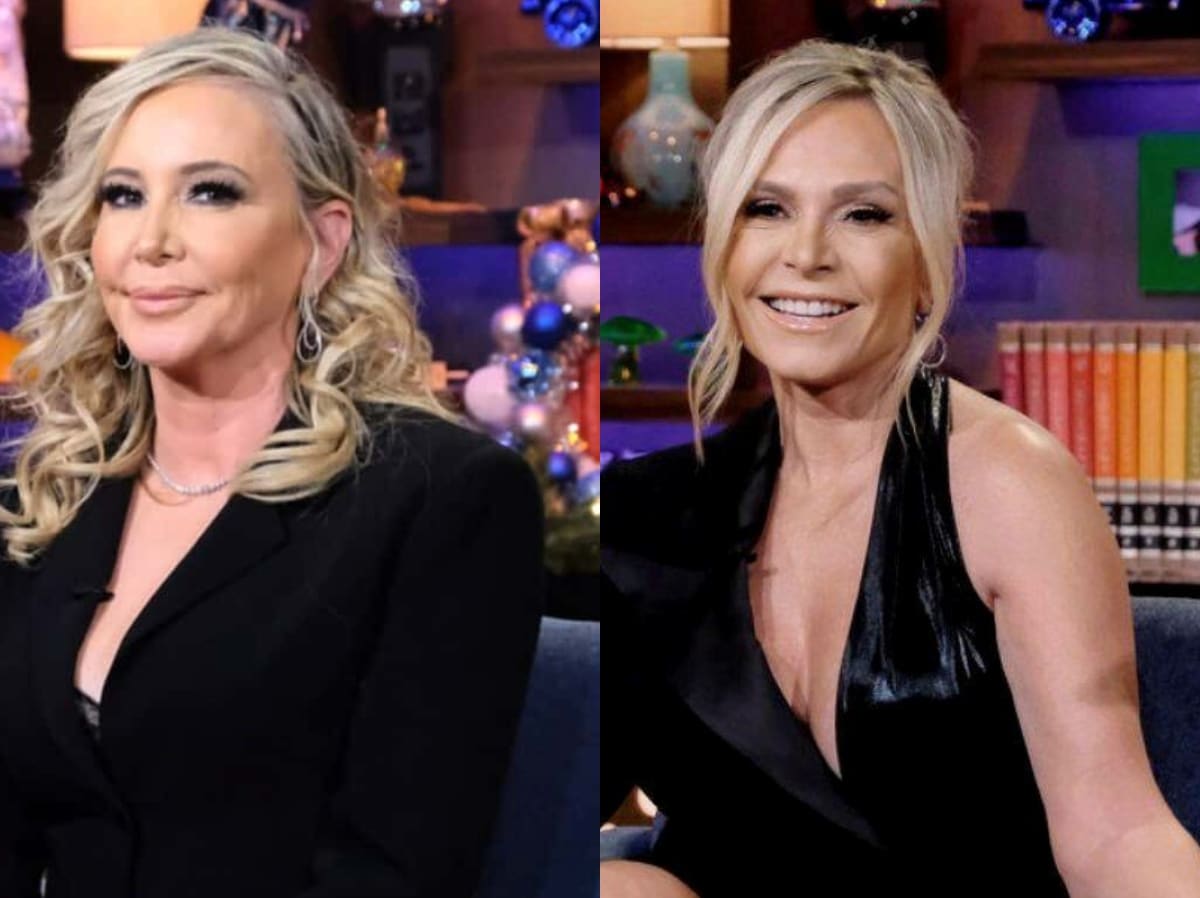 After host Andy Cohen asked her about Tamra’s claim that she was “exhausting” and made their friendship all about her, the Real Housewives of Orange County cast member slammed Tamra as thirsty, saying she “went way too far” as her former castmate fired back at her on Instagram.

“I think she went way too far and I didn’t want to go tit for tat in our friendship at the time and now I regret it,” Shannon told Andy on the January 19 episode of WWHL.

Shannon also slammed Tamra when asked, “Who is thirstier?” She was given the options of either Tamra or Kelly Dodd.

Meanwhile, as the episode aired, Tamra surfaced on her Instagram Story, where she provided a clip from the show and responded to the comments Shannon made about her.

“Oh please let’s go ‘tit for tat,'” she begged in her caption. “You are exhausting and everyone knows it! To quote [Heather Dubrow], ‘When everyone says you’re dead, it’s time to lay down.’ Bye Shannon.”

Tamra then continued her rant against Shannon in another IG Story and encouraged her to “find new material.” 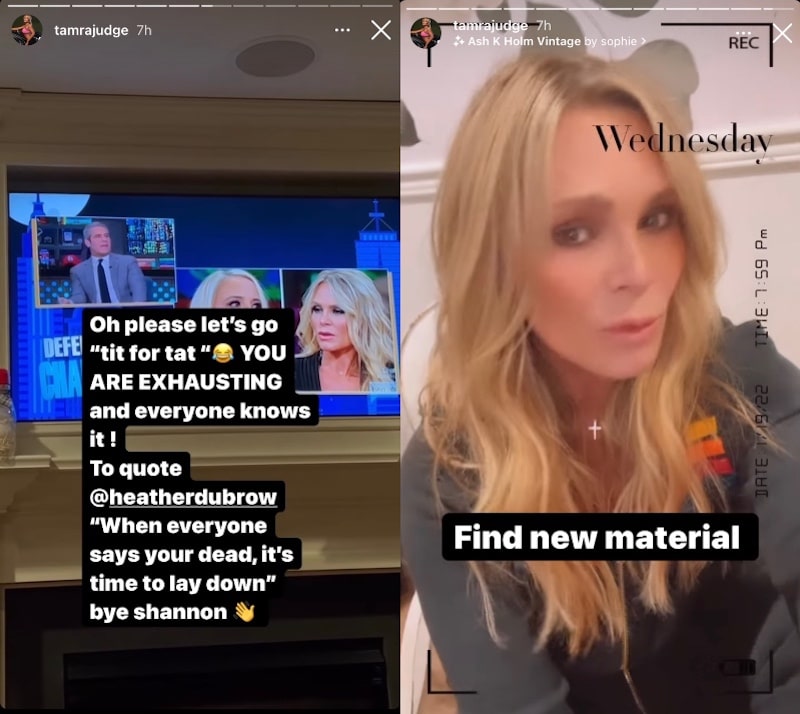 “When someone is constantly telling you, ‘I’m a good friend. I’m a loyal friend. I went out of my way to be nice to you.’ Wah, was. You’re full of sh-t. You’re only trying to convince yourself,” Tamra stated.

According to Tamra, she is considering exposing Shannon on an upcoming episode of her and Teddi Mellencamp‘s new podcast, Two T’s in a Pod.

“I really have so much more to say but I’m keeping it aside. Or maybe I’m just, I’m going to expose it on Two T’s,” she warned. “But you know what sweetie? I’ve got so much on you. You really should watch what you say. It’s not a threat. It’s a promise. No one wants to hear your nonsense anymore. We don’t want to hear about how you gained weight and you got a belly and Vicki made you gain that weight. Or, we don’t want to hear about how [David Beador] cheated on you nine years ago. Or the divorce, how it’s still hurting you yet you have a boyfriend [John Janssen] that you’re so happy with.”

“Shut up. Stop talking about me,” she added.

The Real Housewives of Orange County season 16 airs on Wednesdays at 9/8c on Bravo.