RHOSLC’s Jen Shah Blasts Lisa for Mentioning Marriage on WWHL, Spotlights Her 10-Yr Friendship With Jennie, and Reveals She’s Blocked, Plus Shades Lisa as a “Snake”‘ 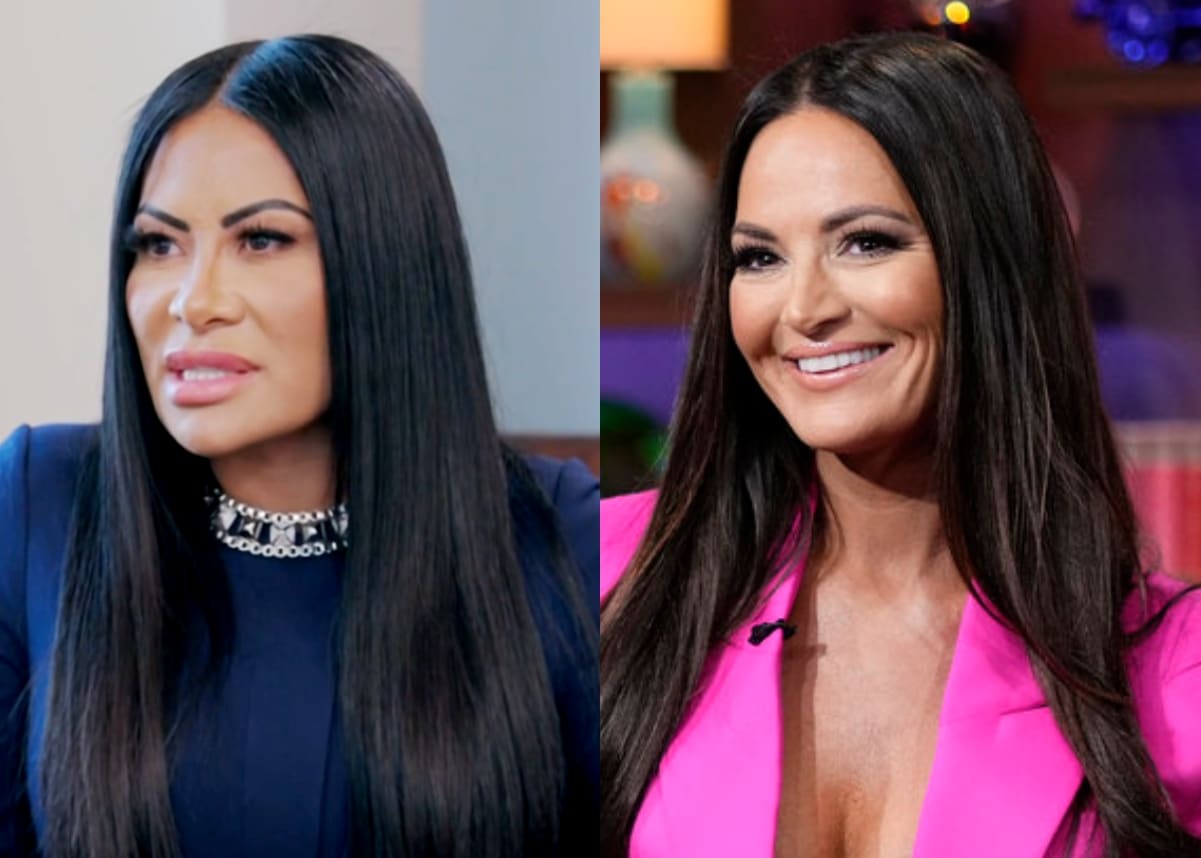 Jen Shah took to her Twitter account on Sunday night after learning Lisa Barlow had mentioned her marriage to husband Sharrieff Shah on Watch What Happens Live.

In a series of messages, the Real Housewives of Salt Lake City cast member took aim at Lisa by mentioning her decade-long friendship with Jennie Nguyen, whose racially insensitive Facebook posts were recently exposed, and shading her as a “snake” for throwing her friends under the bus.

“Hey [Lisa Barlow]…saw your cute appearance on WWHL [tonight]. DO NOT EVER speak on my marriage or mention my husband’s name. Period. Instead, worry about your performative allyship and friend of 10 years [Jennie Nguyen] and what excuse you’re going to use now,” Jen wrote on January 24.

Then, when one of her followers pointed out that Lisa actually said it was a “tie” when Andy Cohen asked her whose marriage would last longer between Jen’s and Meredith Marks‘, and noted that she had shut down claims of an affair, Jen said she doesn’t want Lisa talking about her marriage at all.

“She’s the one that started the rumor in Vail with the group of ladies. I would prefer she just doesn’t comment on my marriage period,” Jen replied. 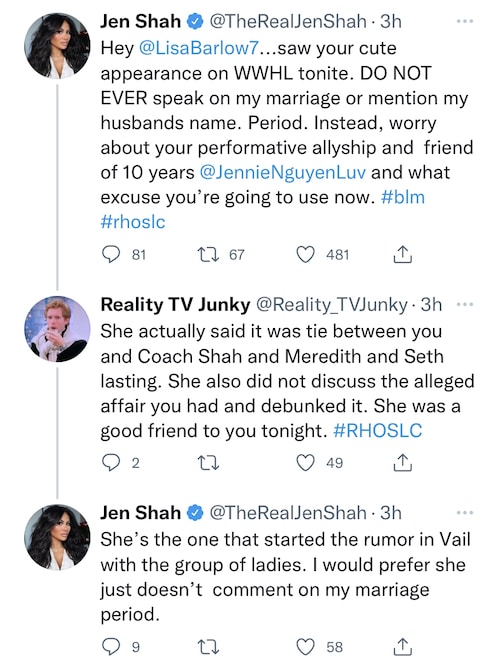 Meanwhile, on her Instagram Story, Jen reacted to a tweet that suggested she and Lisa unfollowed one another amid the controversial WWHL episode.

“I didn’t unfollow Lisa… She removed me as a follower. I’m sure that was just a mistake though,” Jen explained. 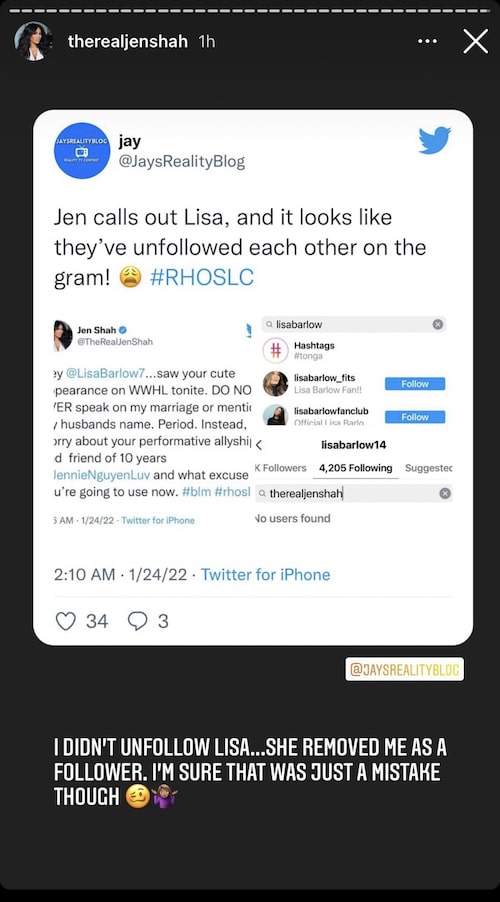 In another post, as Big Sean’s “I Don’t F-ck With You” played in the background, Jen took aim at Lisa for having the back of Meredith Marks by resharing a post from an RHOSLC viewer.

“How many more times are her actions going to be justified? Throwing her friends under the bus? Including her ‘best friend’ Meredith. Her true colors have been shown. Time to accept it, Lisa Barlow is a snake,” the person had written, along with a photo of Jen and Lisa, who was covered by an image of a snake. 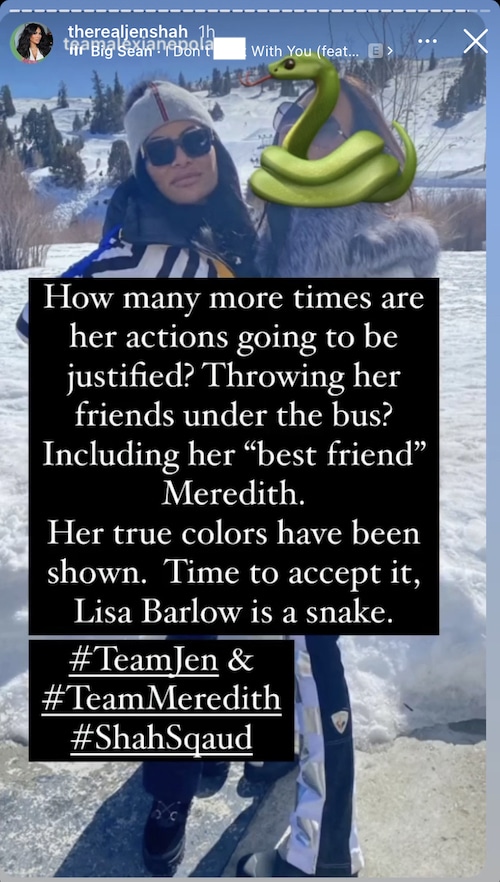