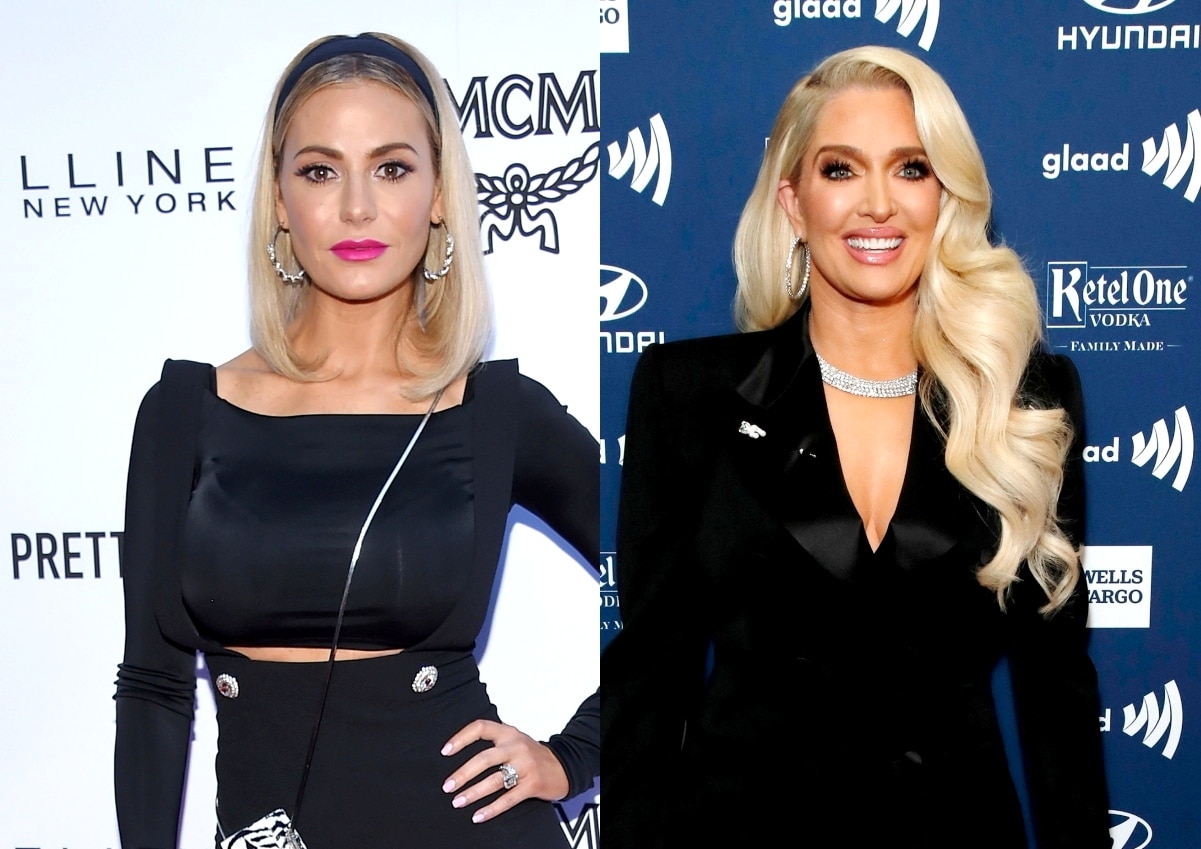 The Real Housewives of Beverly Hills star Erika Jayne is ready to move onward and upward amid filming the new season of the show, according to castmate Dorit Kemsley.

Dorit continued, “I think it’s still, you know, a battle and it’s not over, but I think that she is doing better and better.”

I think the term “better” here is very relative. After all, the singer was just met with another setback in her husband Tom Girardi’s bankruptcy lawsuit. A pair of diamond earrings that are estimated to be worth around $1.4 million, which were gifted to Erika by Tom, are being demanded to be turned over as part of assets that can be seized to help pay back embezzled funds to the widows and orphans he is accused of owing money to.

As of right now, Erika has handed them over to a third party to be held while the court sorts the matter out.

The entertainer has also garnered backlash for the high price but low quality of her new hair extension line.

During the previous season of RHOBH, Erika attempted to say all she could about the lawsuit matters, and she showed up at the reunion and answered a lot of hot questions.

At that time, she said, “We are a long way from finding out what really happened here.” She added that she was “happy to say everything” she could on the situation.

In terms of what Erika can say or not say in the new season of RHOBH, Dorit stated that Erika does indeed open up so much more about the inner details regarding the state of her life.

Back in November, Erika told Extra’s special correspondent and her former co-star, Teddi Mellencamp, “Everything’s good. Life is turning in a positive direction.”

The Real Housewives of Beverly Hills is currently filming season 12, which is expected to air sometime this year on Bravo.