PHOTO: Braunwyn Windham-Burke Shows Her Cancer Scar as RHOC Alum Encourages Fans to Get Checked for Melanoma After Discovering “Mole” 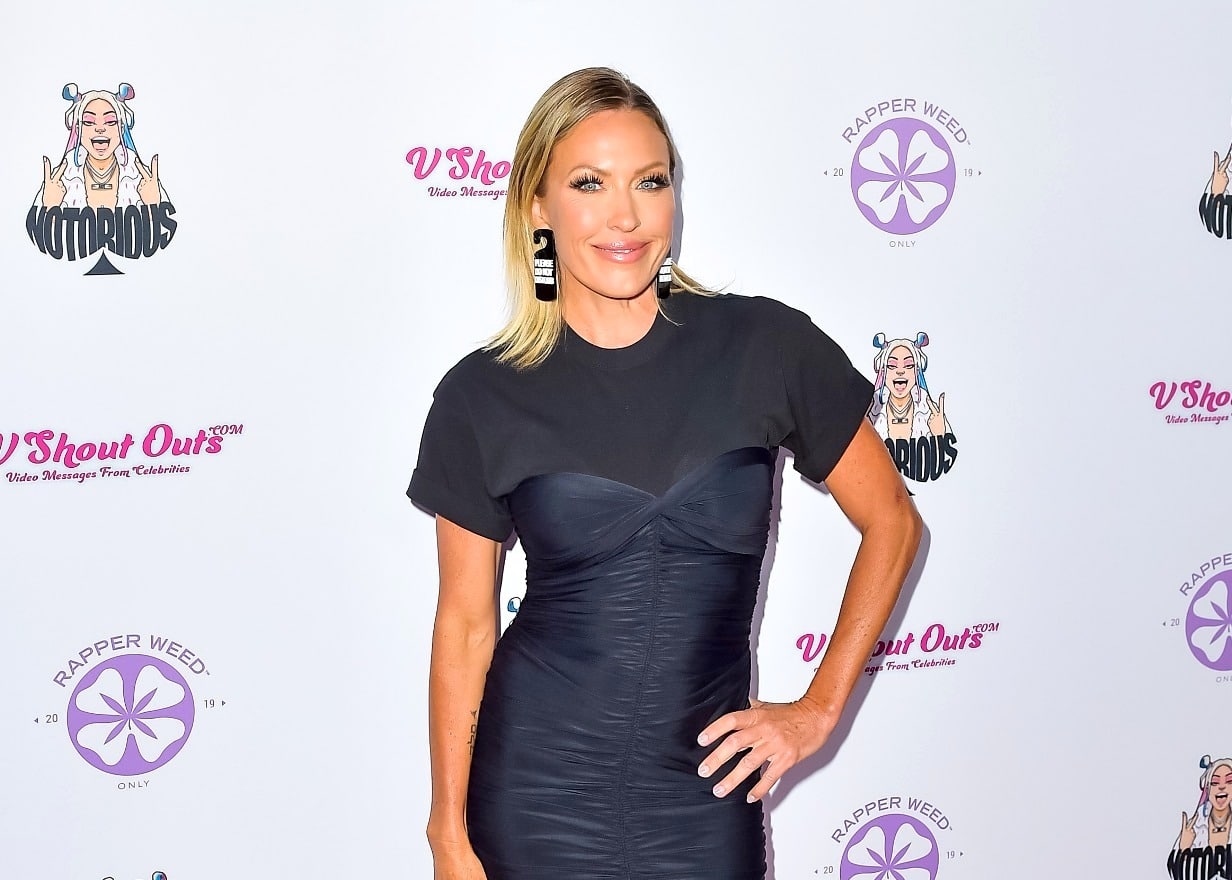 Braunwyn Windham-Burke took to her Instagram page on Sunday to reveal the recent removal of an apparently cancerous mole.

Along with a shocking photo of a very large scar across her chest, the former Real Housewives of Orange County cast member, who appeared on the 14th and 15th seasons of the Bravo reality show, encouraged others to “get yourselves checked” and said that her cancer ordeal began with the discovery of “one little ‘mole.'”

“My cousin died when he was 36 of melanoma. F*ck cancer, and get yourself checked, PLEASE. All of this from one little ‘mole,'” Braunwyn wrote on Instagram on March 6.

Braunwyn then told her online audience to embrace their potential scars and their lives.

“Do yourself and your family a favor and book your appointment today. Embrace the scars that might come with it, but embrace the importance of your health and life as well,” she continued. 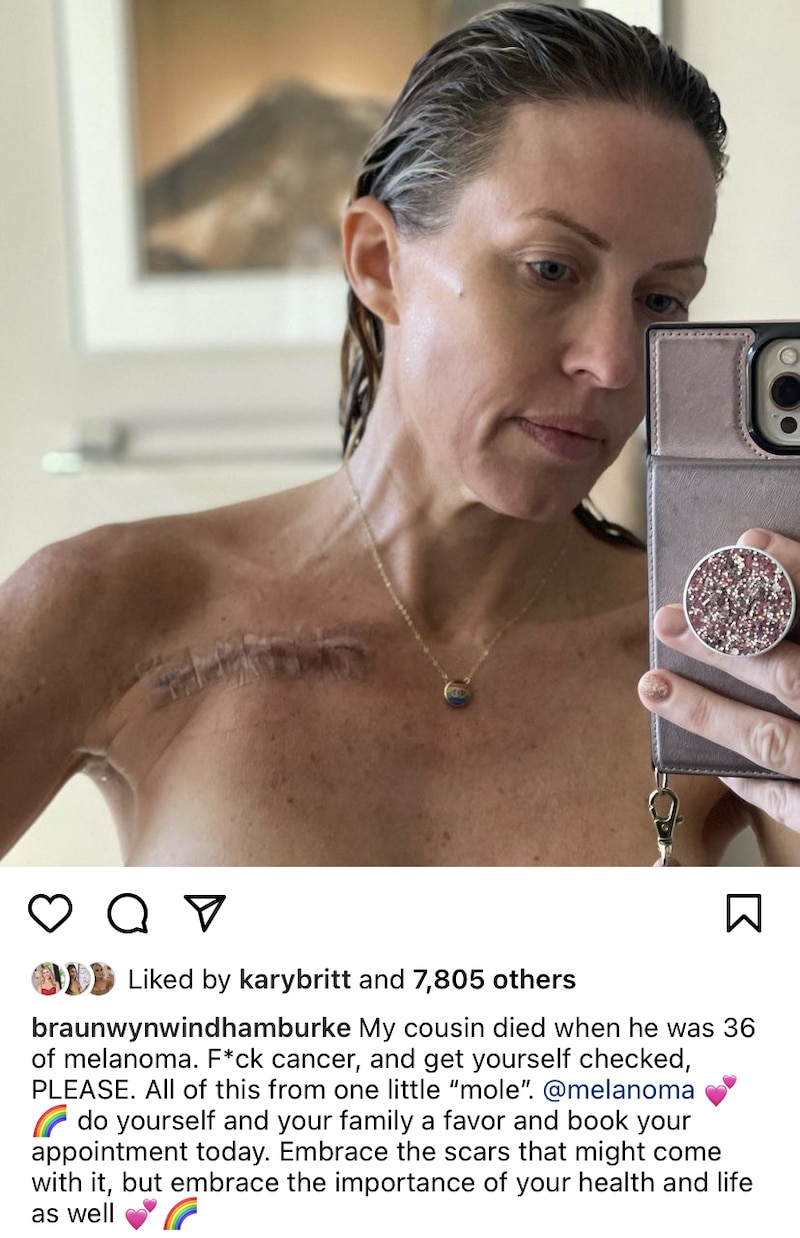 In the comments section of her post, Braunwyn received a ton of supportive messages from her fans and followers, as well as some kind words from her fellow Real Housewives, including her fellow RHOC alums, Meghan King and Tamra Judge.

“Sending you all the love for a speedy and easy recovery,” added Margaret Josephs of The Real Housewives of New Jersey.

“Omg I’m glad you are ok! Sending you all the love,” Kary said.

“Love and miss you,” Kiki added. 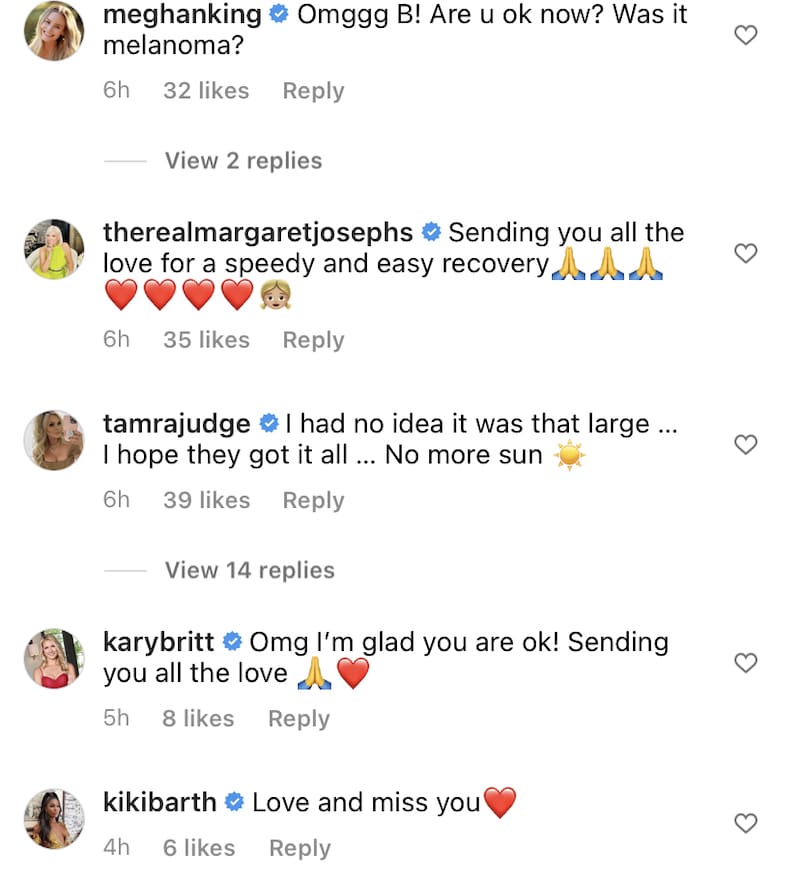 As RHOC fans may recall, Tamra went public with her past bout with melanoma in 2017 with an emotional post on Instagram.

“I work out hard for this Booty. I was planning on competing again in November at 50 years old, but I’m not sure that’s happening now. It looks like God has a different plan for me. Im showing you this picture because this is what melanoma looks like,” Tamra wrote in the post. “I don’t want sympathy, I want you to save YOUR a– and get your skin checked/ This was just a small black flat freckle…. I had no idea! I’ll be fine because my faith is strong and my Ass ain’t bad either. Thank you [California Coastal Dermatology]. Going to be honest I’ve been a little sad, worried and pissed off. But we caught it early and that makes me happy.”