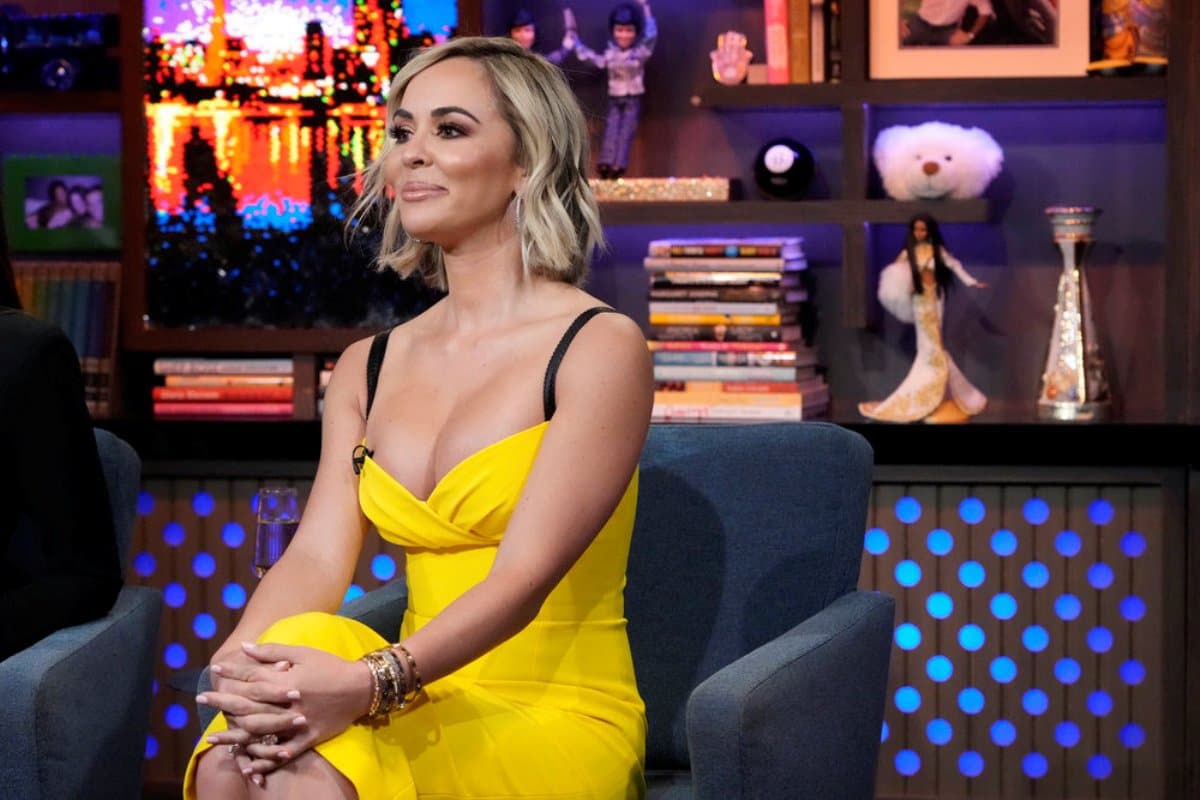 Dr. Nicole Martin and her fiancé, Anthony Lopez, celebrated their engagement over the weekend with an over-the-top bash at the Historic Alfred I. duPont Building in Miami that was attended by several of their Real Housewives of Miami castmates.

In videos and photos shared on Instagram, Nicole and Anthony, whose engagement was confirmed at the RHOM season four reunion, were seen dancing the night away with their friends as Nicole also posed for a number of photos with the likes of Guerdy Abraira and Kiki Barth.

“Last night, The Real Housewives of Miami attended Dr. Nicole Martin and Anthony Lopez’s engagement party! I’m pretty sure the event was filmed!” an RHOM fan page wrote on Instagram, along with a slideshow of photos and videos taken at the event.

A post shared by The Real Housewives of Miami 🦩 (@rhom.peacock) 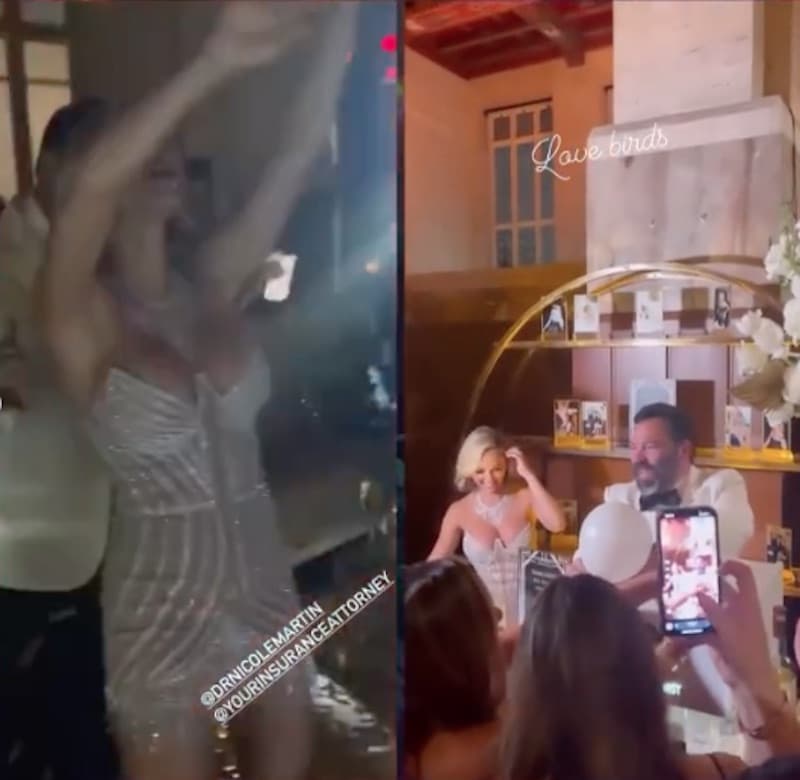 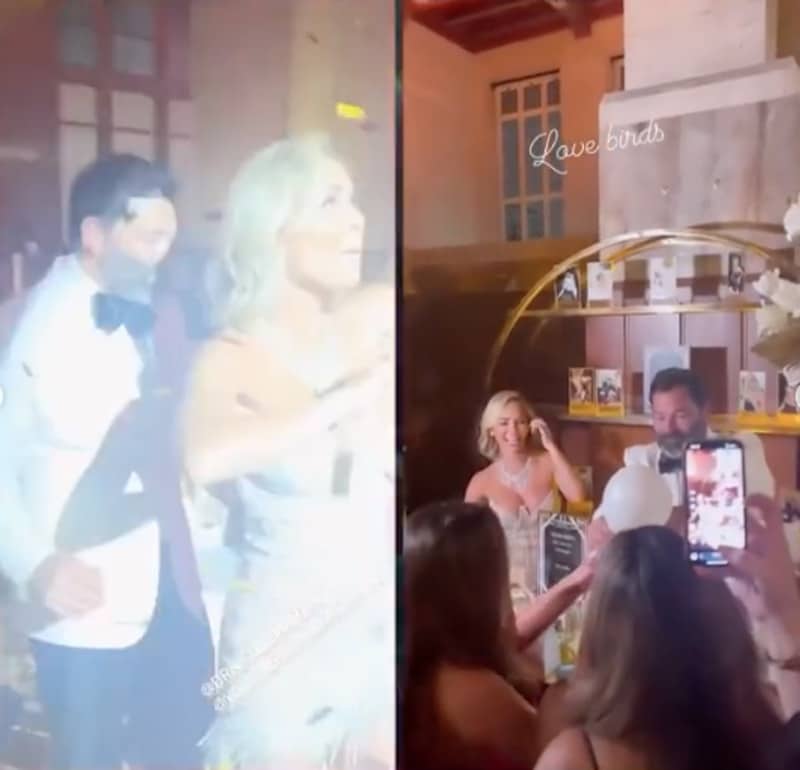 Guerdy attended the event with her husband, Russell Abraira, and while she wasn’t seen in photos, Lisa Hochstein, who is in the midst of a very messy split from estranged husband Lenny Hochstein, shared a video clip of the party’s decor.

“Love made us do it,” read a neon sign on a classic car filled with balloons. 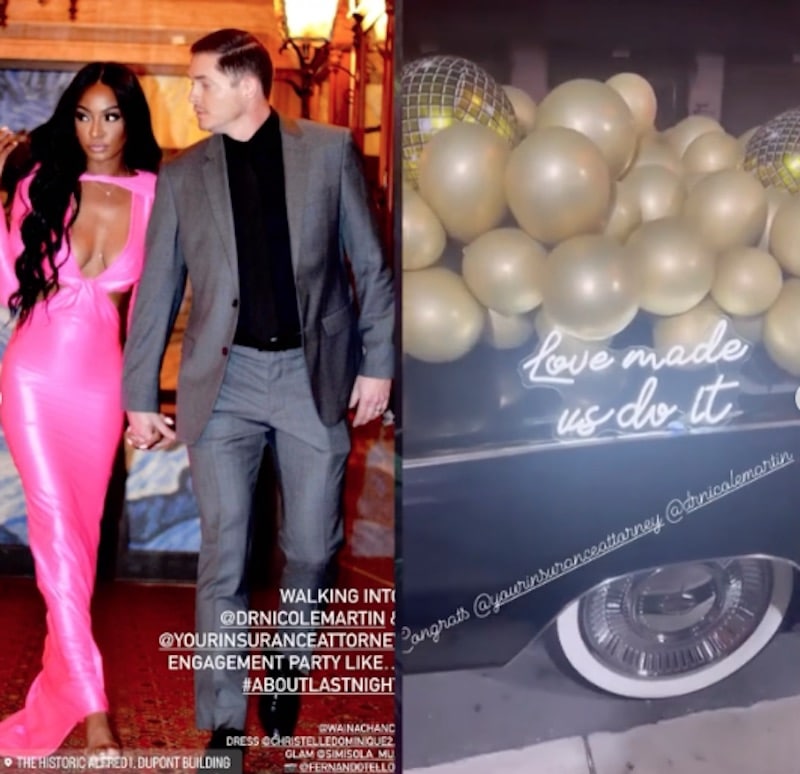 While Nicole wore a stunning silver dress and a large statement necklace for much of the event, she was also seen in a plain white strapless dress with detached sleeves, which she paired with less dramatic jewelry. 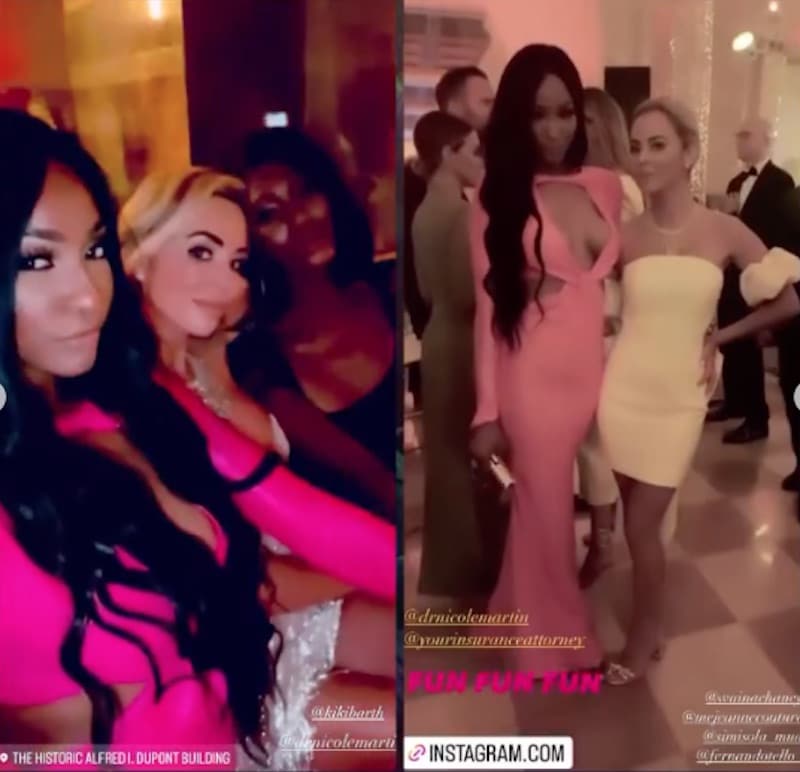 Marysol and Julie shared their own videos on Instagram. And in the caption of Julie’s story, she wrote, “It’s going to be a very special night.”

Marysol and Nicole feuded with one another throughout season four but seem to be in a good place today. 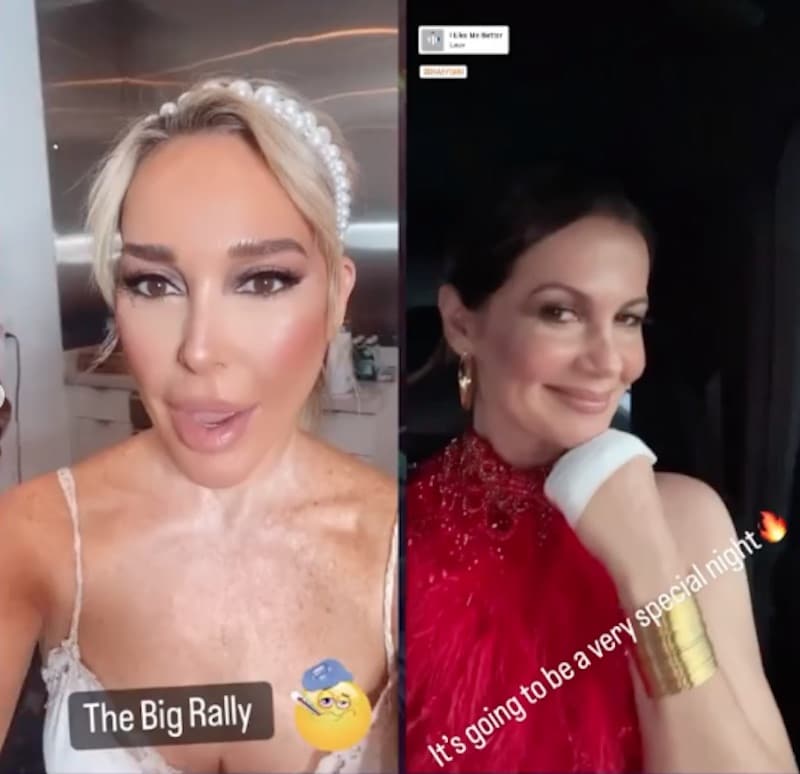 Check out a couple more slideshows of photos from Nicole and Anthony’s event below.