Home Below Deck Sailing Yacht Below Deck’s Daisy Kelliher Names Dr. Nichols’ Charter Group as “The Worst,” Shares Tragic News on Charter, and Why She Stuffed Guests’ Clothes into Bags

Below Deck’s Daisy Kelliher Names Dr. Nichols’ Charter Group as “The Worst,” Shares Tragic News on Charter, and Why She Stuffed Guests’ Clothes into Bags 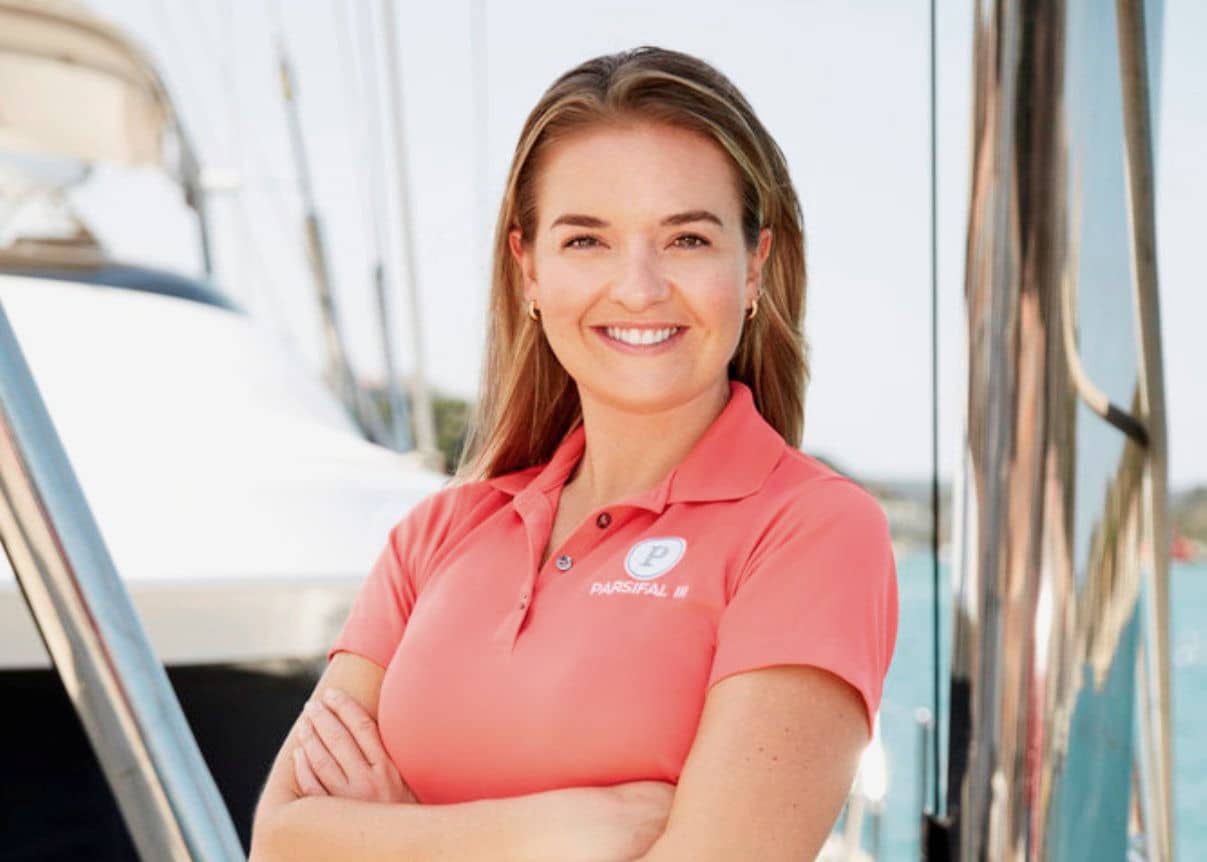 In a past episode of Below Deck Sailing Yacht, Daisy expressed contempt for Erica Rose and Charles Sanders (who made their mark on the franchise as Charles eviscerated Chef Marcos Spaziani‘s cooking and almost got punched by another guest).

As the memory of Erika was slowly fading, another group stepped in to compete for the title of “Most Controversial.”

On a recent episode, Daisy Kelliher juggled the demands of Dr. Kim Nichols and her guests. Throughout their stay, the group needed constant service from Daisy, who was already shorthanded after Gabriela Barragan quit the show. Additionally, they forced the staff to stay up well into the night (and were displeased when the ice melted too quickly in their drinks).

On her Pita Party podcast, via Showbiz CheatSheet, Daisy described Dr. Nichols’ group as one of “the worst.”

Erica’s charter was actually easier “because their demands weren’t too much,” said Daisy. “They were just f***ing bananas. And I found them entertaining.”

“Whereas these guys, it was hard to keep up,” the star went on. “Their requests were so outrageous. They were just rude. Those were all mental but this was a bit harder for me.”

Although the doctor gave a higher tip, this didn’t help Daisy’s emotional state — because the 34-year-old was dealing with a private struggle.

According to Daisy, the tragedy made her see the guests in a different light. “What you don’t see and I spoke about it on Hannah’s [Ferrier] podcast, I actually got some really bad news that morning,” explained Daisy. “Someone I knew passed away. So I got a phone call and Ashley was the only person who knew. Like I was crying in the crew mess for like 20 seconds. Went to the bathroom, cleaned myself up, and was like, ‘Alright let’s go.’”

To make matters worse, Gary King told Daisy the guests were speaking ill of her. This was the reason she stuffed their clothes into the bags. “I was pissed,” Daisy revealed. “I went up [and] they did this whole, ‘Daisy would you mind packing our bags for me?’”