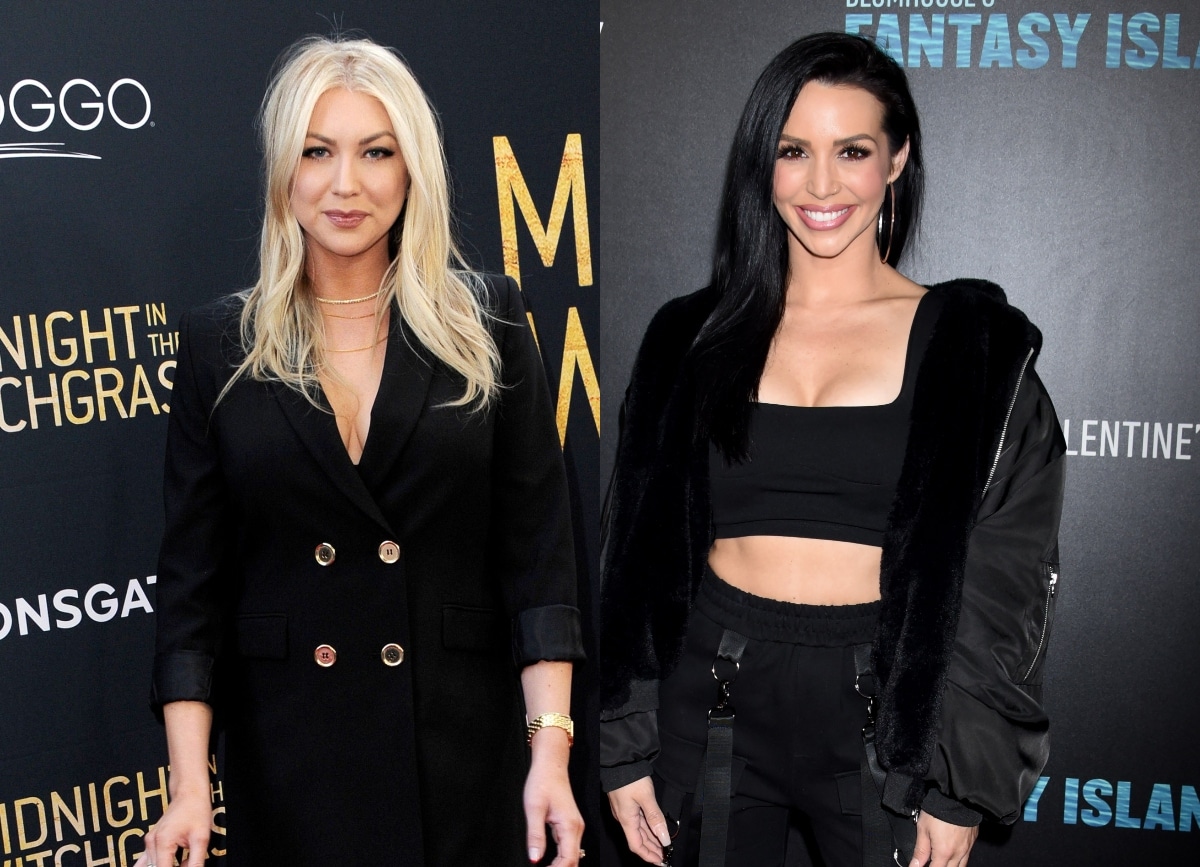 Where does Stassi Schroeder stand with Scheana Shay after cutting her from her and Beau Clark‘s wedding in Rome, Italy last month?

Weeks after the event, the former Vanderpump Rules cast member opened up about what transpired between her and Scheana after she was uninvited, reacted to “trashy” headlines that “made fun of” her and Beau for failing to splurge on their big day, and explaining their thought process for narrowing down their guest list.

“I think the Scheana articles are what annoyed me the most because I feel like it’s the media pitting two women against each other,” Stassi explained on last week’s episode of The Good, the Bad, and the Baby. “When we sent out an email to everyone who had originally been invited two years ago… being like, ‘You guys, we can’t have the wedding that we thought we were gonna have. I’m sorry. We’re just doing something smaller and more intimate. We still love you and thank you for being part of our lives,’ Scheana responded with one of the like nicest… She was one of the main people that gave me a really nice response back.”

According to Stassi, Scheana sent her a message back in which she made it clear that she was quite understanding of her dilemma due to the challenges she’s faced while planning her wedding to fiancé Brock Davies.

“[She] was like, ‘Oh my gosh, don’t even worry about this. Brock and I are going through the same thing. We totally understand. These are different times.’ [It was] just very thoughtful and nice,” Stassi recalled.

So, when Stassi came across headlines about her disinviting Scheana to her wedding, she didn’t bother to read into them.

“I’m sure Scheana was just asked a question and answered it, probably in a nice way… Scheana and I are fine,” she clarified. “Whatever she said does not bother me at all. She was so kind about the response, there were no issues, she understood.”

Stassi went on to slam “trashy” and “tacky” headlines that “made fun of” her and Beau for failing to spend an exorbitant amount of money on their wedding.

“It’s called being fiscally responsible,” she stated. “We had the wedding that we could afford… Isn’t that what everybody else who’s getting married is doing? What you had two years ago might not be what you have anymore. I don’t understand the making fun of the money aspect of it. I’m like, ‘Sorry, we’ve been in a pandemic and I lost a lot of jobs and times are tough and I have a baby now. I can’t spend all of my money on a wedding because I have to make sure I can provide for a child.’”

She then reacted to those who have accused her of being “classless” for uninviting certain people from her big day.

“A lot has gone down in two years and I’m not as close to certain people as I was back then. So when I’m narrowing down a guest list, what we were focusing on is who are the 35 people who have been the closest to us in the last two years, who we talk to the most, who are in our lives, who we see [in the future of our lives],” she explained.

Bravo has renewed Vanderpump Rules for a 10th season with filming expected to begin soon.