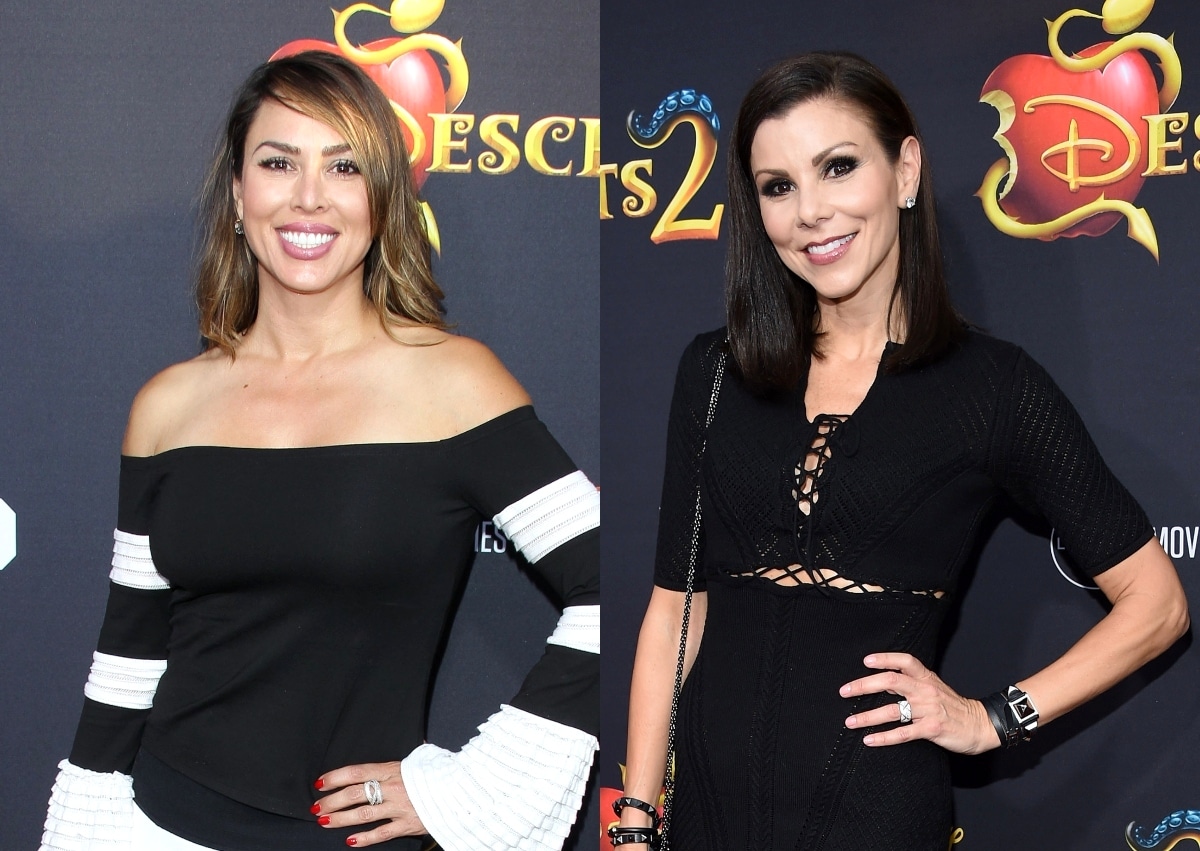 Tamra Judge claims an executive producer of The Real Housewives of Orange County was let go after season 16 saw rumors of potential violence from Heather Dubrow and her husband, Dr. Terry Dubrow.

Before Kelly Dodd revealed that ex-executive producer Thomas Kelly told her he was pushed by both Heather and Terry and described Heather as “diabolical,” Tamra admitted to Jeff Lewis on his radio show that she doesn’t know “what to believe” when it comes to the reports regarding Heather and Terry’s potentially violent outburst.

“You never know what to believe… [Noelle Bergener] talked about it and she was shut down pretty quickly,” Tamra noted on the June 14 episode of Jeff Lewis Live. “[But] I think where there’s smoke, there’s fire… I think definitely they were upset.”

According to Tamra, she’s never known Heather to be violent.

“I’ve never seen that side of her. And then when Noella mentioned it and no one else supported her then it makes you wonder, ‘Did it really happen?’” she admitted.

Tamra then gave a nod to the fact that an executive producer, likely referring to Thomas, was let go, but she noted that she isn’t sure if Heather had “anything to do with that,” saying RHOC gets new producers “every couple of years.”

“I would hate to think that anybody truly has that much power over Bravo… But I think she definitely voices her opinions more than the average person,” Tamra continued of Heather.

As for the recent social media feud between her Real Housewives: Ultimate Girls Trip co-stars, Vicki Gunvalson and Dorinda Medley, Tamra said she disagreed with Vicki’s comment about Dorinda being “gifted” with Bluestone Manor.

“Dorinda wasn’t gifted with that house. If she had it her way, she’d rather have her [late] husband [Richard Medley] than the house,” Tamra noted. “[But] I told them both, ‘I’m not getting involved in this whatsoever.’ If I say one thing to Vicki, she’s going to throw it in my face and tell Dorinda, ‘Well Tamra said…’ [But] I do feel like Vicki… a lot of times she doesn’t think before she speaks [and] she does it very passive-aggressive.”

Luckily, according to Tamra, she believes their drama has “been squashed.”

When Kelly then called into Jeff’s show, she revealed that Thomas had called the RHOC cast, including Shannon Beador, to inform them of what Heather had allegedly done to him amid production on season 16.

“Thomas Kelly called all of us and he said… that Heather Dubrow did push him, that Terry did push him against the wall, he said that she’s diabolical and that everyone was scared of her,” Kelly shared, adding that the former EP of RHOC wants the information “out” but was told by Tamra not to “talk about this publicly cuz it will ruin your career.”

“He got fired and he thinks that she is the reason why and I just told him, ‘It’s best that you don’t talk about it publicly cuz it’s going to affect your career… with Bravo,’” Tamra admitted. “I just said, ‘If that truly is what happened, people like that will get what is coming to them.’”

According to Kelly, Thomas “isn’t one to lie,” and the cast believes Evolution Media, the production company behind the show, has intentionally kept Heather and Terry’s behavior under wraps.

“Evolution was the one that protected the Dubrows and didn’t tell Bravo exactly what was happening… Evolution deals with Botched and they’re very close with the Dubrows,” she explained.

Then, after Tamra noted that production “is the middle man between Bravo and the talent” and said they try to contain issues to their offices before bringing them to Bravo, Kelly shared her thoughts on the potential cast of season 17.

“I’m pretty certain Tamra’s gonna be on there. I hope she is. [And] I hope to God, I’m praying, that [Gina Kirschenheiter gets fired] because she’s just worthless on there. No one wants to see that,” Kelly stated. “Even Dorinda called me and she goes, ‘What’s up with that [Emily Simpson] and that Gina? I don’t understand.’ And I’m like, ‘I don’t get it either.’ None of us get it. Tamra doesn’t get it either.”

“Gina didn’t bring anything [to the show],” Kelly added.