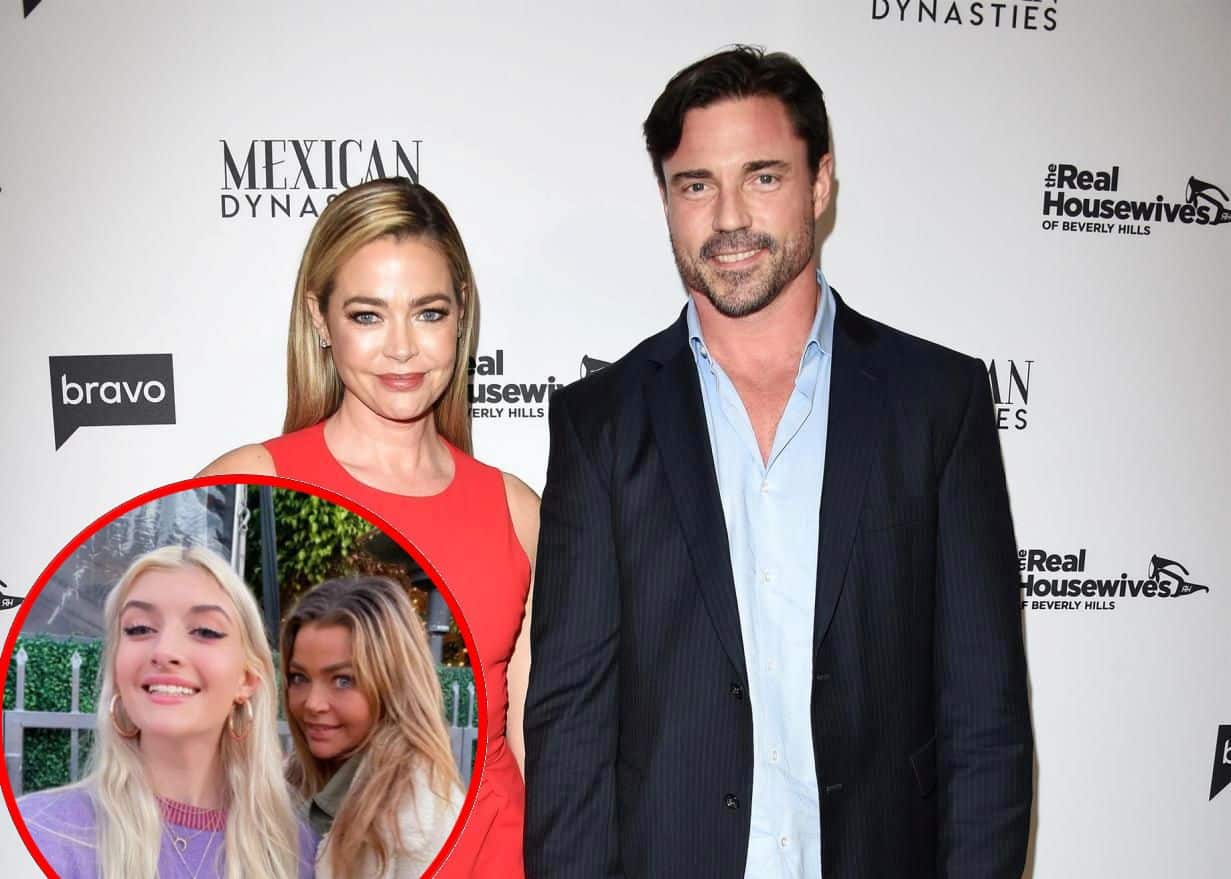 Denise Richards and Sami Sheen are reportedly prepping for an OnlyFans collaboration.

After the Real Housewives of Beverly Hills alum followed her daughter’s lead and joined the racy adult website last month, Sami announced that the two of them will soon shoot joint content with each other.

“As you know, I’m shooting with my mom soon [Denise Richards],” Sami announced, according to a screenshot shared on Reality Life With Kate Casey‘s Facebook page. “If you tip in, I’ll make sure to send you [an] extra special and sweet video from both of us.” 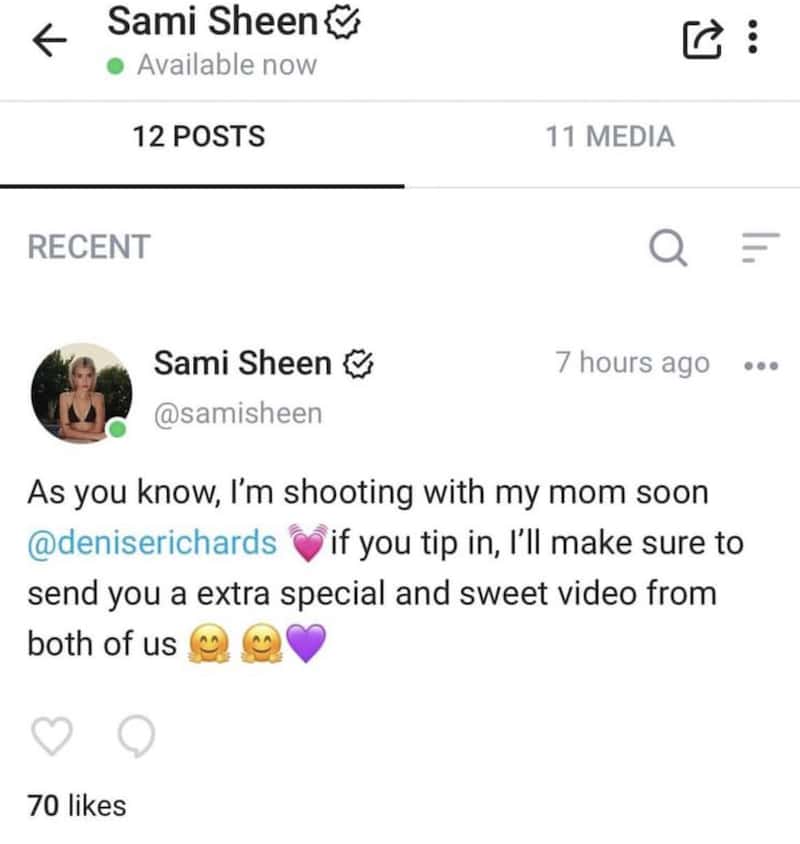 As for the thoughts of Aaron Phypers, who married the former RHOBH cast member in 2018, he is supportive of Denise’s new business venture.

“Aaron is right behind Denise and loves how confident and empowered she’s being,” a source told Us Weekly. “They have a very healthy and secure relationship, a white-hot love life and he’s more attracted to her than he’s ever been.”

The insider also noted that when it comes to the content she’ll provide subscribers, Denise is still figuring that out.

“It will be sexy of course but she wants to keep it as classy as possible,” the source explained. “The site isn’t just about NSFW and can be naughty versus overtly graphic, and that’s what she wants to go for.”

As fans will recall, Denise confirmed her addition to OnlyFans on June 23 with a racy video on Instagram. This occurred just days after Sami encouraged her own fans to subscribe to her recently-launched page.

Following Sami’s OnlyFans announcement, Denise said on Instagram, “I wish I had the confidence my 18 yr old daughter has. And I also can’t be judgmental of her choices. I did Wild Things & Playboy, quite frankly her father shouldn’t be either.”

And while Charlie Sheen didn’t initially agree and suggested Sami would’ve never joined the platform if she hadn’t moved back in with her mother, he had a change of heart after Denise suggested OnlyFans isn’t all that different from Instagram.

After Denise noted that Sami will now be able to control and monetize her content, Charlie admitted he “overlooked” certain aspects of his daughter’s venture.

“Now more than ever, it’s essential that Sami have a united parental front to rely upon, as she embarks on this new adventure,” Charlie said in a statement to Us Weekly. “From this moment forward, she’ll have it abundantly.”

Denise appeared on The Real Housewives of Beverly Hills in a full-time role on seasons nine and 10.