Taylor Armstrong Shares New Details of Abuse and Her Fears After It Was Exposed, Reflects on Time on RHOBH and If She’d Return 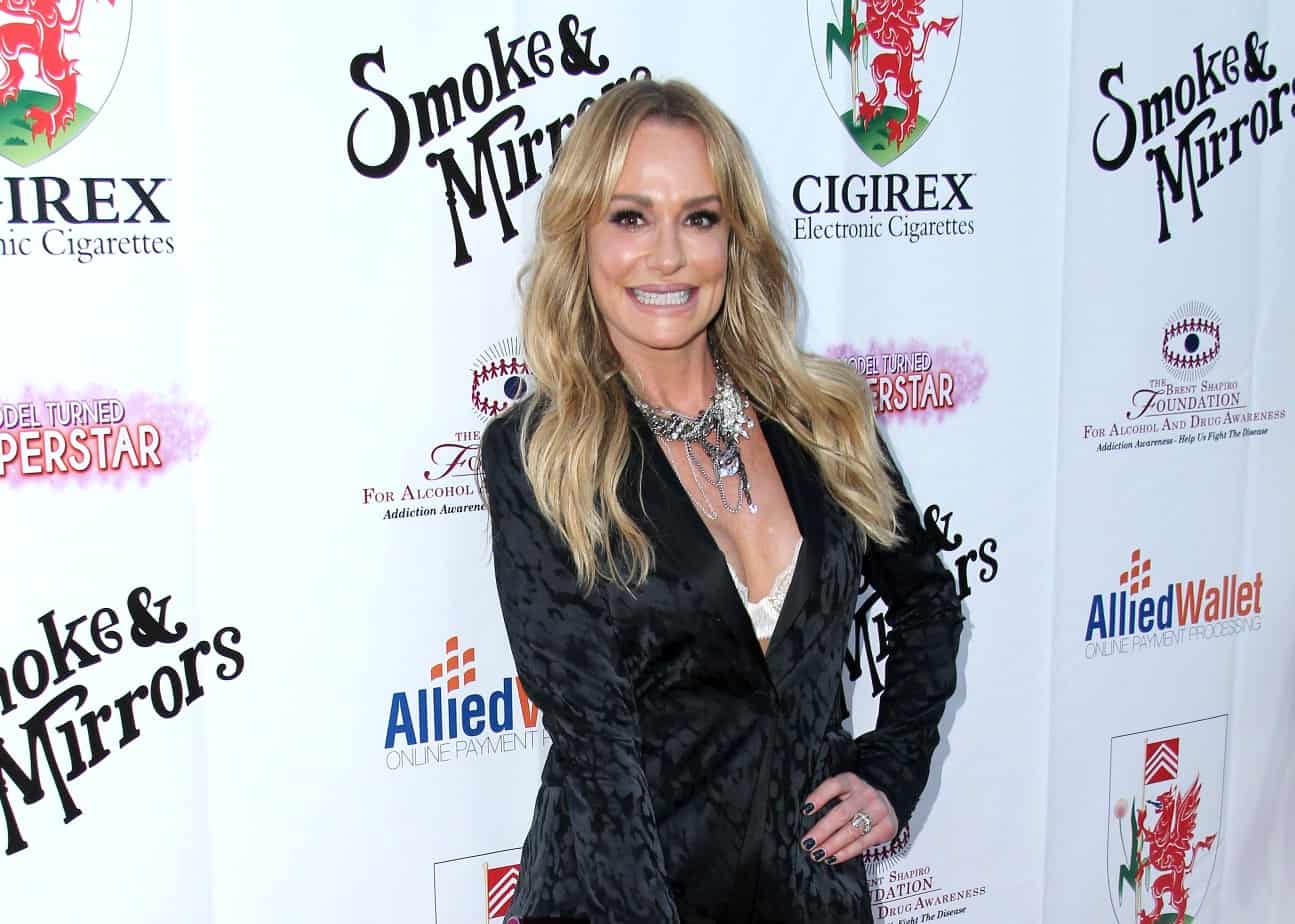 Former Real Housewives of Beverly Hills star and current RHUGT: Ex-Wives Club cast member Taylor Armstrong is reflecting on her time as one of the original housewives of the show. She’s sharing her candid thoughts about what she went through during those tenuous three seasons.

Speaking with podcaster David Yontef on Behind the Velvet Rope with David Yontef, Taylor recalls those early days with the ladies fondly as the cast members were truly friends as opposed to what the show is now.

“I think we were so emotionally connected because we cared about one another. And for me, I don’t get really get riled up with people that I don’t like or I don’t care for. So, I think the tensions ran so high and the drama was so extreme because we actually cared what each other thought and about protecting one another. I think that that bond is something that, without that, it becomes very artificial television.”

Taylor also shared her experience with the original “Dinner Party from Hell,” featuring psychic and medium Alison Dubois, and she discussed how she thought the whole thing seemed “very staged.” She also said that Alison was drinking way too much and everything “spun out of control.” Plus, she thought it was “coincidental” that the show based on Alison, Medium, was canceled shortly after the episode aired.

“I didn’t know what we were getting into. I actually liked the show Medium. I think it’s such an interesting, was such an interesting concept. And then at first it seemed very staged the way she was acting… Well, I think Medium got canceled shortly after that,” Taylor said.

“I remember Camille [Grammer] in the beginning when we were having our specialty cocktail, she said, don’t let Alison drink too much. Cause she gets crazy, but that girl can take it to another level… but when it starts going below the belt… I love Kyle [Richards] and Mauricio [Umansky] and they have an incredible marriage and she started saying things about, I think Kyle being dead and Mauricio not fulfilling her. And I was like, okay, this chick’s going to start cutting below the belt. And it’s just going to get worse from here. And I, I think it just spun completely out of control before any of us realized how nuts it was going to be.”

Taylor also went on to reveal that in season two, when Camille ‘outed’ her abusive relationship with her late ex-husband, Russell Armstrong, she knew her life after that would never be the same.

“In season two at the tea party, when Camille outed the abuse, I remember looking at our field producer who was standing across from me along with the cameras. And I was in shock,” Taylor told the podcast. “I could get killed. I could get divorced, or things might completely turn around and this could change my situation. But I knew once I walk out this door, my life truly will never be the same.

Taylor also revealed that it was Wendy Williams, not Camille, who was the first to publicly call out her abusive relationship with Rusell.

“I did Wendy Williams promoting the show with Adrianne [Maloof] and Wendy Williams, kind of in the middle of the interview, she said he abuses you, doesn’t he? And it was another one of those like, what? Like I’m on national television… I don’t even know what I said back to her, but she could see the dynamic in our relationship even in season one. And that started coming out a lot on Twitter, and you know, in the tabloids and stuff, like it’s obvious these two have a messed-up relationship, but she was the first person to say it publicly. And as you said, of course, I denied it because that’s what people do.”

Taylor continued by saying that “she’d give anything” to go back and film the show now as she’s not that fragile girl anymore from those days. She’s strong and more confident.

Taylor continued, “Looking back, I think, oh my gosh, I, it’s interesting because when I speak and I tell my story, even talking to you, I see that as another person, when I look back over those years, it doesn’t even look like me or feel like me.”

Taylor said, looking back on the time when Camille brought out the abuse allegations in front of the rest of the RHOBH cast, she thought at that moment that Russell was finally “going to kill” her.

“I definitely thought, in that moment, when Camille outted the abuse that he would potentially kill me. Oh, a hundred percent. And he was a really tough guy. And he had been in a lot of street fights growing up.”

And, according to Taylor, that wasn’t the first time. She said the couple had friends over, and somehow an argument escalated, and Taylor ended up in the pool with Russell, who she alleges was trying to kill her.

“I met a man in Beverly Hills one time and he’s, they were laughing about it at a party. And he’s like, oh yeah, your husband kicked my butt one night. He came over to my house and he beat him up so badly and then dragged him into a swimming pool. And then they had to pull him out and resuscitate him because he was going to kill the guy. And then it happened later after my abuse came out, he did the same to a friend of mine’s fiancé and knocked all of his teeth out and held him down in the pool. He had me in the pool and I think he was definitely trying to; my friend’s fiancé was trying to get me out of the situation. And he was, he would have been more than happy to drown us both.”

Taylor concluded by saying that she still cries to this day recounting the abuse, but now she cries for a different reason. She cries for “that girl” who she used to be.

“I pretty much cry every time still. And I think I cry because now, you almost made me cry just now. I cry because I’m sad for that girl. Who’s spent so much time. Like I said, I look at it as another person really. And I think about knowing that anyone else could allow that many things to happen and that much torment to happen. And then anytime I talk about my daughter, you can just bring on the waterworks, and surprisingly, it’s still, it still has that effect on me.”

You can catch Taylor on RHUGT: Ex-Wives Club, which is currently streaming on Peacock.