Taylor Armstrong on if She Believes Lisa Vanderpump Pushed Camille to Reveal Her Abuse on RHOBH, Weighs in on Erika Jayne and Jen Shah’s Legal Drama, Plus Will She Return to Show? 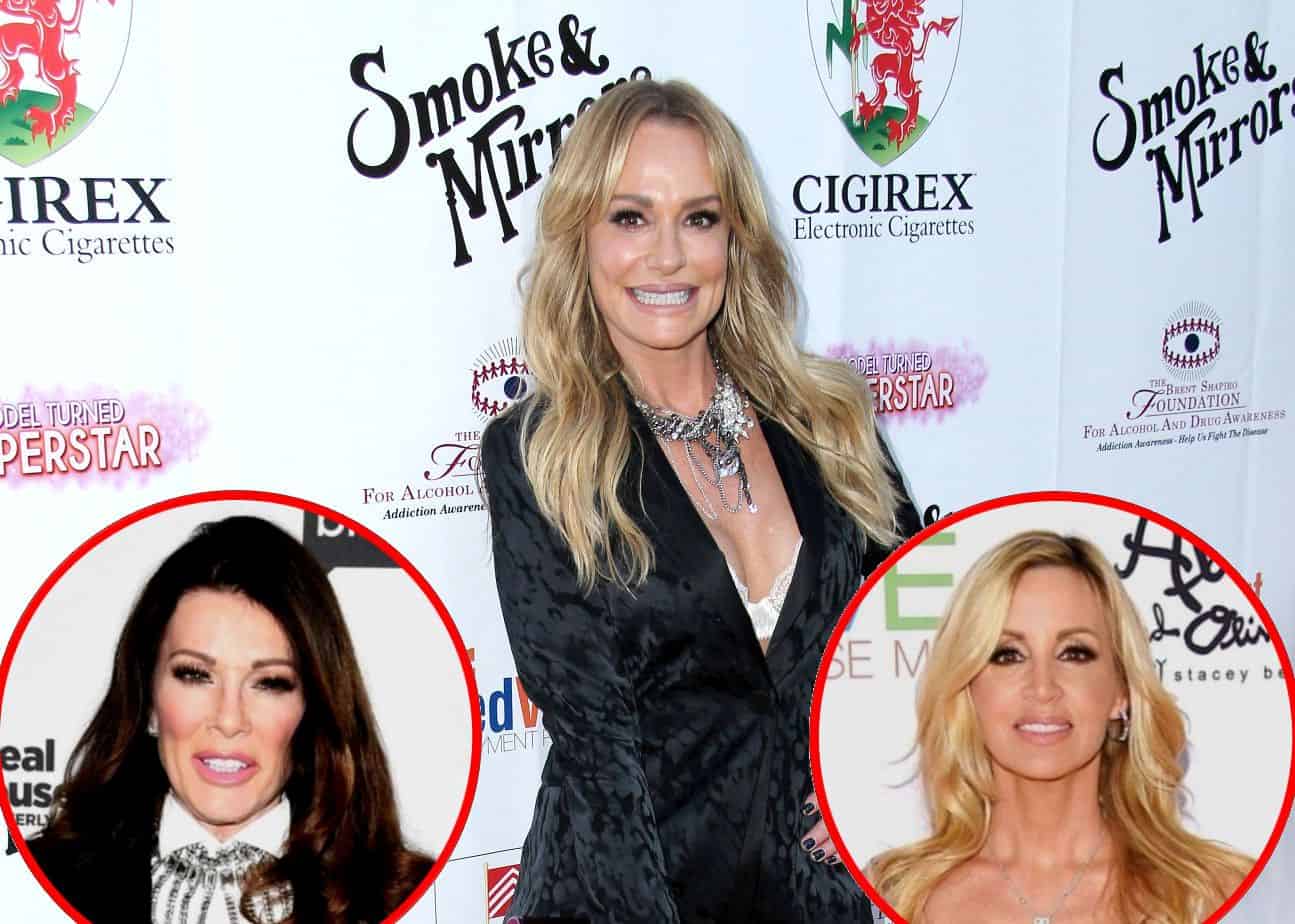 Taylor Armstrong opened up about her three seasons on The Real Housewives of Beverly Hills during a recent podcast appearance.

Looking back at her decision to join the show and the turmoil she went through with her late abusive husband, Russell Armstrong, Taylor admitted to signing onto the show with the hope that the cameras would provide her with some protection. Then, she shared if she believes Camille Grammer‘s claim that Lisa Vanderpump wanted her to reveal Taylor’s abuse on the RHOBH.

“There was a belief in my mind that you kind of got to tell what reality you wanted to tell and once the cameras are rolling, that’s certainly not the case. You don’t get to filter your reality,” Taylor began on the June 21 episode of the Hot Takes & Deep Dives podcast.

According to Taylor, both she and her then-husband, Russell, were excited when she joined RHOBH in 2010.

“He was excited about me doing the show. He was very narcissistic and I think it was his perception that he was going to be beloved,” Taylor explained, adding that she “was hoping that having the cameras around [was] going to maybe provide some control and some protection from me.”

Although many have wondered why Taylor stayed in her marriage to Russell for as long as she did, Taylor said that by the time she realized that things were so bad, she was already pregnant with her now-15-year-old daughter, Kennedy.

“That took that option, for me, off the table of walking away. The fear of having to share custody with someone who has major anger management issues, it felt better for me to stay and tolerate it myself than send my daughter off with someone who cannot control themselves,” she explained.

While Taylor made the decision to stay in her marriage to Russell, despite his abuse, the truth about their situation slowly became exposed as time went on.

“I did Wendy Williams in season one, and at one point during the interview, she said, ‘He abuses you, doesn’t he?’ She was the first one that called it out,” Taylor recalled. “And then in season two, when [Camille Grammer], at the tea party at [Lisa Vanderpump]’s, she said, ‘We don’t say he hits you,’ and that’s when I knew that everything in my life was about to change.”

In that moment, Taylor thought to herself, “I’m either going to get killed or things are going to get better.”

When the podcast host then mentioned the way in which Lisa had allegedly instructed Camille to reveal Russell’s abuse on-camera, Taylor admitted that she wasn’t sure if that was true.

“I was not aware of that and I don’t know whether it was determined that was true or not,” she noted.

That said, Taylor did confirm that it was Camille who she first told about Russell’s abuse.

“[Camille] and I had lunch in Malibu, off-camera,” Taylor revealed. “I was contemplating what I was going to do in my situation and I wanted to get her advice. I shared some things with her that were going on in my life, about the abuse.”

“I was definitely surprised to hear that, I’ll use the [RHOSLC] example, someone who is that deep in criminal activity would take the risk of going on the show but there is a level of narcissism when you’ve gotten away with this for so long,” she stated.

As for her potential return to the RHOBH cast, Taylor acknowledged that it would certainly make a “powerful statement” if she were to return.

“I hope that people would see it and think, ‘Wow, there really is life after tragedy,’” she said.