Home Real Housewives of Beverly Hills News Camille Grammer Accuses Lisa Vanderpump of ‘Leaving Her Out to Dry’ During RHOBH Season 2, Talks Controversial Comments and If She Has Regrets

Camille Grammer Accuses Lisa Vanderpump of ‘Leaving Her Out to Dry’ During RHOBH Season 2, Talks Controversial Comments and If She Has Regrets

by Lindsay Cronin May 25, 2019 450 comments
ShareTweetWhatsappPinterestRedditTumblrMailFlipboard 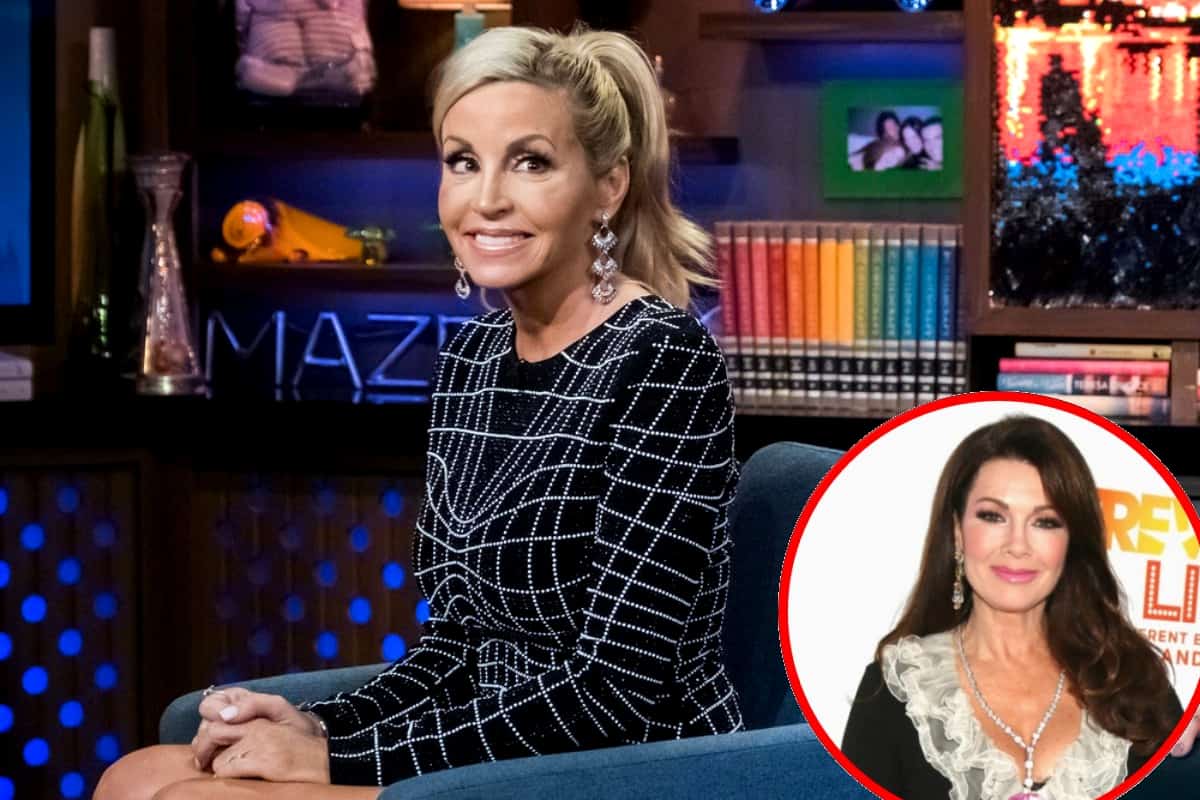 Camille Grammer is addressing a number of hot topics related to The Real Housewives of Beverly Hills.

While chatting with host Andy Cohen during the After Show of Watch What Happens Live this week, Camille explained her thoughts on appearing on the series in a “friend” role, rather than an official “housewife” role, and shared details about her ongoing drama with Lisa Vanderpump, who she claims encouraged her to speak out about Taylor Armstrong‘s ex-husband’s abuse during season two.

“I’ve enjoyed being a friend. I have,” Camille said during Tuesday’s After Show. “We talked about that. And I actually enjoy it.”

That said, Camille believes she “stepped it up” during season nine and felt more “like a ‘housewife'” than a “friend” while filming.

Although Andy pointed out that Camille felt “burned” following filming the first season after putting everything out there, Camille said she didn’t have any regrets about expressing herself during season 9.

“I feel like I’m much lighter now. I can be myself and not have to be so stifled. I’m having a good time this year. I am. I’m having a great time,” she said.

Throughout season nine, Camille was involved in several feuds with her co-stars, including a recent face-off with Teddi Mellencamp. However, when asked if she regretted inviting Teddi to her 2018 wedding in Hawaii, Camille said she did not.

“No. I sent those invitations out months before and I don’t regret it,” Camille confirmed. “I invited all the girls. I wanted to be fair. I didn’t want any drama and that did cause drama in the end but I don’t regret it at all.”

When a caller phoned in and asked about a season two flashback and wondered if Lisa encouraged Camille to bring up the late Russell Armstrong‘s abuse of his former wife, Taylor, Camille explained what led up to their shocking on-screen intervention with Taylor and admitted to wishing Lisa had been more vocal during their chat. Previously, Camille had accused Lisa of manipulating her into bringing up the abuse on camera and then denying any involvement.

“It was out of concern for Taylor. But I wanted her to join in on the conversation, not just leave me out there to dry,” she shared.

During the live broadcast, Camille addressed the comments she made about Lisa’s teeth during an episode of The Real Housewives of Beverly Hills after confronting claims of being two-faced and wishy-washy by her co-stars.

“I think it’s funny,” she laughed.

Although Camille didn’t take the on-screen drama too seriously, she did admit to having regrets about the things she said about Lisa’s teeth.

“I was under the influence. It came across really mean and harsh and I felt like s**t after I said it and I apologized and I keep apologizing,” she explained.

While Lisa recently said her relationship with Camille is “touch and go,” Camille made it clear that she’s done more than her part when it comes to moving forward.

“I’ve only apologized like 20 times. I guess there’s a few more apologies on the way,” she added.