by Lindsay Cronin May 13, 2019 373 comments
ShareTweetWhatsappPinterestRedditTumblrMailFlipboard 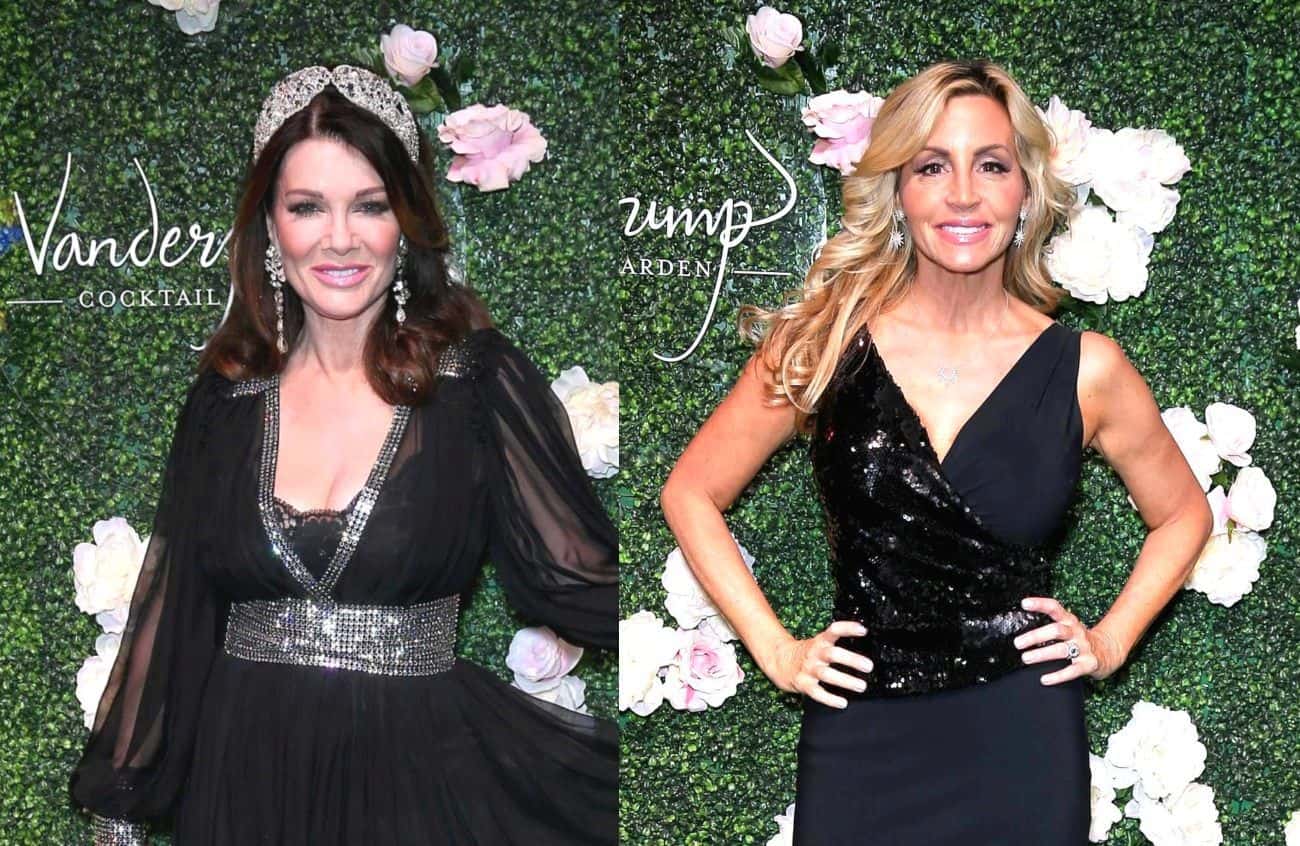 The Real Housewives of Beverly Hills stars Lisa Vanderpump and Camille Grammer engaged in a Twitter feud this weekend.

Days after shading Kyle Richards as “creepy” for her “teenage crush” friendship with Teddi Mellencamp and claiming she’s the “new target” on the show, Camille took aim at Lisa Vanderpump for continuing to hold a grudge against her after Lisa told her online audience she was still having a “difficult” time getting over Camille’s negative comments about her teeth.

“Well it’s difficult,” admitted Lisa to a fan who asked her about it. “She said sorry she was drunk and made it up, I’ve never had a dental problem, but it’s still out there.”

Well it’s difficult,she said sorry she was drunk and made it up,I’ve never had a dental problem,but it’s still out there.
We could say anything,couldn’t we?

As most RHOBH fans will recall, Camille and Lisa were on good terms earlier this year following filming on season nine. However, that changed after Camille was seen poking fun at Lisa’s teeth and gums during an episode, as the other women laughed on.

Although Camille quickly apologized for her booze-fueled comments, Lisa hasn’t been quick to forgive and Camille now believes her co-star and former friend is holding a grudge against her.

“I see that you truly can’t forgive people even after they apologized from the heart,” Camille responded to Lisa on May 11, in a now deleted tweet. 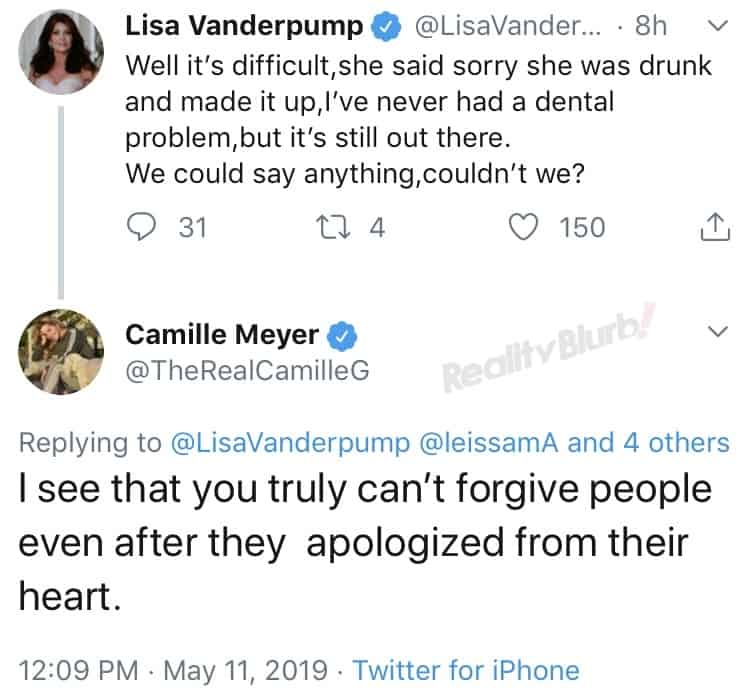 After Camille’s tweet was shared, many fans came to the restauranteur’s defense and one person said Lisa has truly been “hurt by everyone.” In response, Camille said she’s been in Lisa’s shoes before and slammed Kyle for labeling her a “liar” during season one.

“I have been there,” Camille replied. “The ladies took me down season one. I did not lie. Kyle Crucified me. It was awful.”

I have been there. The ladies took me down season one. I did not lie. Kyle Crucified me. It was awful.????

Although Camille suggested her tweets about Lisa were continuing because Lisa was continuing to talk about their feud, Lisa said some audience members were missing the point about why she has re-addressed certain topics, including the topic of her teeth.

“But I did have pretty teeth, that’s the point… People believe that, like you,” Lisa wrote to a fan who suspected her teeth were truly as bad as Camille suggested.

But I did have pretty teeth,that’s the point…
People believe that ,like you. pic.twitter.com/pLYu3szLSz

Camille later revealed that while she did attend the March opening of Lisa’s newest restaurant, the Vanderpump Cocktail Garden, in Las Vegas, she was actually a “plus one,” which Lisa quickly denied.

“I [was] invited through my girlfriend Kimber,” Camille explained. “Lisa wanted her to bring her rabbit.” 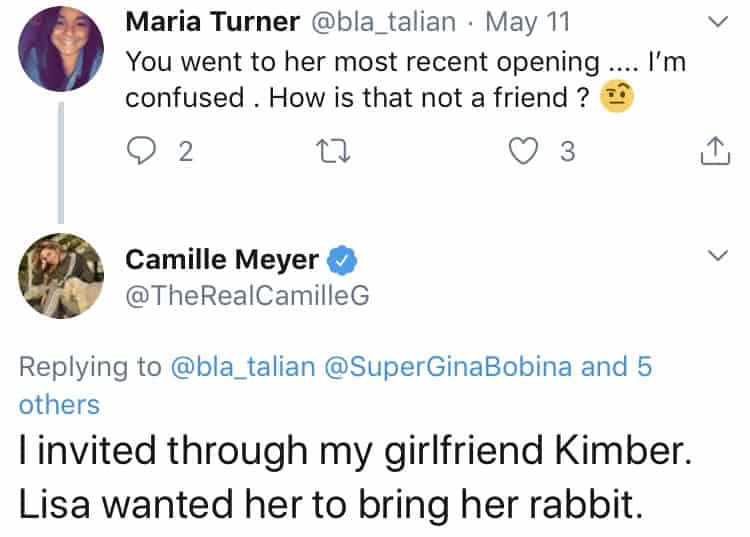 “Not quite sure what’s going on… @PandoraVT we invited you and Kimberly and bunny and you wanted to bring lovely Mason,” Lisa said in response to Camille’s claim. “You were our guest, flights accommodation etc..oh well.”

Not quite sure what’s going on…@PandoraVT we invited you and Kimberly and bunny and you wanted to bring lovely Mason,you were our guest,flights accommodation etc..oh well

Following Lisa’s revelation, Camille acknowledged that Lisa did indeed make arrangements for lodging for herself and her daughter.

Kyle also spoke out against Camille’s tweets about her and said she was “confused” by the rant on Twitter before addressing Camille’s statements at a recent event.

“I have no idea where that was coming from,” Kyle told Us Weekly on May 11. “It was completely uncalled for, and that’s the kind of stuff you’re going to be seeing. It’s like season 1 Camille is back in full force.”