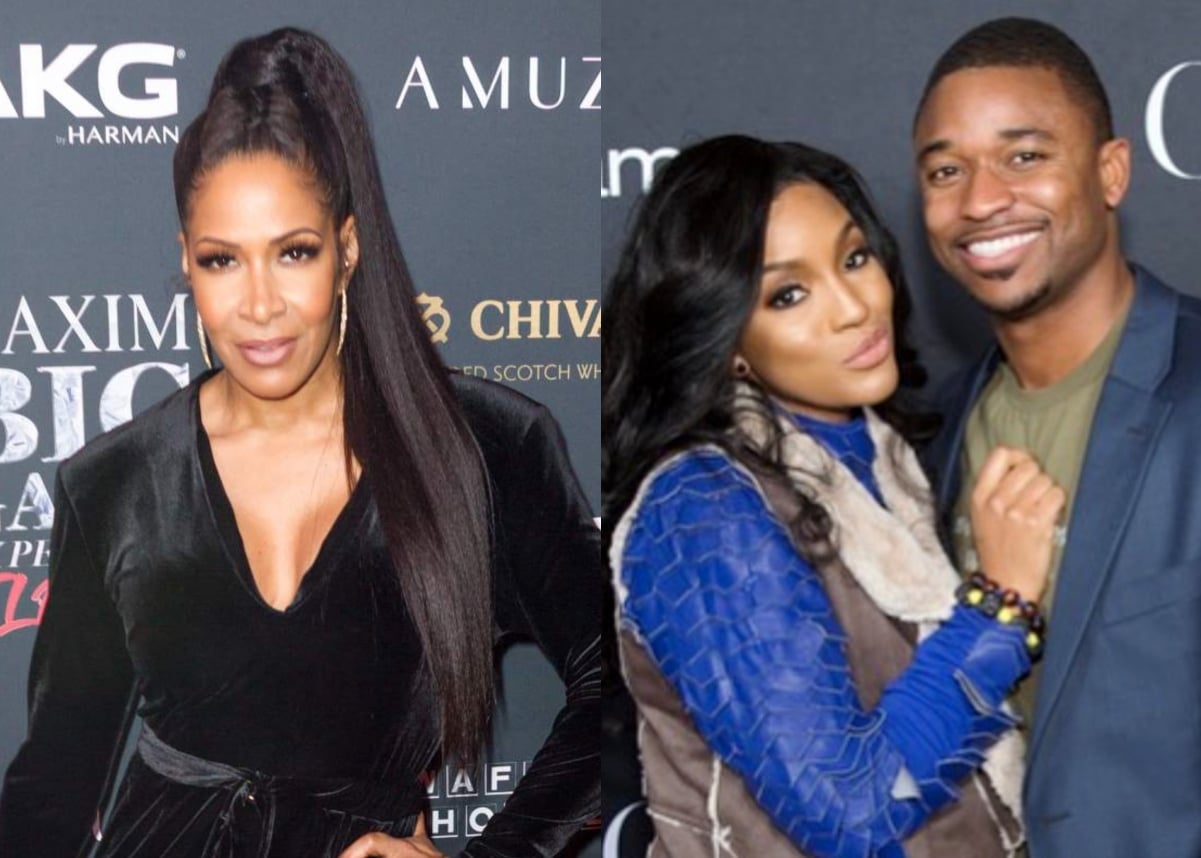 Sheree Whitfield‘s friend, Fatum, was seen dishing on the pasts of Drew Sidora and her husband, Ralph Pittman Jr., on Sunday’s episode of The Real Housewives of Atlanta. And after the show, Sheree admitted that she believes the couple is “fraudulent” after learning what Fatum found in a series of background checks.

As Drew slammed Fatum’s research into her and her husband as “petty,” “immature,” and “slimy,” Sheree spoke of the couple’s many aliases, saying that she’s convinced they are “up to something” and teasing the potential reveal of new information at the upcoming reunion.

“Fatum was able to pull up information on Drew and Ralph… They had multiple aliases. It was a whole bunch. And it wasn’t just… there was no misspellings. These were totally different names, which is a little shady. I think they’re fraudulent. They are up to something. I got information. It’s gonna come out later… [at the reunion],” Sheree teased on the July 10 episode of the RHOA: After Show.

Although Sheree claims to have “information” on Drew and Ralph, Drew believes Sheree crossed a major line in allowing her friend Fatum to look into the backgrounds of her and Ralph — and she feels disappointed that she did so at a time when they were attempting to build a friendship with one another.

“I feel like there’s certain lines you shouldn’t cross. [And] that was hurtful because I thought at that time that Sheree and I were in a better place, or trying to move towards a more positive place,” Drew explained, noting that if she were to bring a friend to the RHOA cast, she’d check that friend and say, “You know what? I’m trying to build a relationship.”

She then suggested that Sheree wasn’t truly trying to establish a friendship with her and suggested she was having Fatum do her dirty work.

“There’s certain things I’m not going to hide behind a friend and so I hold Sheree accountable,” she declared. “How do you allow someone else to come in to tear me down or look into my history? It just seemed very petty to me, it seemed very immature, it seemed pretty corny.”

Drew went on to say that after learning what Fatum had done, she realized “what type of person [she] was dealing with.”

“It felt slimy to me. I would never do that as a grown woman to someone else and at the end of the day, what did they find? It was nothing,” she noted. “My husband does invest in real estate. He has a very extensive portfolio. But he doesn’t use aliases. I think somebody said, ‘Danielle,’ I’m like, that’s my assistant.”