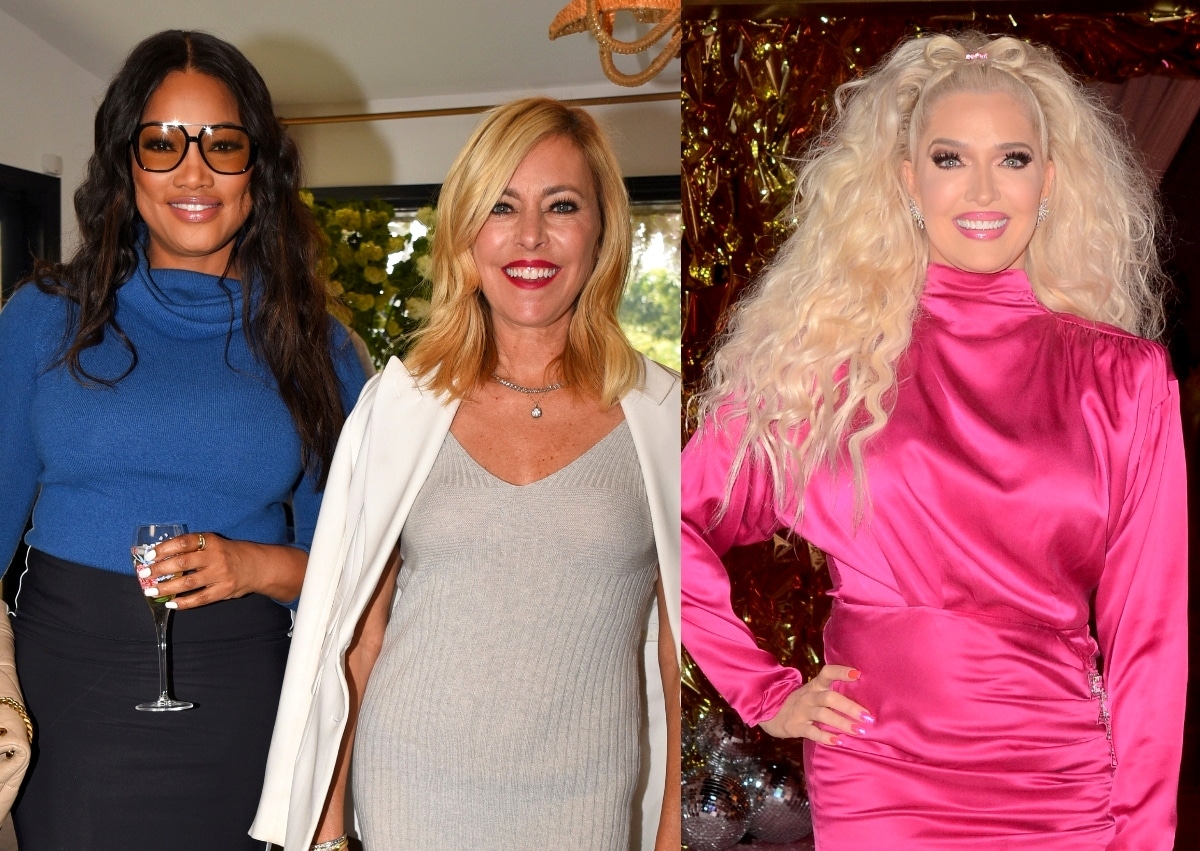 Sutton Stracke went on a date with a man named Sanjit Das on Wednesday’s episode of The Real Housewives of Beverly Hills. And after the episode, she offered an update on where she and the former Jeopardy! contestant stand today.

Following the awkward outing with Sanjit, who she met on the dating app Bumble, Sutton confirmed the two of them are still in touch as Garcelle Beauvais and her castmates weighed in on Erika Jayne‘s claim that Sutton is a “liability” for the actress.

“I’m still friends with Sanjit. He just texted me today,” Sutton confirmed on the July 27 episode of the RHOBH: After Show.

Looking back at their date, Sutton said she had a “very nice” time as they chatted about college football, which they “both have an affinity for.” As for their future, Sutton admitted to being a bit confused.

“I like Sanjit a lot, and we’re friends. But then, I went out with him a couple of weeks ago, and I was like, ‘Sanjit you’re kinda cute.’ It’s confusing. He might be a slow burn,” she shared. “Here’s the thing: I can catch ‘em, but I can’t keep em. It’s not fun, and it’s not light. All I want is a boyfriend.”

In addition to going on her Bumble date on the latest episode of RHOBH, Sutton was also targeted by Erika, who told Garcelle during a one-on-one conversation that she believed Sutton was a liability to her.

“A liability? I mean, come on,” Garcelle said in response to the suggestion. “That was shocking to me because a liability? What? My own reputation is going to go away because I’m friends with Sutton? It didn’t make any sense. I didn’t know where that was coming from, and if there’s a liability in the group, it is certainly not Sutton to me.”

In her own segment, Erika said that what she meant by her “liability” diss was that she feels Garcelle has made a habit of rushing in to clean up Sutton’s messes.

“Garcelle’s a loyal friend, no doubt, but she rushes in to either smooth things over or fight Sutton’s battle or stand in for her and say, ’No, that’s not what she meant.’ It’s like, girl, I want to get to know you. I want to have fun with you but not at the expense of you rushing to Sutton’s f-cking rescue,” Erika stated. “Let Sutton make mistakes and clean them up on her own.”

Dorit Kemsley also weighed in, saying, “By all means, if you believe it, then voice your opinion and support. But I’m sure there are times where Garcelle realizes Sutton put her foot in her mouth, but I don’t hear her say that.”

“I also don’t see her step back and say, ‘Work it out,'” Erika agreed. “That’s how you actually grow friendships. Is by saying, ‘Let me handle this.’”

The ladies then looked back on the reconciliation of their own relationship, which got off to a very rocky start.

“We made a commitment to put the past in the past and go forward. We’re actually very good friends, and I love Dorit and her family for much, and I’m grateful for that. When two people really want to move on, they will. And we have,” Erika confirmed.

And according to Dorit, their past drama is “so in the rearview mirror that it makes [her] cringe.”