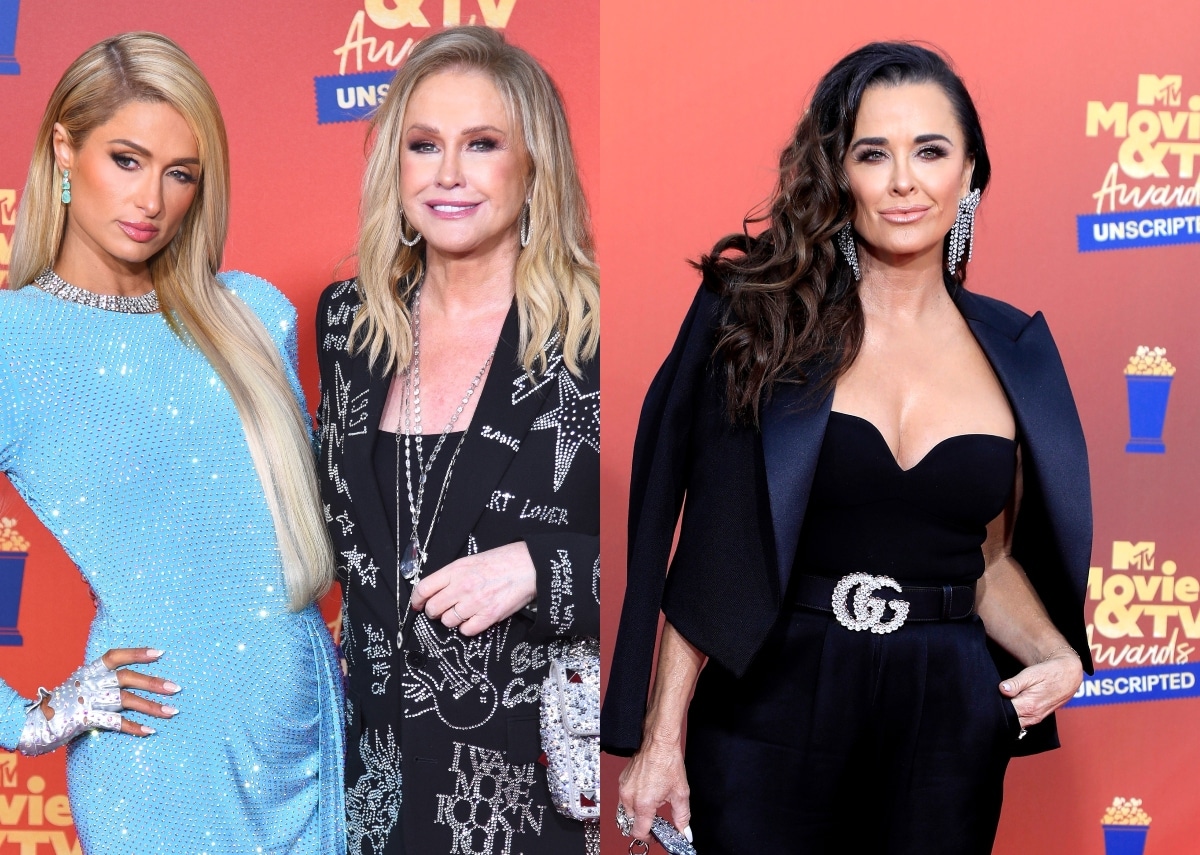 Paris Hilton raised eyebrows on Twitter on Thursday after sharing a group photo of cast members of The Real Housewives of Beverly Hills who she deemed as the “queens” of the show.

After telling her fans and followers that Garcelle Beauvais, Sutton Stracke, Crystal Kung-Minkoff, and, of course, mom Kathy Hilton, were her “faves,” Paris was flooded with comments from her online audience, many of whom believed she was shading aunt Kyle Richards, who was noticeably cropped out of the pic.

“My faves … Love you Queens,” Paris wrote in the caption of her August 18 photo, which featured the four RHOBH cast members and a portion of the hair of Kyle, who was standing beside Sutton in the original pic. 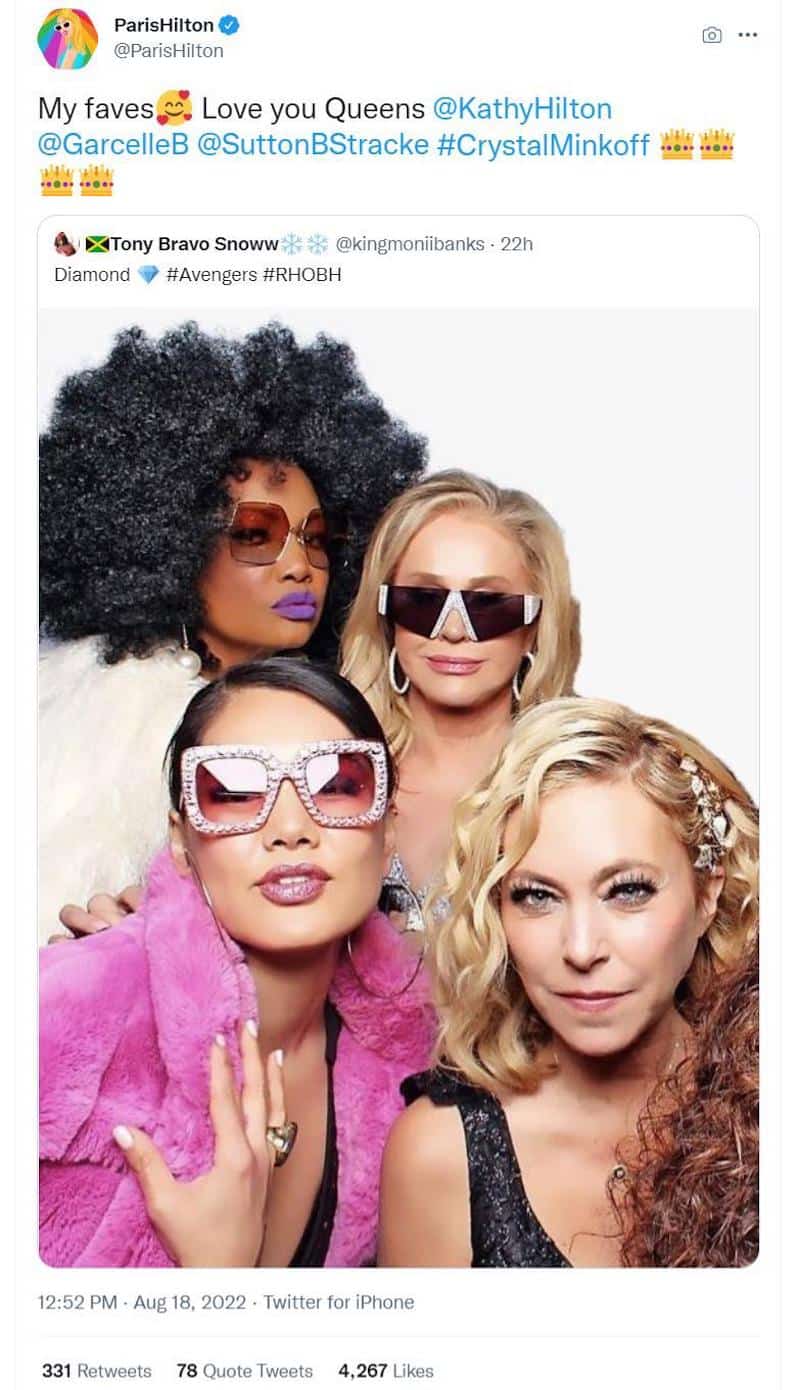 After the sharing of her post, Paris was met by a number of Twitter users who praised her apparent shade toward Kyle, who feuded with her mother amid filming.

“I wish I could see Kyle’s reaction to this!” one person wrote.

“The shade toward your aunt, Kyle,” said another.

“Paris is shadyyyyy,” a third added.

“THIS, i can follow! The fox force gang & Diana can leave!” added another fan.

While a vast majority of the feedback supported Paris, a few thought it was “messy.”

“I’m surprised to see you celebrate people who berate your aunt and exclude her completely. Especially when you know people are going to run with it. That’s too bad,” someone noted.

Some even noticed that Diana Jenkins had been cut out of the original image.

“Sometimes, God removes people from our lives because they were only a  part of our story. Accept it. We don’t always have to know why. Don’t go chasing after them,” the message said. 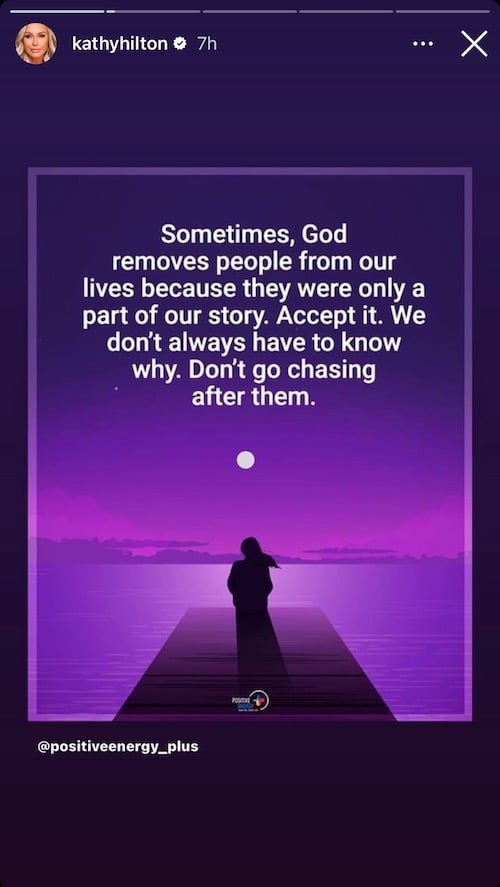 While Kathy was called out for speaking ill of Kyle amid RHOBH season 12, she confirmed she apologized to her sister “repeatedly” during an interview on E! News’ The Daily Pop last month.