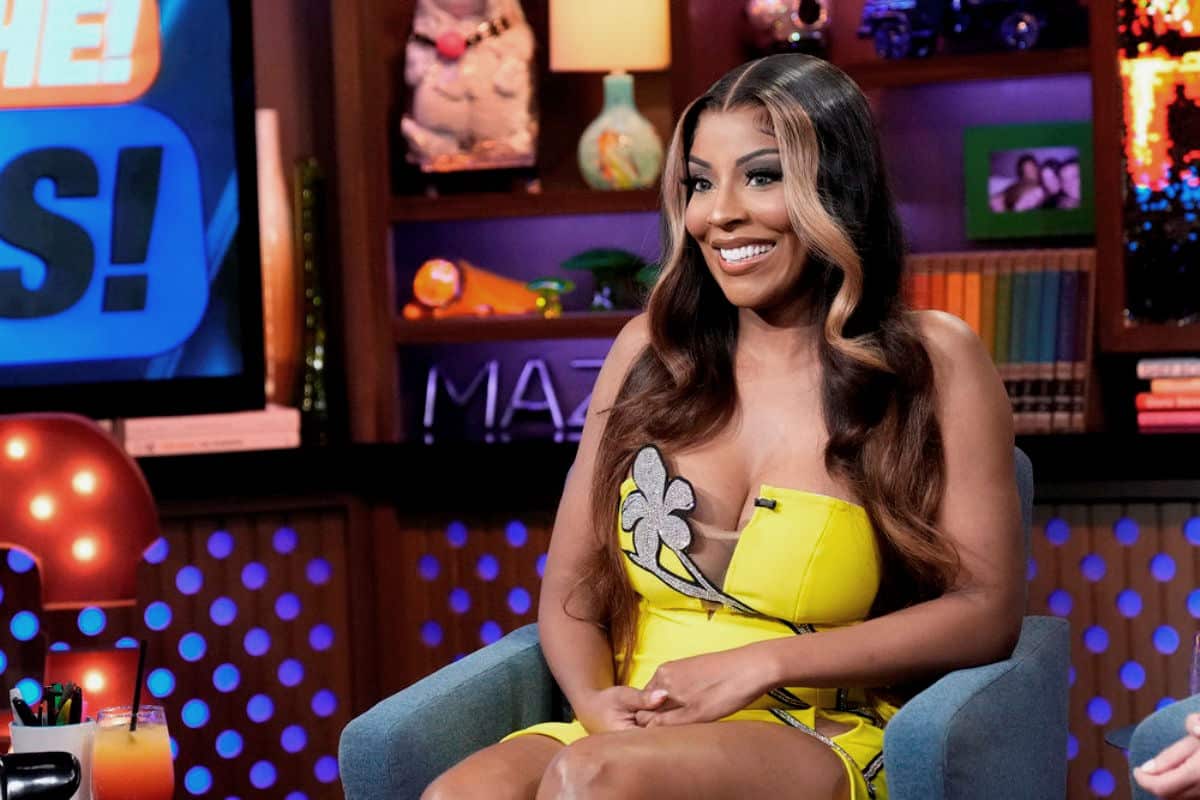 Caroline Brooks is speaking out against rumors surrounding the potential second season of The Real Housewives of Dubai.

Following the taping of the season one reunion, Caroline took to her Instagram Story, where she reacted to false reports suggesting that only certain members of the Bravo reality show, which currently includes Caroline Stanbury, Nina Ali, Chanel Ayan, Dr. Sara Al Madani, and Lesa Milan, have been asked back.

“People lie so damn much,” Caroline began on August 23, along with a smiling emoji. “NOBODY ON THE REAL HOUSEWIVES OF DUBAI HAVE BEEN RENEWED OR GIVEN A SEASON TWO CONTRACT YET! Season one hasn’t even finished airing.”

“Guys don’t DM me nonsense asking questions about our show that isn’t even done with one season,” she added. 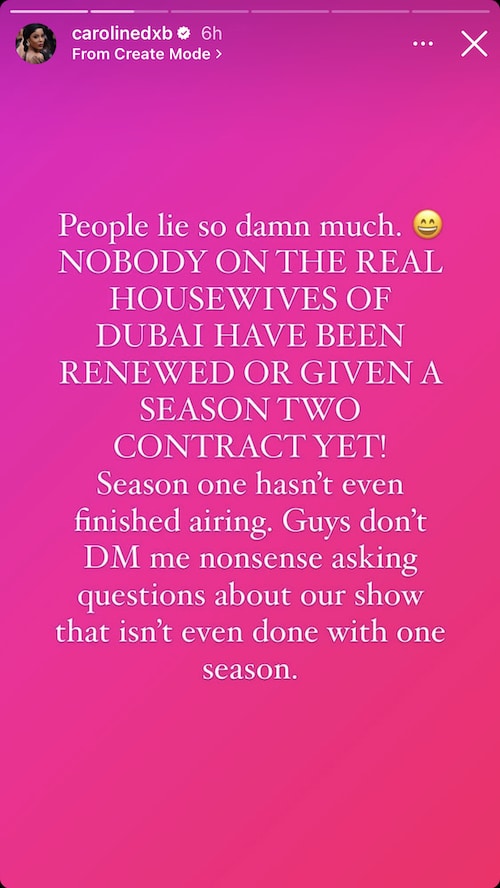 As RHODubai fans may recall, Caroline was involved in a feud with Lisa Rinna earlier this summer after the Real Housewives of Beverly Hills cast member suggested their show was racially triggering and targeted their low ratings.

“My advice to you… You need to bring the kind of energy you just brought to me, to your show. Cheers!” Lisa wrote in an Instagram Story on July 1 after Caroline slammed her “aggression” and said her “words/posts [were] reckless and disrespectful.”

Lisa’s shade was prompted by allegations of racism she received amid her feuds with the only full-time Black cast member on RHOBH, Garcelle Beauvais, and ended with an “open” conversation with Caroline herself.