Lesa Milan Fires Back at Caroline Stanbury’s Escort Accusations, Plus See RHODubai Reunion Trailer as Caroline is Accused of Being in Jeffery Epstein’s Book and Naomie Campbell Calls in! 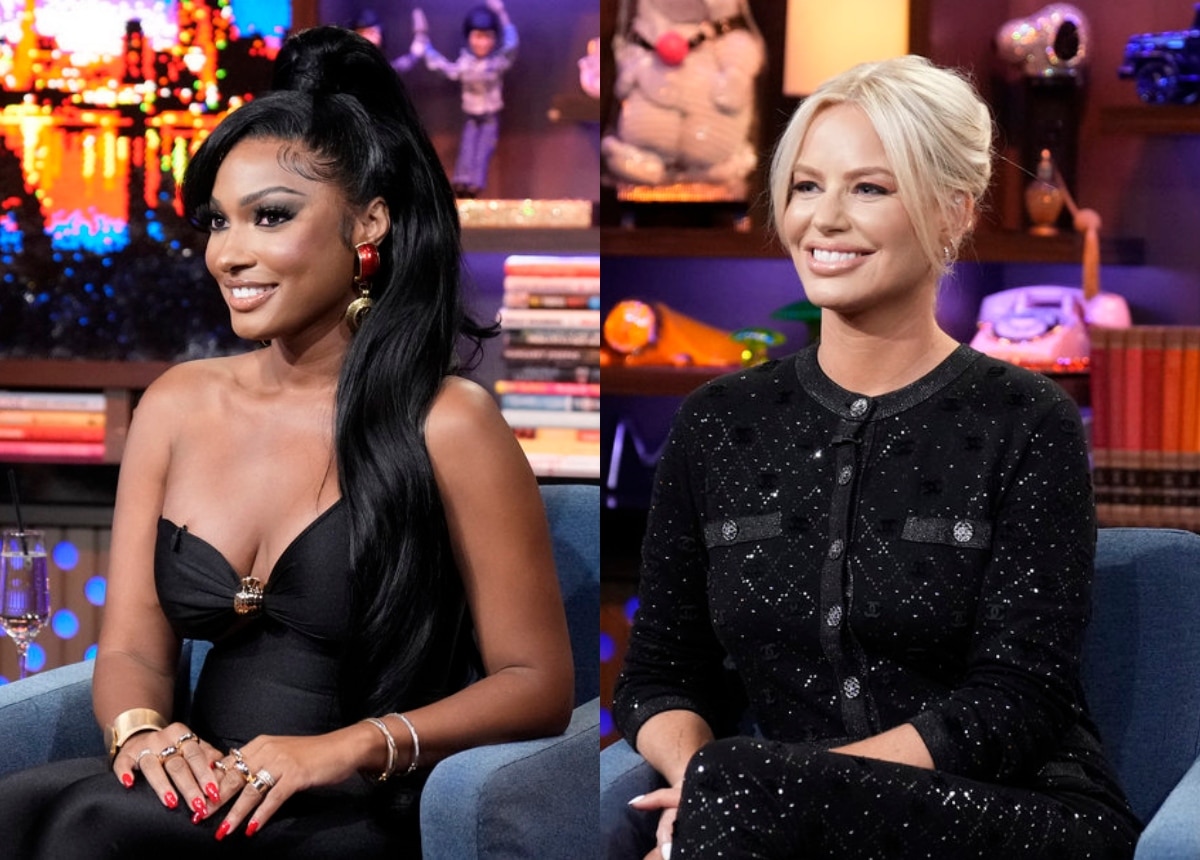 Lesa Milan took to her Instagram Story on Thursday to shut down claims of supposed escort past.

Following the release of the trailer for the Real Housewives of Dubai season one reunion, which featured Caroline Stanbury voicing the allegations after Lesa brought up the reportedly “racist” tweets of her husband, Sergio Carrallo, Lesa denied any such thing.

“My what? For the record, I’ve never been an escort – I’ve never even had a one night stand or slept with anyone on the first date! This man in the photo was the owner or manager at the resort that hosted the Miss Humanity Pageant (I was the reigning queen),” Lesa explained on August 25, along with a photo of her and one of her alleged “Johns.” 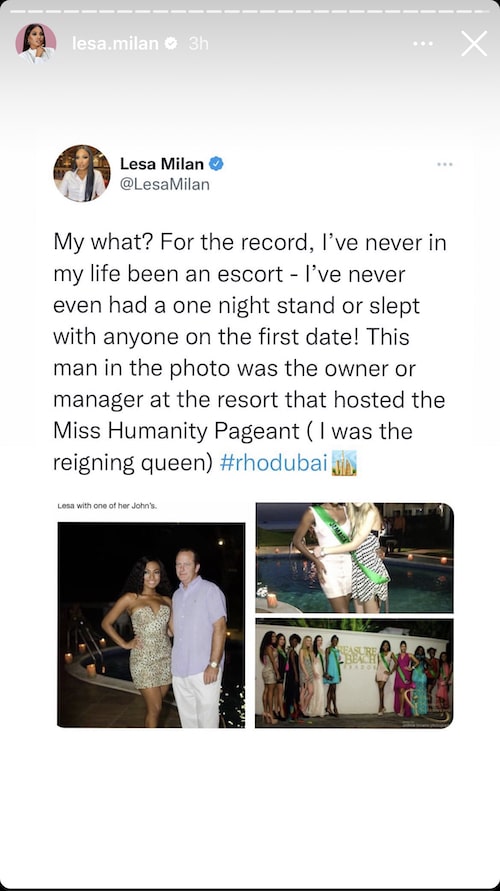 In the just-released trailer for the RHODubai reunion, Andy Cohen makes waves as he takes a call from supermodel Naomi Campbell, who applauds Chanel Ayan as “the best thing on the show” (as Stanbury shakes her head) and encourages her against letting “anyone ruffle your feathers.”

After Ayan proclaims that she came dressed in black because she was “ready to murder these b-tches,” Andy reveals that Twitter wants to know about Sergio’s past tweets.

“Oh the racist tweets?” Lesa asks, before naming Stanbury as “the wicked witch of the Middle East.”

“Focus on being in Jeffrey Epstein’s notebook!” Lesa replies.

Then, after a number of cast members tell one another to “shut the f-ck up,” Stanbury claims, “There was a pact to get rid of me.”

But Caroline Brooks confirms the news, saying, “Yes it was cuz I was a part of it.”

At that point, Stanbury puts on a pair of glasses as Andy reveals “The Book of Lies by Lesa Milan.”

“You’re obsessed with me. You wish you looked like this!” Milan fires back. 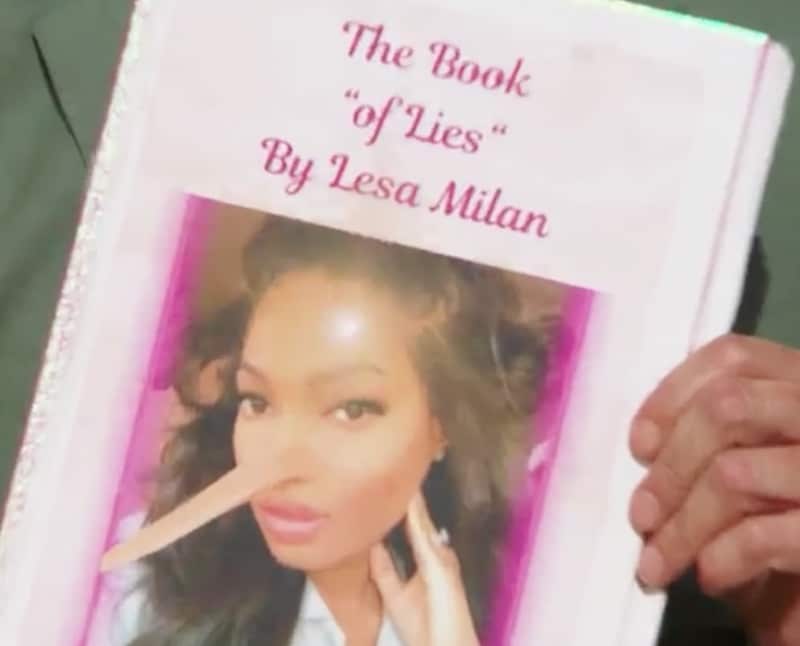 The Real Housewives of Dubai season one reunion begins airing next Wednesday, August 31, at 9/8c on Bravo.