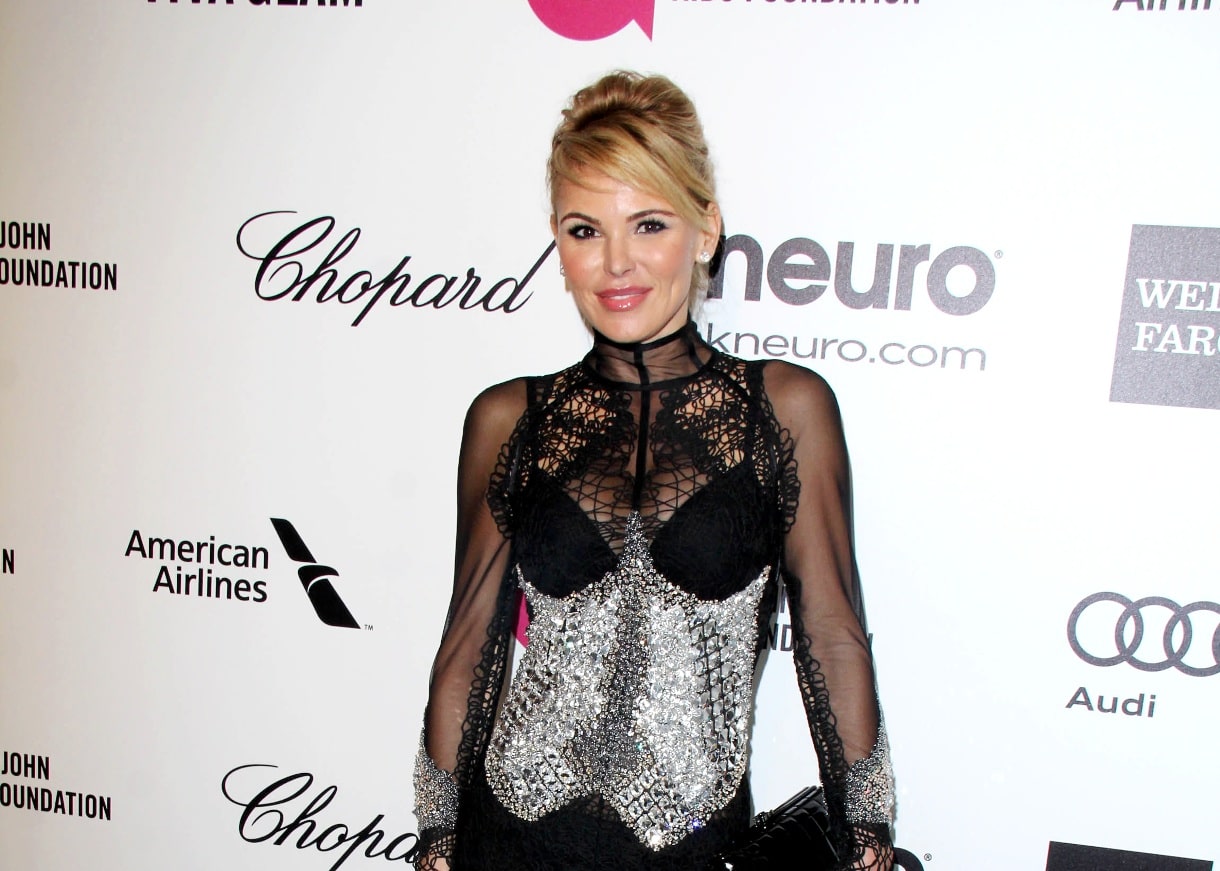 Diana Jenkins set up a foundation with a $100,000 donation toward the many widows and orphans of victims of the 2018 Lion Air plane crash in Indonesia, who Thomas Girardi was accused of embezzling $2 million from, but according to attorney Ronald Richards, those victims, at least in part, may have already been “paid in full.”

Days after the Real Housewives of Beverly Hills star publicly announced her donation, Ronald took to his Twitter page, where he confirmed that certain victims were given the money they were owed by the once-famed attorney and his now-defunct law firm, Girardi Keese, by an insurance company.

“This is intriguing to us as all the Girardi Keese Lions Air victims were paid in full by Edelson PC’s insurance. Yet, this was widely reported by media,” Ronald tweeted on September 8, along with a hashtag that read, “Stupid people explain things to me,” and a link to an article titled, “Diana Jenkins Donates $100k 2 Lion Air Flight 610 Victims’ Families.” 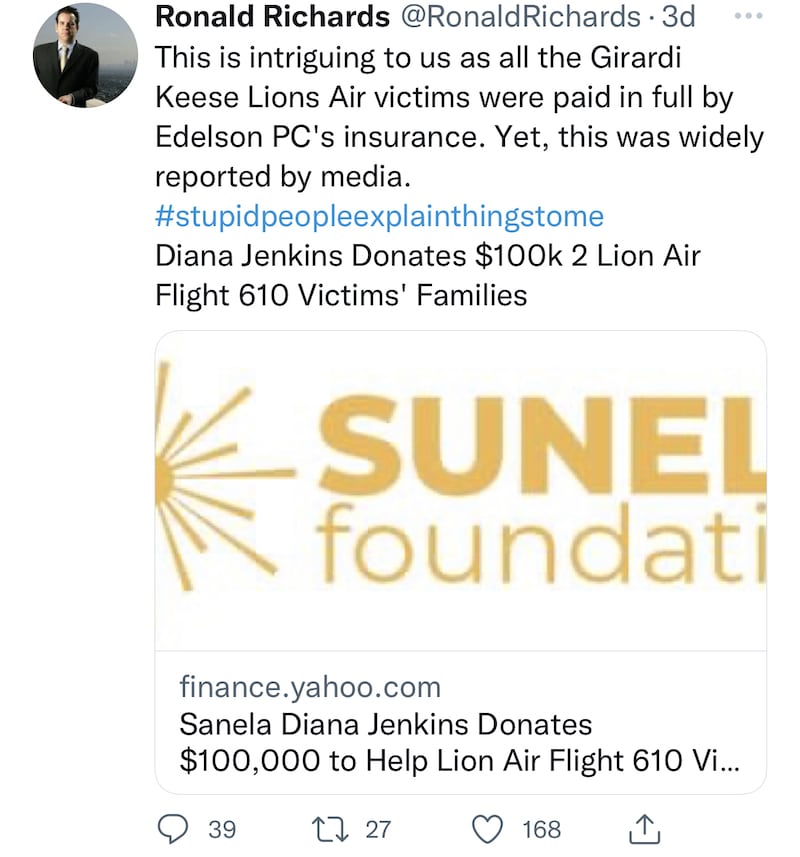 Following the post, Ronald was met with a couple of questions from his audience, who were likely caught off-guard by the news.

“I’m confused … So are you saying all the victims have been paid by your insurance company? And Diana’s foundation and money she “donated” will go back to her?” one person asked.

“The lions air victims were paid from an attorneys insurance company,” Ronald replied. 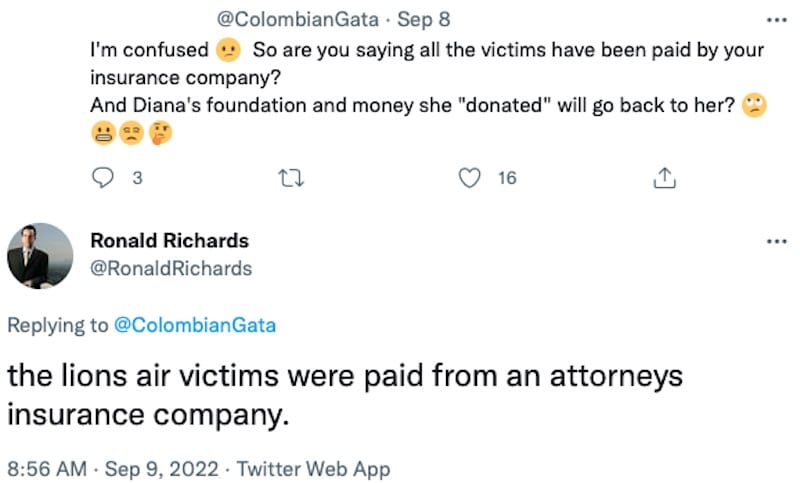 “Wait the victims were paid in full? What are they coming for Erika for then?” another wondered.

“The Lion Air victims only,” he confirmed, not revealing which ones, or how many received their settlements.

In a post shared to her Instagram page on September 13, Diana revealed what prompted her to make her donation and explained how the money, as well as any other donations received, would be transferred to the families of the Lion Air crash victims.

“Hearing about ALL the people who lost their lives on Lion Air Flight 610 weighed heavily on my heart during the filming of RHOBH and caused me to want to do something to support the families of the 189 victims,” Diana announces. “This has nothing to do with any past or ongoing litigation. It is simply a way for me, Sunela Foundation and our nonprofit partner GVNG to support the victims’ families. All funds raised will be collected, safeguarded and dispersed by GVNG to immediate family members of those who died. Details about how family members can apply for this support from GVNG will be released in the coming months. Learn more about the Lion Air Flight 610 Victims’ Project at SunelaFoundation.org.”

While it is unclear when the victims received their money, or how many actually did, Edelson PC is still in the midst of a case against Erika, as Ronald confirmed in a tweet shared weeks ago, which disclosed each of her nine pending lawsuits of the moment.

Earlier this month, as she donated $100,000 to a foundation she set up with the nonprofit GVNG, Diana released a statement.

“I was not aware of this tragedy until it became a topic of conversation on Real Housewives of Beverly Hills,” she shared. “I feel so much sympathy for the widows and orphans left behind. I know firsthand the pain and suffering that accompanies the loss of a family member, having lost my brother in the closing days of the Bosnian War.”

“I want to do what I can to support those people who suffered so much,” Diana added.