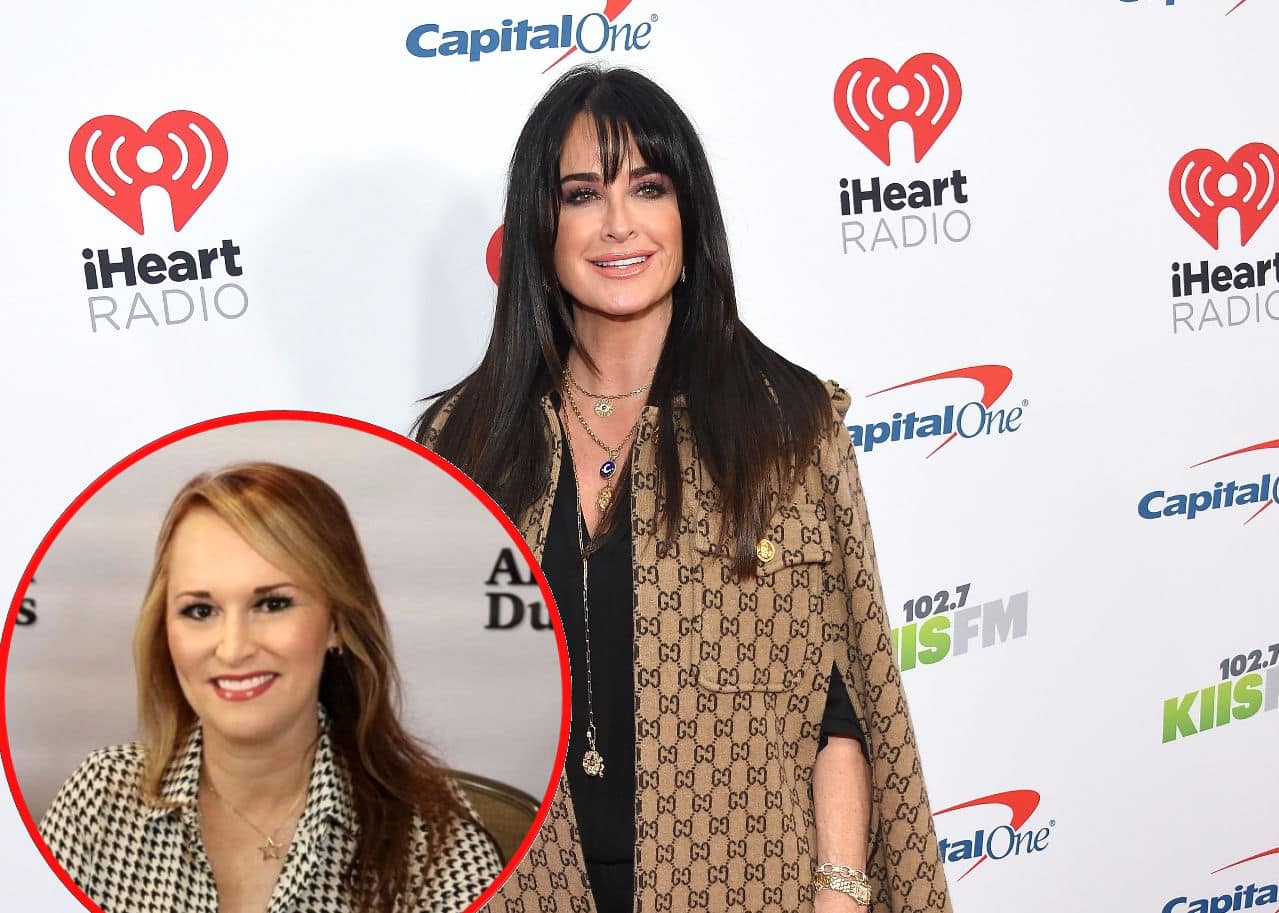 Who can forget the infamous “Dinner Party From Hell” episode of season one of The Real Housewives of Beverly Hills — during which Camille Grammer‘s psychic friend, Allison DuBois, declared to Kyle Richards that her husband, Mauricio Umansky, would “never emotionally fulfill” her?

While the scene aired back in December 2010, Allison recently appeared on a podcast, where she confirmed that after publishing her sixth book, Love Can’t Tell Time: Why Love Never Dies, which features her and husband Joe DuBois on the cover, she got a shady DM from the longtime Bravolebrity.

“I had posted [the book cover] on my Instagram and… We had and a friend of ours [snap] a picture of him kissing me. So I thought that’s perfect for this because it’s about, you know, it’s love stories, soulmates… And Kyle messaged me on my Instagram and she said, ‘Yeah, I saw your book [cover]. So does your husband emotionally fulfill you?'” Allison revealed on the September 26 episode of Behind the Velvet Rope With David Yontef.

“Yes, Kyle, for the record, he emotionally fulfills me every day of my life. Thank you for caring,” Allison replied.

According to Allison, she was “shocked” that Kyle would come for her so many years after their encounter on RHOBH and wondered, “I’m still taking up space in your head, really?”

Although Allison understands why fans would love to see a “rematch” between the two of them, she compared taking on Kyle to fighting with a 13-year-old “who thinks her boyfriend’s better than yours” and confirmed she’s since blocked her.

“I’m sure she’s created fake accounts just to see what’s been going on [with] my stuff. It’s like, get over it,” Allison continued, proceeding to target the RHOBH cast. “I really don’t think they’ve left high school. They may have children, but they’ve got arrested development. I’m telling you, it’s just unbelievable how hard a time they have navigating life.”

Allison went on to claim that one of Kyle’s friends actually paid her $3,000 to have lunch with her after the RHOBH drama took place.

“So after the show, I’ve always donated like lunches that they auction off with me for charity. And I’d been doing it well before that show. But one of Kyle’s friends paid $3,000 to have lunch with me just to sit with a woman who sent her friend where she needed to go,” shared Allison. “I thought that was jaw-dropping. I’m like, you don’t have friends.”

She continued, “There’s no friends there in Hollywood. You know, they’ll do that. You know, they wanna look at the corpse, they wanna turn it over. They wanna see the aftermath. And a lot of people actually come to my events just to shake the hand of the person that didn’t take their s**t. And one of Kyle’s friends was to pay $3,000 just to kind of say, thank you.”