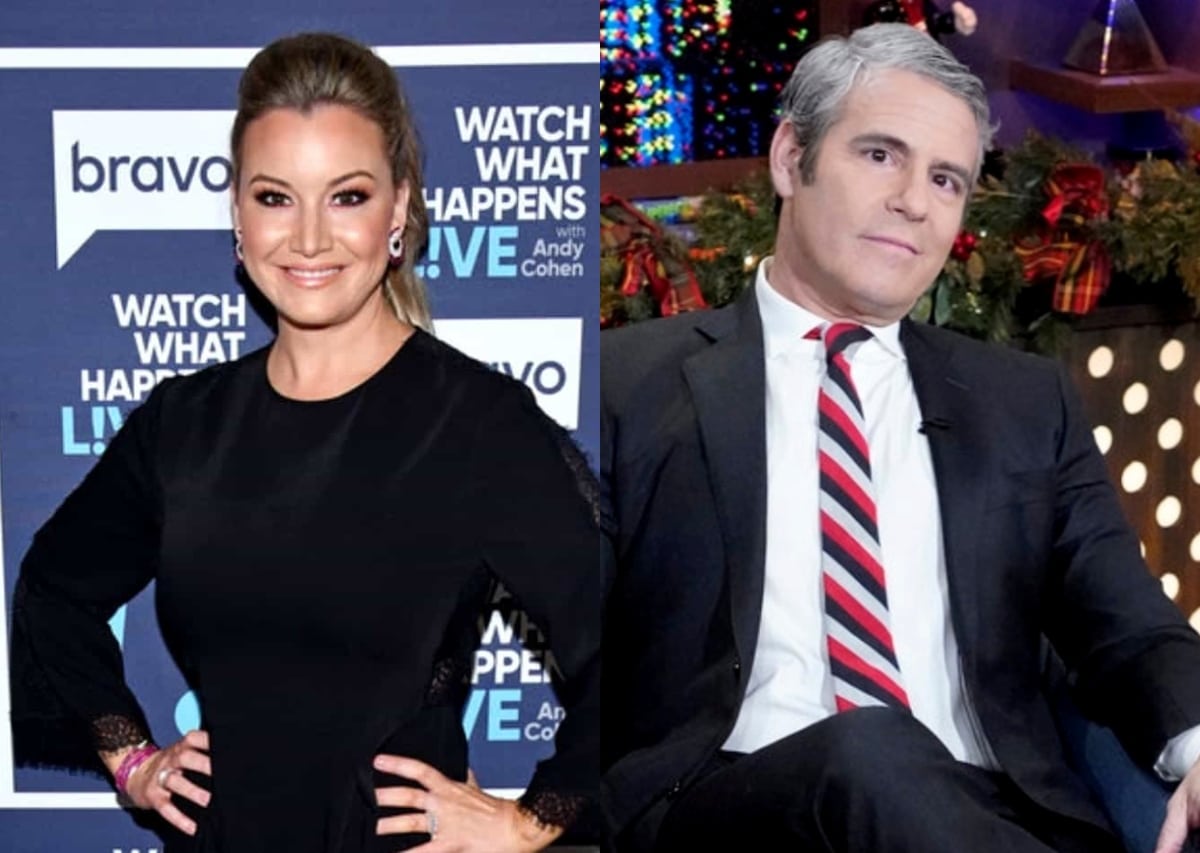 Hannah Ferrier didn’t hold back while discussing Andy Cohen during a recent interview.

Ahead of her debut on CBS’s The Real Love Boat, on which she serves as the cruise director, the Below Deck: Mediterranean alum accused the longtime Bravo exec of playing favorites and failing to watch her show before sharing what Watch What Happens Live producers do to ensure their guests tell all and teasing the new reality series.

“He definitely does [have his favorites] but he’s great at his job, he’s a professional,” Hannah began during an interview with the Hit Network. “But it used to be a little bit annoying cuz you could tell that he didn’t watch the show.”

Although Hannah confirmed that Andy never admitted to any such thing, nor did she question him directly, she noted that his apparent ignorance about the series “used to annoy me a little bit.”

Hannah also had things to say about what goes down behind the scenes of WWHL.

“It’s so much fun except you go into hair and makeup like four hours earlier and they just [flood you] with champagne so you’re really loose-lipped when you actually go on — and it’s live,” she shared.

Following her years-long stint on Below Deck: Med, Hannah is excited to be featured on the first season of The Real Love Boat, which is hosted by Rebecca Romijn and Jerry O’Connell, and she spoke of the drama that is to come.

“There is quite a bit of drama because obviously we have all these gorgeous singles on board. They’re mixing, matching, swapping, and some people are happy with the swaps, some are not,” she revealed. “There’s definitely some drama and a few tears but that’s kinda what we like in our reality TV isn’t it?”

Continuing on, Hannah said that one of her favorite things about The Real Love Boat is that producers have left in some of the series’ bloopers.

“[It] makes it really funny and really different,” she explained. “I’m really happy they’ve done that because I feel like viewers, they’re getting smarter and more savvy so why not leave the humor in?”

The Real Love Boat airs Wednesdays at 9/8c on CBS.