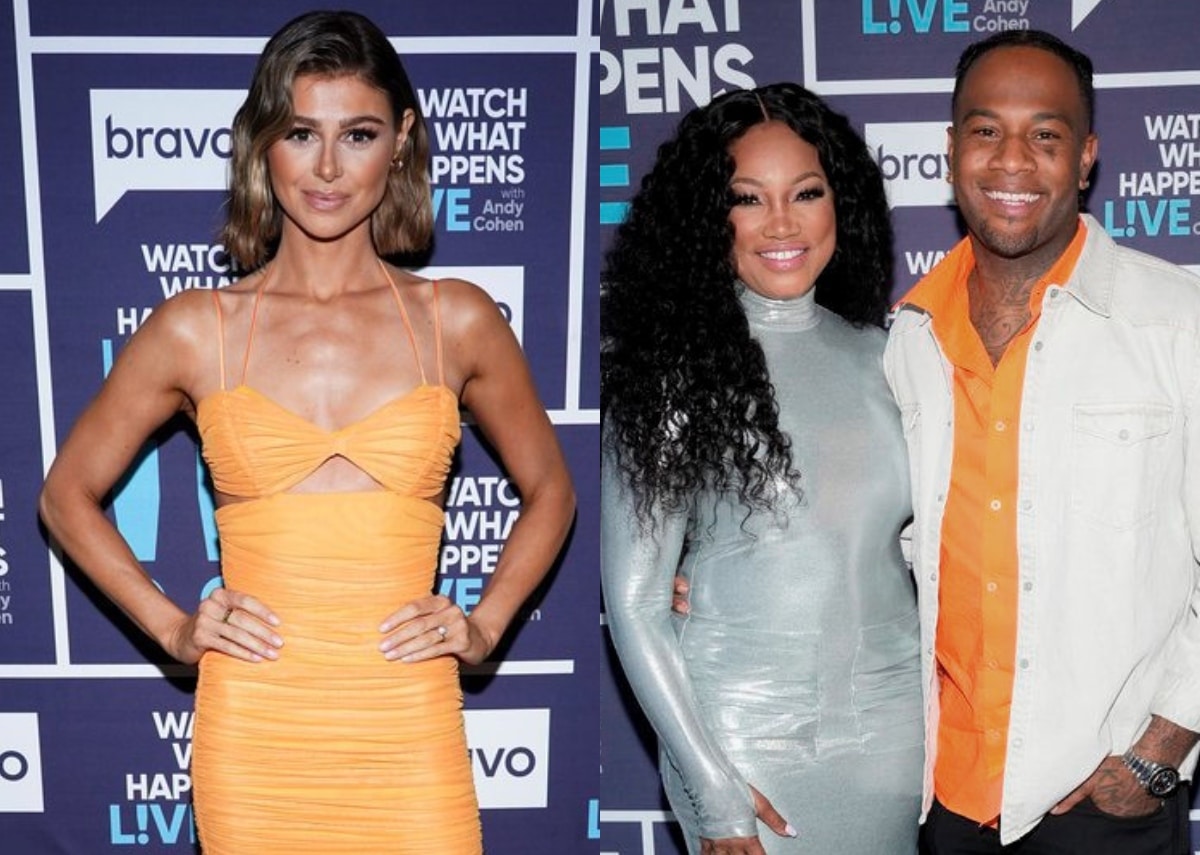 Raquel Leviss claims she was “misled” by Oliver Saunders amid filming on the 10th season of Vanderpump Rules.

Weeks after their early September date, Raquel attended BravoCon, where she opened up about the time she spent with the son of Real Housewives of Beverly Hills cast member Garcelle Beauvais, insisting she was completely unaware he was married and addressing their alleged hookup.

“I would like to clarify that I did not know Oliver had a wife. He misled me,” she told Page Six on Saturday. “I was in Vegas this year just trying to have a good time being single, and we didn’t hook up either, by the way. Just wanted to clarify all that.”

According to Raquel, she was in the midst of planning a dinner with Oliver when she found out that he was married to Samantha Saunders, the mother of his two-year-old son, Oliver Jr.

“I was getting ready to go on a date with him when I found out he had a wife, so it completely changed the dynamic of the day and my mindset going into that,” she shared. “It was a stressful day, stressful two days afterwards.”

After learning Oliver had gone out with Raquel, Samantha took to her Instagram page to call him out, claiming he “made out” with Raquel for the cameras of Pump Rules. And as Raquel admitted, Samantha wasn’t out of line for putting Oliver and his “unacceptable” behavior on blast. Much of the behavior took place at Lisa Vanderpump‘s restaurant, Vanderpump à Paris, where he works.

“He has committed adultery with coworkers and guests of the restaurant,” Samantha claimed of her now-estranged spouse, who also works at the Vanderpump Cocktail Garden.

Amid the drama, Lisa was seen filming with Garcelle. And according to Raquel, the ladies ultimately discussed what had gone down between her and Oliver.

“I feel like Lisa just kind of wants to make sure she that she hears both sides of the story and fully understands,” Raquel revealed. “I feel like she might have talked to Garcelle and understood more of Oliver’s side, but I feel like I need to stand up for myself and hold my own because he put me in a situation that I didn’t want to be in and I didn’t ask for.”

“I hate that she was put in that position. I think it was unfair that she was lied to and misled because now, forever, she will have that stamp on her. She didn’t deserve that,” Scheana stated, adding that she hasn’t seen or spoken to Oliver since she and husband Brock Davies attempted to arrange a double date.

“Maybe she just wanted to do that the whole time [we were together],” he suggested. “Maybe she just needed to get it out of her system. Maybe it makes her feel more her. I don’t know, whatever makes her happy.”

Vanderpump Rules season 10 is expected to premiere on Bravo sometime later this year or early 2023.