Home Vanderpump Rules Lala Kent is “Grossed Out” by Tom & Raquel Hookup, Reacts to Oliver Saunders Rumors as Vanderpump Rules Star Gets Sobriety Award, Plus Why GG is Giving Her “Respect” Amid Feud

Lala Kent is “Grossed Out” by Tom & Raquel Hookup, Reacts to Oliver Saunders Rumors as Vanderpump Rules Star Gets Sobriety Award, Plus Why GG is Giving Her “Respect” Amid Feud 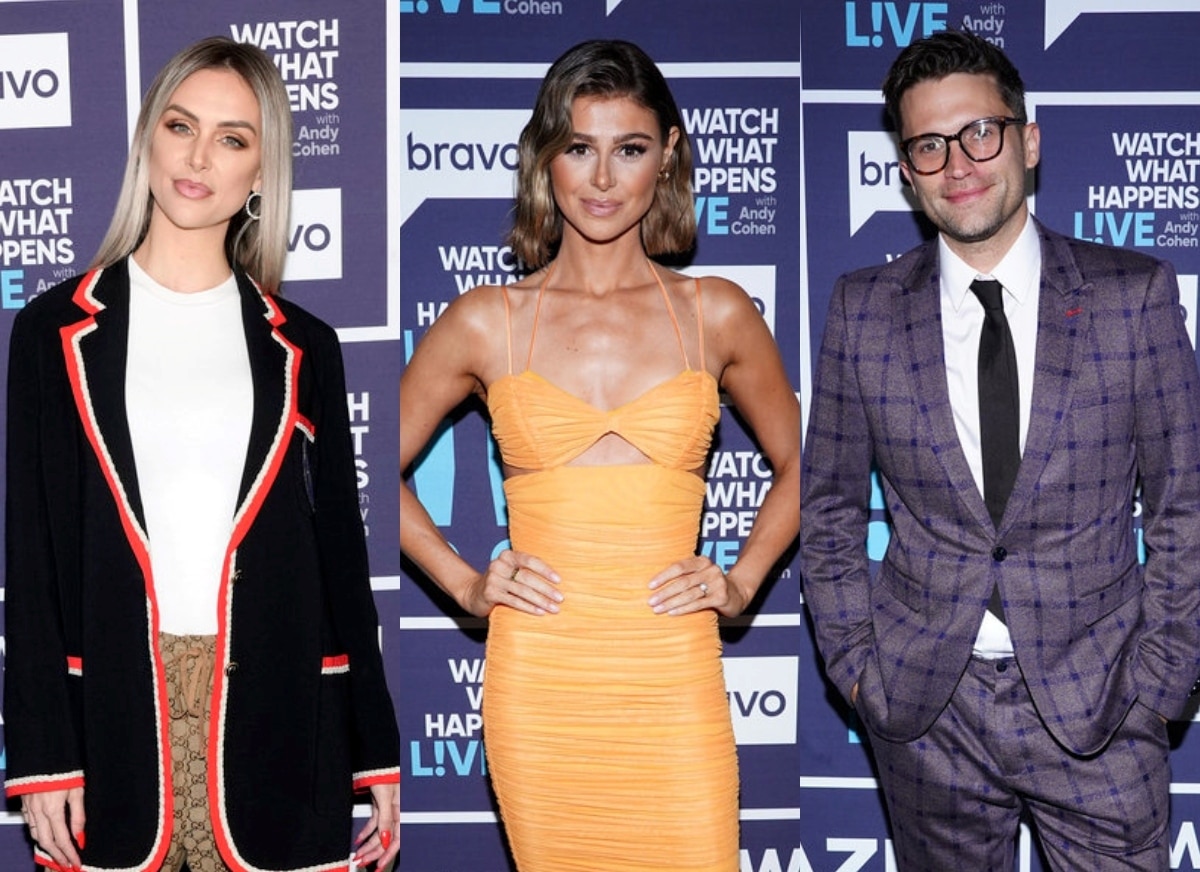 Lala Kent isn’t happy about the alleged hookup that took place between Tom Schwartz and Raquel Leviss in Mexico.

While attending the 17th annual Summer Spectacular in Beverly Hills on Saturday, where she received the Spirit of Sobriety Award as she was honored as the guest of honor, the four-years clean Vanderpump Rules star reacted to the rumor about her castmates, dished on season 10, and more.

During an interview with Radar Online at the event, which was also attended by Katie Maloney and Stassi Schroeder, Lala said she has her friends’ backs, adding that she’s “grossed out” by what allegedly went down between Tom and Raquel amid Scheana Shay and Brock Davies‘ wedding trip in August.

“All I’m going to say is, it’s going to be a [phenomenal] season,” Lala said of the upcoming episodes. “Everyone feels the same way – producers, cast members, it’s a lot.”

Lala was also fairly coy about her thoughts on Raquel potentially contributing to the end of Oliver Saunders‘ marriage, which seemingly imploded earlier this month as his wife, Samantha Saunders, accused him of cheating with her.

“You know, we are all just on this journey in life, and some journeys I’ll participate in, and some I will not,” she stated. “And right now, my journey is just being a good mom [to one-year-old Ocean] and being present at this event tonight – that’s where I’m at.”

Speaking of Katie and Stassi’s support, Lala said their presence on Saturday night meant “everything to [her].”

“The moment I said, ‘I am identifying as an alcoholic,’ they all stepped up to the plate for me. They keep me protected,” she revealed. “There was a moment in Paris a few years ago, that I said, ‘The only thing that makes my mouth water is someone drinking rose.’ Stassi and Katie said, ‘Even if you wanted to, we would never allow that to happen.’ And that for me, it was like, I wasn’t thinking of picking up a drink but that fact that they said that.”

As she celebrated her sobriety, which she touted as “the proudest thing [she’s] ever done,” Lala received support from Lisa Vanderpump, Heather McDonald, and Shahs of Sunset cast members Reza Farahan and Golnesa “GG” Gharachedaghi.

“I’m here for Lala,” Lisa said at the event. “It’s been a huge, challenging year for her with everything she’s been through – held up in this public forum – and I just think she’s done so well with her sobriety.”

Even GG, who has been involved in a months-long feud with Lala over her vocalization of the details of her ugly split from Randall Emmett, said she commends Lala for her dedication to her sobriety.

“My first time meeting Lala was at 2019 at BravoCon in NY. We were on a panel together for bada– women and backstage we started talking about her mission to sobriety and how she’s sober and I was really commending her for all of her strength,” she said. “Fast-forward three years later and she’s in the depths of a custody situation — being cheated on, being hurt, being schemed, being lied to — and she remains sober. No matter what anyone wants to say about anyone’s character, when you see that, you have to give them respect.”

Following the event, Lala shared a photo of herself with her Pump Rules castmates and reflected on the mission.

“Over the weekend my sobriety was acknowledged at the [The Brent Shapiro Foundation] charity event. I am honored and humbled by this. This foundation does such incredible work. Taking pain and tragedy and turning it into purpose- giving kids the opportunity to a bright future by incentivizing them to stay sober in their most vulnerable and impressionable years. I am so proud of the kids who got scholarships, and I can’t wait to see what they do in this world. I’m grateful for the people who have supported me in my sober journey, protecting me and believing in me. I am blessed beyond words. Thank you to Bob and Linell Shapiro for this great honor. Together, we will not only change lives, but save them, in honor of Brent,” she wrote.

Vanderpump Rules season 10 is expected to begin airing on Bravo in early 2023.