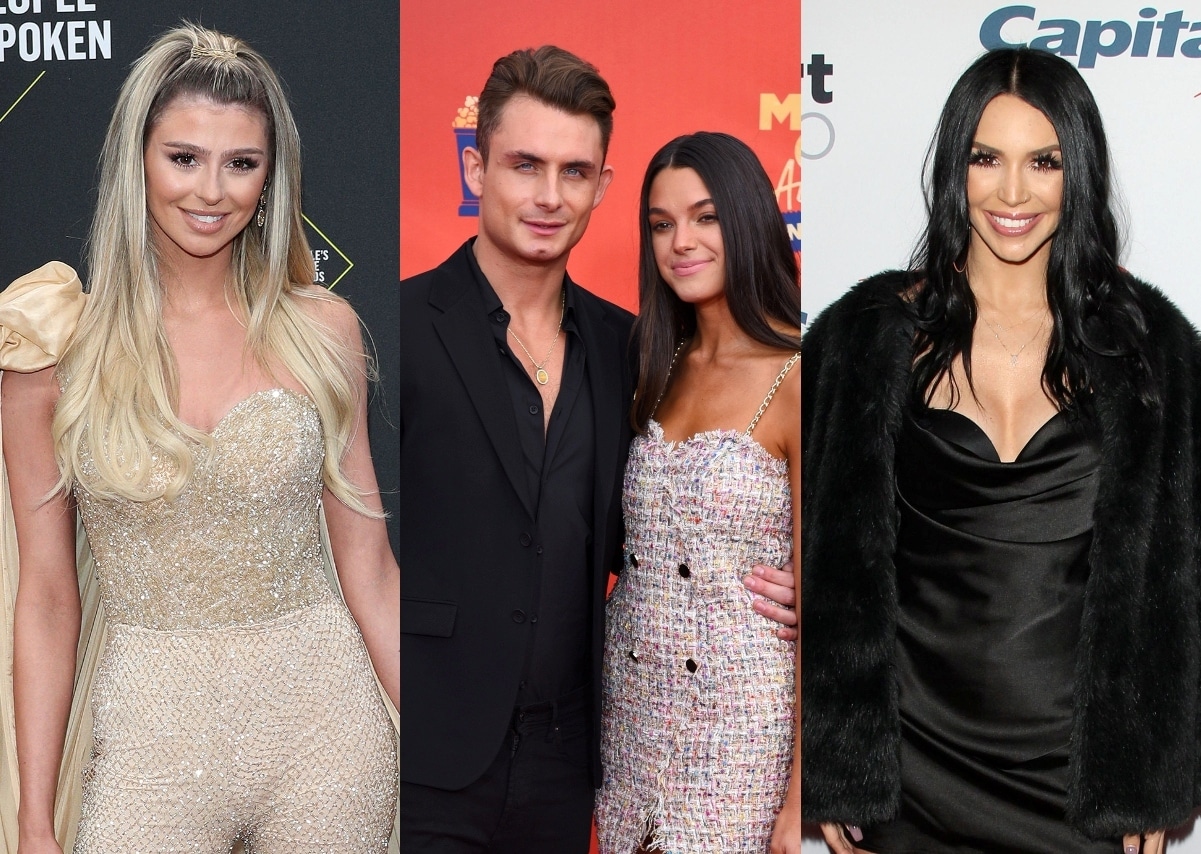 Raquel Leviss enjoyed a night out with Scheana Shay on Thursday and, perhaps surprisingly, James Kennedy and his new girlfriend, Ally Lewber, were also in tow.

Although Raquel and Ally have been seen together before, and were both in Mexico last month for the wedding of their Vanderpump Rules co-stars, Scheana and Brock Davies, they looked extra happy to be spending time with one another as both Raquel and James shoot footage of their outing.

In Raquel’s clip, she was seen sitting beside Scheana and Ally at a restaurant, where they smiled and blew kisses at the camera. 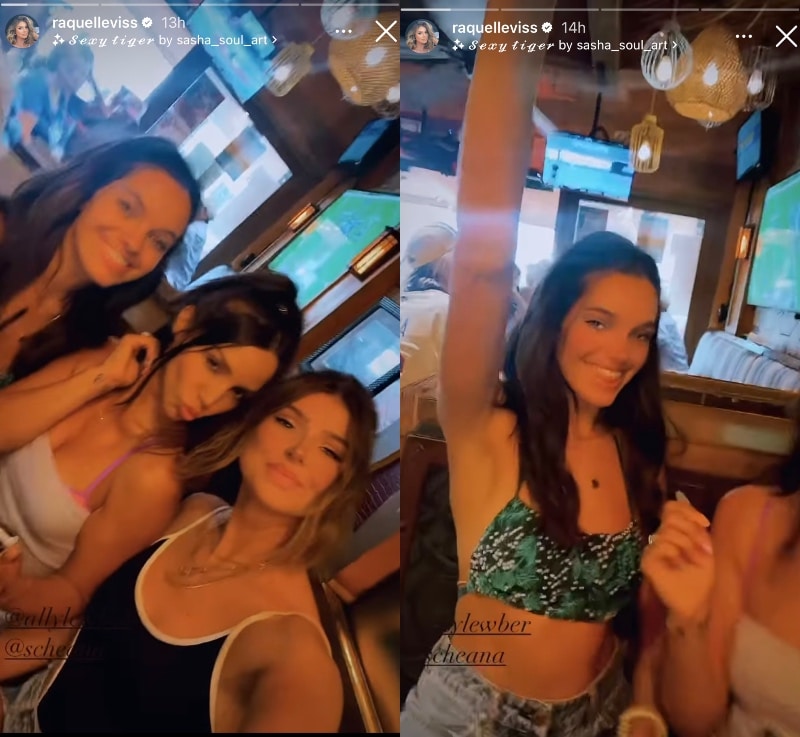 In another video, which was posted by Scheana but shot by James, the ladies again smiled flirtatiously. 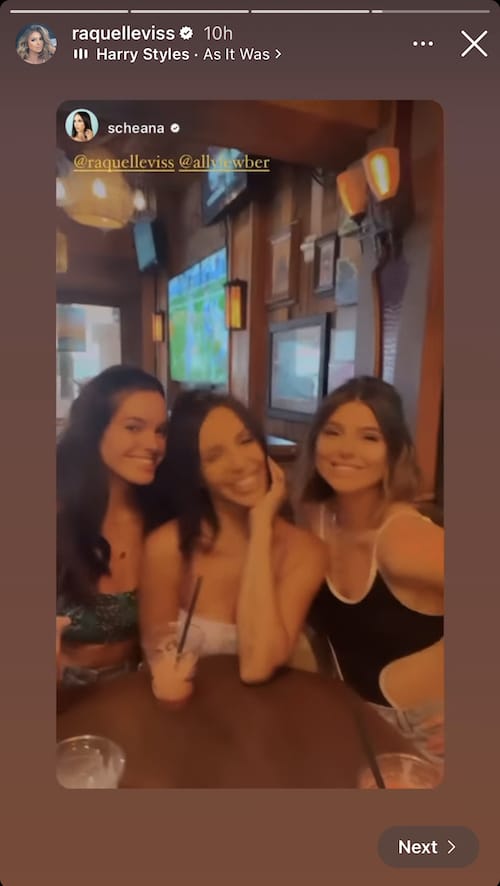 As Pump Rules fans may know, James began dating Ally earlier this year, just weeks after his and Raquel’s months-long engagement came to an end in late 2021. However, they didn’t make their red carpet debut until March, when they attended the 2022 iHeartRadio Music Awards.

The following month, Raquel appeared on Katie Maloney‘s podcast, You’re Gonna Love Me, where she admitted that James moved on from their relationship much quicker than she expected.

“Four weeks after the engagement was broken off, James has a new girlfriend… I’m judging you if you have a girlfriend after your engagement has ended in a one-month period. It’s quick,” she noted.

But because it was she who chose to end the relationship, she was giving him grace.

“We all cope with breakups differently but I do feel like being single isn’t a bad thing. I think it’s a great time to relearn who you are and heal from your past traumas and to figure out what you really really like and to date people,” she explained.

Since her split from James, Raquel has been linked to Peter Madrigal, Nema Vand, and, most recently, Tom Schwartz, who she allegedly hooked up with last month as the two of them enjoyed Mexico with Scheana and Brock.

Vanderpump Rules season 10 is currently in production and expected to premiere on Bravo sometime in early 2023.