Pump Rules’ Raquel Leviss Confirms Date With Peter Madrigal, Shades James for Moving on Quickly and Admits She Was “Strangely Attracted to Him” Post-Split, Plus Shares New Project 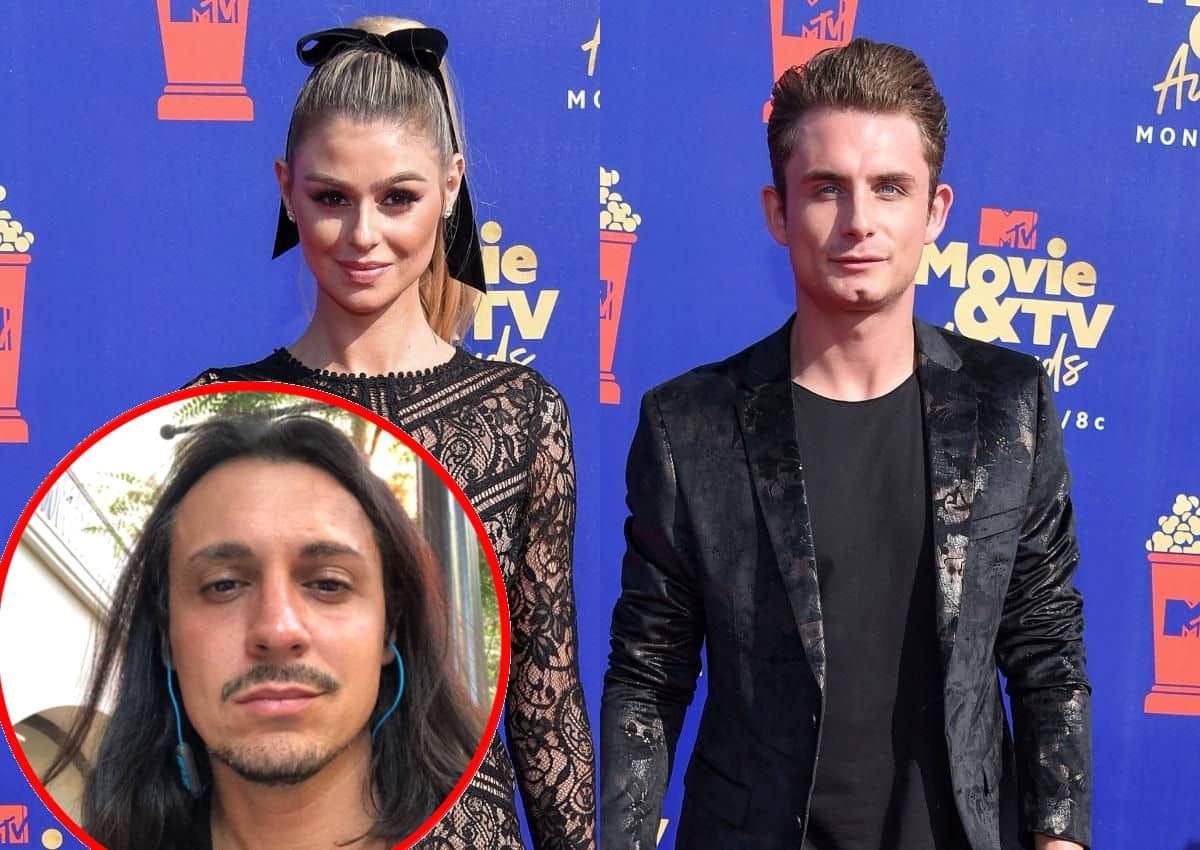 Raquel Leviss recently went out on her first date after splitting from former fiancé James Kennedy at the end of last year. And in doing so, she confirmed the rumors regarding her outing with longtime SUR employee and frequent Vanderpump Rules guest star Peter Madrigal were correct.

While appearing on Katie Maloney‘s podcast on Friday, Raquel revealed what led her to get drinks with Peter, shaded James’ new relationship with Ally Lewber, and admitted to feeling attracted to the DJ during a post-split meeting at his new apartment.

“Last night, I went out for drinks with Peter,” Raquel confirmed on the April 1 episode of You’re Gonna Love Me. “And it was just a fun little time and I figured this would be a good opportunity for me just to like get back out in the dating world because I haven’t had an official date since the breakup. And so when he asked me to go grab drinks with him, I was like, ‘Hm okay sure.’”

After Katie joked that she “can’t judge” because she too has gone out with Peter and even made out with him, Raquel admitted that she never thought Peter would be someone she’d find herself on a date with. That said, she clarified that their outing is nothing to be taken too seriously.

“It was one friendly date. Nobody else has asked me out on a date so this is literally the first person that asked me on a date and I said yes because why the hell not? It’s good practice after five years. It’s scary but it’s also invigorating and exciting,” she explained.

Although Raquel is enjoying getting back into the world of dating, she’s less than impressed with the rapid pace at which James did the same. And when Katie asked Raquel what makes her feel judgmental, she took the opportunity to throw some shade at her ex.

“Four weeks after the engagement was broken off, James has a new girlfriend… I’m judging you if you have a girlfriend after your engagement has ended in a one-month period. It’s quick,” she noted.

Raquel then admitted that because she was the one to call things off, she wasn’t judging James too harshly.

“We all cope with breakups differently but I do feel like being single isn’t a bad thing. I think it’s a great time to relearn who you are and heal from your past traumas and to figure out what you really really like and to date people… I love being alone,” she stated.

Looking back at her decision to end her engagement to James, Raquel admitted it was a process.

“It was like a processing thing, like realizing, ‘Is this the relationship for me,’ coming to terms with it, and taking the steps mentally to prepare to leave a relationship that’s no longer serving you in the ways you need a relationship to be,” she revealed.

Following her breakup from James, Raquel spent time away from her ex. Then, after reuniting with him to fetch some of her belongings, Raquel admitted to getting a big surprise.

“I saw him differently. I saw him in a new light and strangely was attracted to him,” she revealed.

Regarding what’s next, Raquel made an exciting announcement to Katie, stating that she’ll be competing for Miss California USA on the weekend of June 3.

“I’ve been training and preparing for this competition and focusing all of my energy into preparation for this,” she shared.