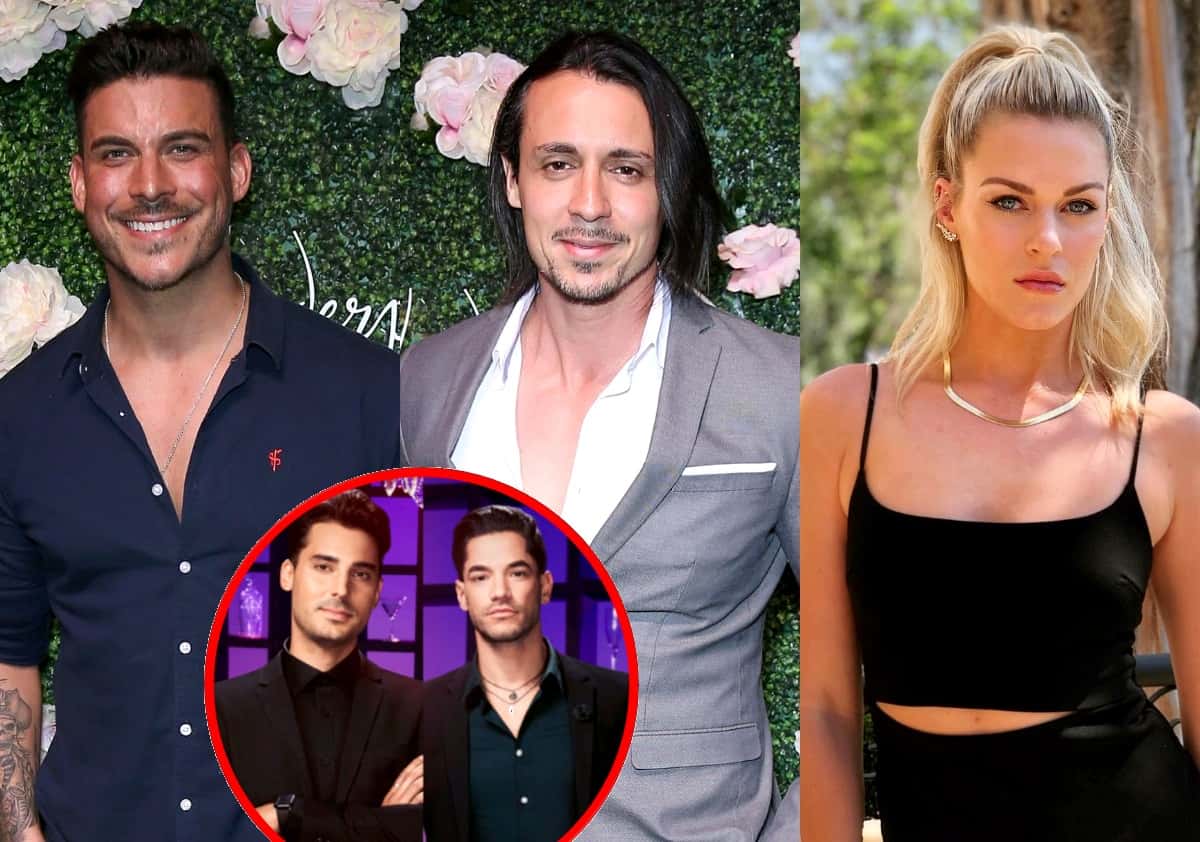 Following the premiere episode of season eight, which aired earlier this month, Jax took to his Twitter page to set the record straight about Dayna Kathan‘s claim that her hookup with Peter never happened while also addressing the Twitter scandal his other co-stars, Max Boyens and Brett Caprioni, are currently facing.

“Did you believe Dayna when she said she didn’t hook up with Peter in the bathroom last year?” a Bravo fan account asked in a recent poll.

“I saw you Peter I got your back!!” Jax replied.

The following day, Jax told another fan that he and others “saw [Peter] hook with her” and added that Dayna “is full on lying.” 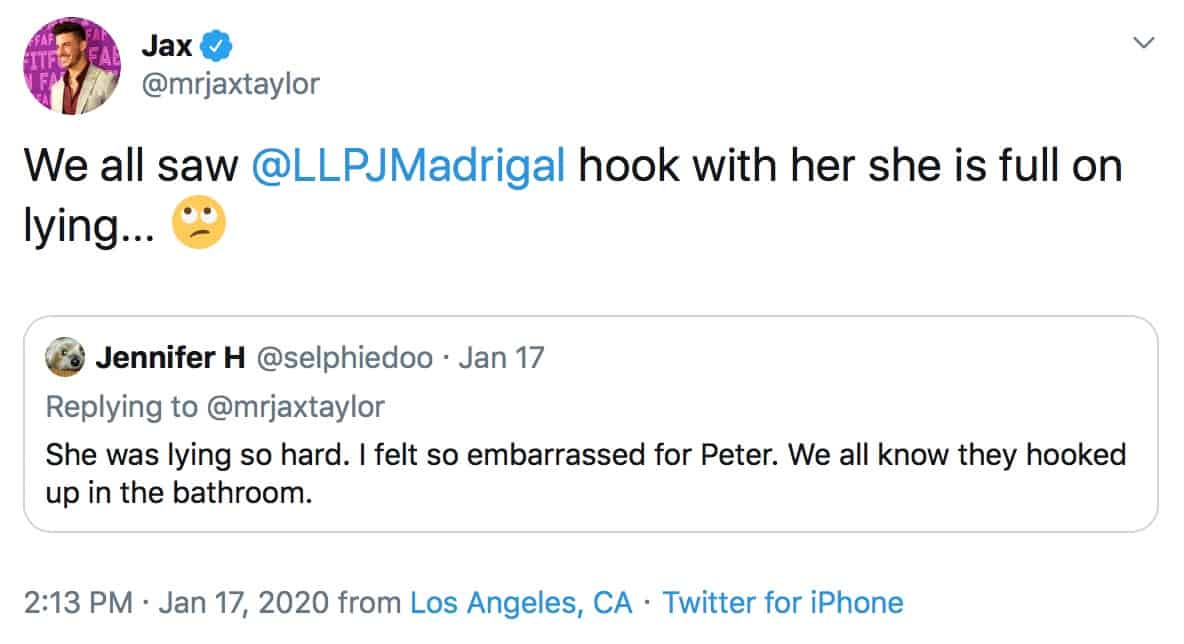 “When you have been on the show for 30 seconds and try and say [Peter] is lying… nice try we all saw you,” he tweeted. 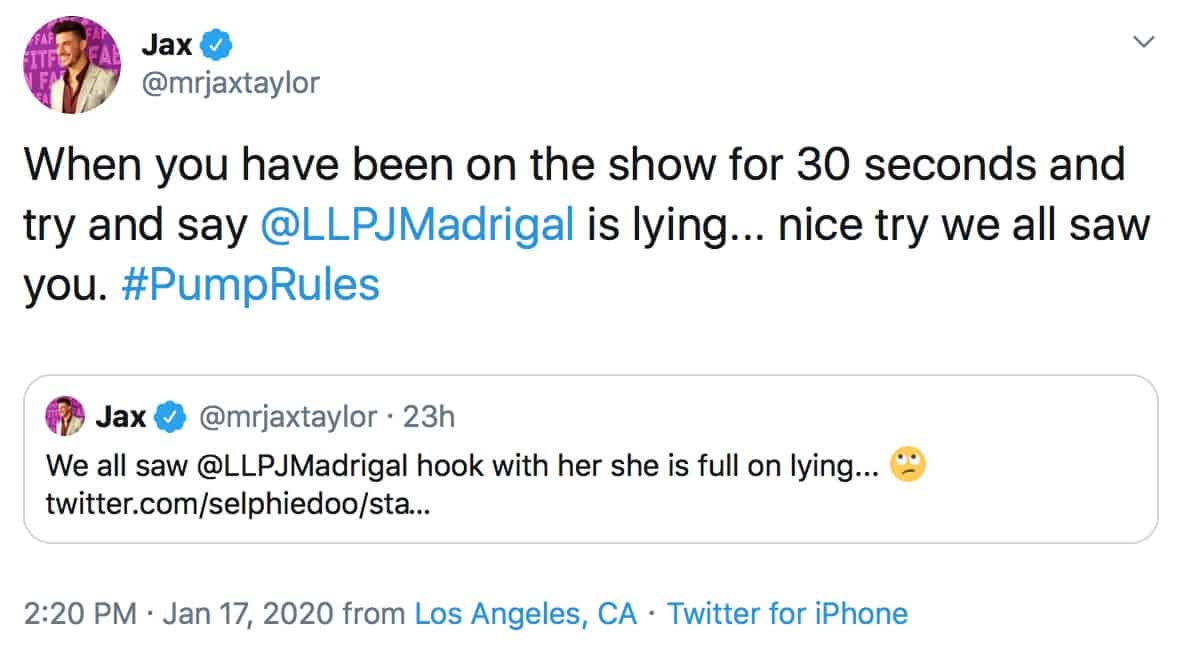 During the premiere episode of Pump Rules, Peter pulled Dayna aside at Tom Schwartz and Katie Maloney‘s housewarming party to discuss their hookup ahead of Dayna’s transition from TomTom to SUR. However, after bringing up the issue up with his new co-star, she completely denied having taken part in any such thing.

In another series of tweets, via Us Weekly magazine, Jax reacted to the recently resurfaced tweets from Max and Brett, many of which included the term “n***a.” As fans may have seen, both men used the term on numerous occasions several years ago before offering public apologies for doing so days ago.

“Yeah… it’s being handled,” Jax wrote after a fan sent him a screenshot of the tweets on Friday.

“No outcome yet… it’s up to the network how they want to handle it. Way above my pay grade,” he added in a second post.

In a statement to the magazine regarding his past tweets, Max said, “I want to sincerely apologize for what I tweeted in 2012 — it was wrong on every level. It is not a representation of who I am. I am shocked I ever tweeted that — and I am disgusted and embarrassed. I am truly sorry.”

Brett also issued an apology for his offensive tweets.