Raquel Leviss Reveals Real Reason for Split From James Kennedy, Talks Breaking Point and Her Exit Plan Due to “Concern,” Plus Their Status Today 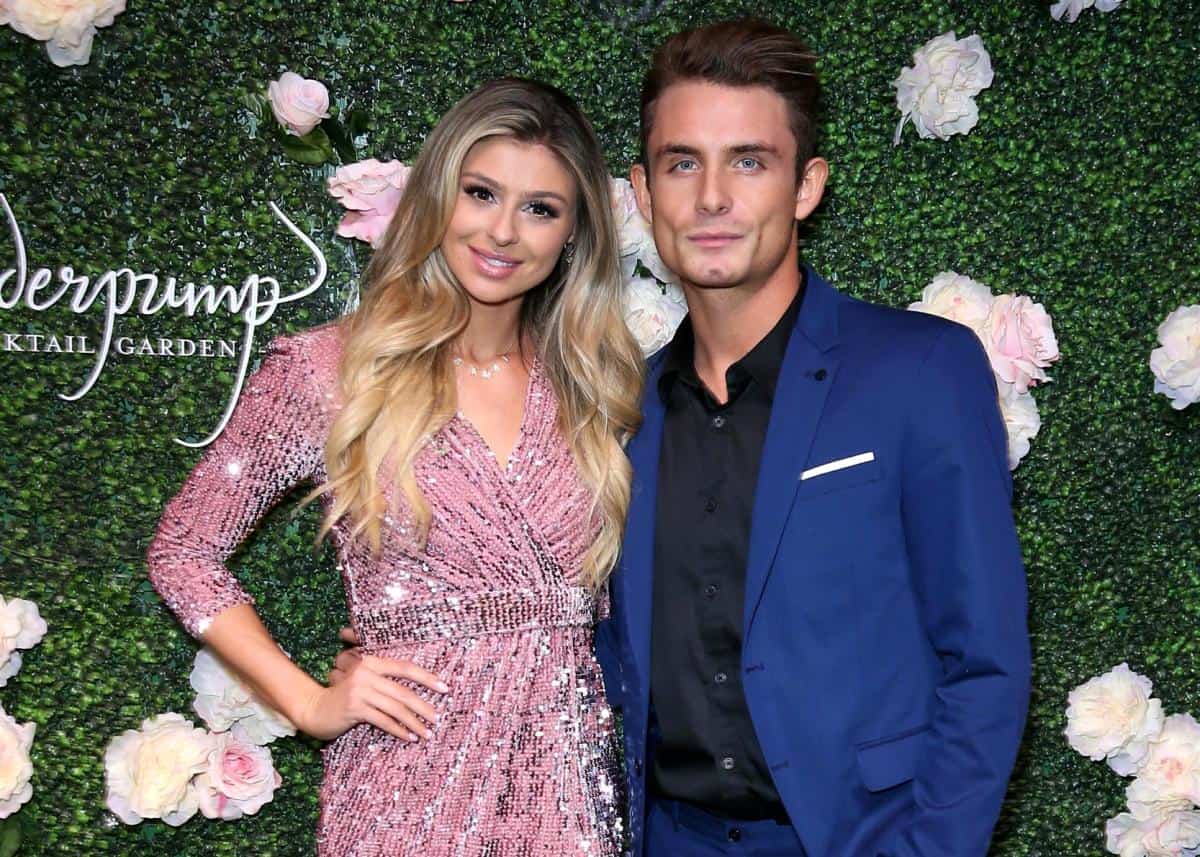 Raquel Leviss opened up about her split from James Kennedy on a recent episode of Scheana Shay‘s podcast.

Weeks after the former couple confirmed the end of their five-year relationship while filming the Vanderpump Rules season nine reunion, Raquel explained what led her to call it quits with the DJ and opened up about why she was concerned for her safety amid their surprise breakup.

“There wasn’t one thing exactly. It was like an accumulation of things,” Raquel told Scheana on the January 7 episode of Scheananigans.

According to Raquel, a Thanksgiving Day feud between James and her father led her to reconsider their future.

“James has always felt like my parents haven’t embraced him into the family the way that he wanted to be accepted. [And] my dad said some rude comment to him about him not wearing the hiking shoes he bought him when James asked for my dad’s blessing,” Raquel revealed. “He took it very personally. He took it as a knock to his ego and reacted in a way that my sister says was not acceptable, and I agreed.”

Raquel said James became “very angry and defensive” and ultimately, they were forced to return to their hotel.

“I found myself making excuses for him and that’s not who I am. It was getting to the point where my family and him were not meshing well and the future of Thanksgiving and Christmases and holidays was looking like it was either going to be James or my family,” Raquel admitted. “Especially if we had a baby, I feel like James would make my parents out as the not good grandparents… just foreseeing this future and what it was all coming down to, I was like, ‘I don’t want that.’ It was kind of at Thanksgiving where I realized this relationship isn’t one I want to be in anymore.”

Although Raquel was done at that point, she waited to actually call it quits with her longtime partner, who she became engaged to in May 2021.

“Because James does have a history of acting out and being angry, my mom and I were both concerned that he wasn’t going to have a good reaction when I told him so I wasn’t planning on saying anything until he went out of town,” she explained.

So, rather than end their romance right away, Raquel went through with a pre-planned trip to Disneyland.

“I felt like I had to put on an act… just to make sure I was safe,” Raquel shared, looking back.

As the Pump Rules reunion day approached, Raquel learned of not one, but two splits close to her.

“When I heard that [Randall Emmett] and [Lala Kent] broke up, I was surprised but then also a little relieved for her and then I felt this feeling, not of jealous, but of envy knowing that she’s going to be okay,” Raquel recalled. “[Then] fast-forward two days after the breakup of Randall and Lala, my friend Becca calls me and she’s like, ‘Raquel, Brian and I just broke up.’ They were married for 15 years and she went abroad to Portugal and had this amazing experience with her friend and she had a near-death experience on the flight back… And things did not change and he wasn’t embracing her the way she wanted to be embraced. She was like, ‘I don’t want to be in this relationship anymore.’ And then when I came out from the room, James looks at me and was like, ‘Why do I feel like we’re next?’”

Although Raquel assured James that they were “going to be just fine,” things reached a breaking point as they watched back episodes in preparation for the reunion taping.

“It was the scene when Tom Sandoval and Tom Schwartz were having their breakup and James laughed and he’s like, ‘Why couldn’t I have a funny storyline?’ And I was like, ’Seriously? You could have if you wanted to.’ And he was like, ‘What the hell does that mean?’ I was like, ‘Oh just kidding. I didn’t mean anything.’ And he’s like, ’No, tell me what you mean by that.’ ‘Well, you have control over your actions and you decided that you were going to make whatever storyline about, not that it was about me, but it wasn’t supporting me emotionally the way that I needed to be supported,'” Raquel stated.

“So I explained that to him and he was like, ‘Oh I didn’t know you felt that way.’ And then the conversation just kept going. It was like word vomit. I was like, ’This is what I’ve been feeling and I can’t keep it in any longer because I feel like I’m not being an honest person and I’m lying to you and I don’t feel comfortable with this,’” Raquel continued. “So I told him, truly my heart isn’t in it anymore. I don’t appreciate the way that you treat other people. It’s not how I treat other people. And a piece of me dies inside me every time you mistreat somebody.”

While James attempted to get himself another chance, Raquel was unwilling.

“He was like ‘Okay. I see it in your eyes. It’s over.’ And he was calm. He was listening to me. I was preparing for the worst and it was the best possible outcome I guess that it could have been. Because he really did listen to me and was understanding of where I was coming from,” Raquel revealed. “He respected my decision. He was like, ‘Okay if your heart isn’t in it anymore then I understand. We need to go our separate ways.'”

Ahead of the reunion taping, Raquel said she initially planned to keep her split to herself. However, because she was feeling anxious about what could slip out of her mouth, and potentially paint James in a bad light, she ended up making the decision to reveal the breakup to their castmates.

“The last thing I want to do is blindside somebody. We weren’t even sure if we were going to address it at the reunion because we were like, ‘Maybe it’s better to pretend everything is fine.’ But once we pulled up in the car, we were like, ‘We need to tell [Bill Langworthy]. We need to tell production what’s going on. So Bill told [Andy Cohen]. Andy told [Lisa Vanderpump],” she shared.

Nowadays, Raquel is “surrounded by people that love [her]” — and also keeping in touch with James.

“We’re still speaking occasionally. We’re still friendly with one another. We still follow each other on Instagram. [And] we ‘like’ each other’s post,” she confirmed. “My goal is… to maintain a friendship because he was my best friend for so long and it’s really difficult to cut that off and pretend it never happened because it did happen. We spent so much time together and he was the love of my life at one point but more than that he was my best friend.”

“We shared everything together. We’re going to try our best to be friends,” she added.