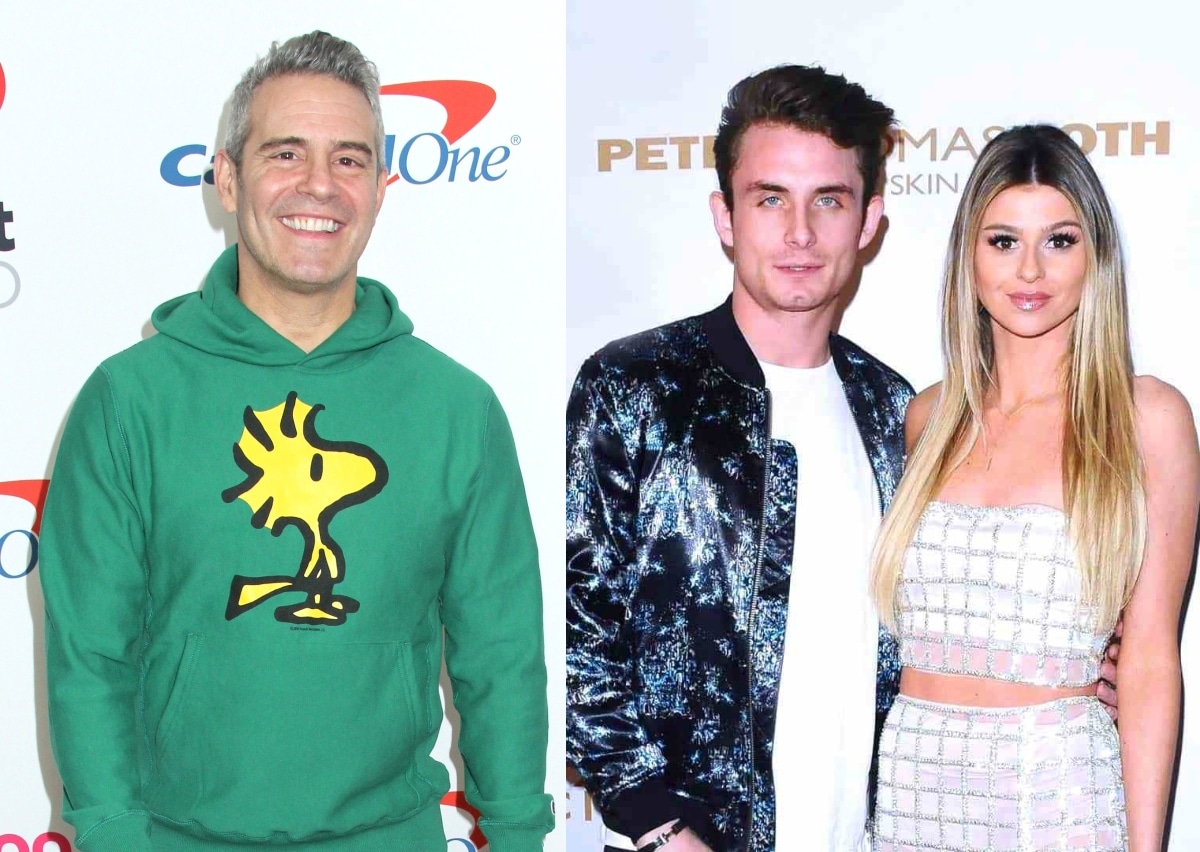 James Kennedy and Raquel Leviss may have looked like a happy couple when they arrived at the Vanderpump Rules reunion taping earlier this month, but according to Andy Cohen, they actually called it quits on their five-year relationship before the filming.

During an episode of Watch What Happens Live last week, a viewer called in with a question for guest Kristin Chenoweth, wanting to know her thoughts about the breakup. However, despite being a longtime Bravo superfan, Kristin had no idea about the split and immediately asked Andy for details.

“It happened last Thursday night. They announced it at the reunion last Friday,” Andy confirmed, shooting down rumors of an on-camera breakup at the reunion.

“Who broke up with who?” Kristin asked further.

“It’s not my story to tell,” Andy replied.

In posts shared two days after the reunion taping, James and Raquel shared identical announcements about their split.

“After these 5 wonderful years we had together, we decided we have two different goals and made the decision to call off the engagement. We love each other very much, but we aren’t in love anymore. We want nothing but the best for each other so please keep any thoughts positive. Sending Love,” they wrote.

In other Pump Rules news, James recently visited the Wisdom Tree of Los Angeles, where he considered his intentions moving forward into the new year post-split and shared plans to release new music.

“Wisdom Tree never fails ….. today I wrote down all the things I’m thankful for and my intentions going forward into the new year… get ready for some [fire] music. Love you all…,” he wrote, along with a photo of himself sitting at the base of the tree.

As for what led up to the Pump Rules couple’s breakup, a source told The Sun last week that Raquel had “reached her limit with James’ behavior.”

“He promised he’d be better and he promised he’d change for her and watching the show back, she seemed to finally see how nasty he is to not just others but to her as well. Making fun of her looks and basically only appreciating her physical beauty. I think she just had her limit and realized she cannot fix him,” the insider said.