The Vanderpump Rules cast filmed the season nine reunion and already, rumors are swirling into who may have been missing from the taping.

As the men and women of the Bravo reality series shared a number of photos and videos of themselves on the set and behind-the-scenes, fans online began to wonder why Lala Kent and Katie Maloney appeared to be in completely different locations from the rest of the group.

Meanwhile, in the caption of the clip, Lisa said, “It was a hell of a day.” 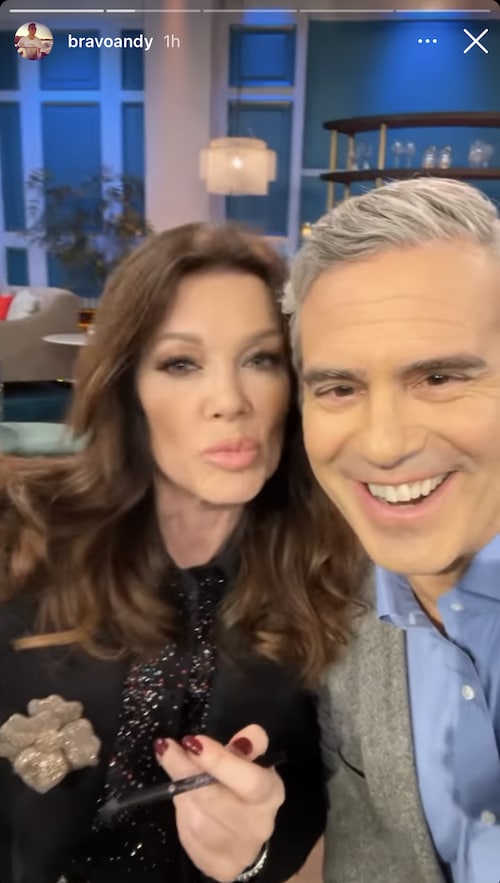 Backstage at the event, Brock Davies, Scheana’s fiancé, who joined the series for season nine, shared a video of himself in a mask, and co-star Tom Sandoval napping on a nearby couch. 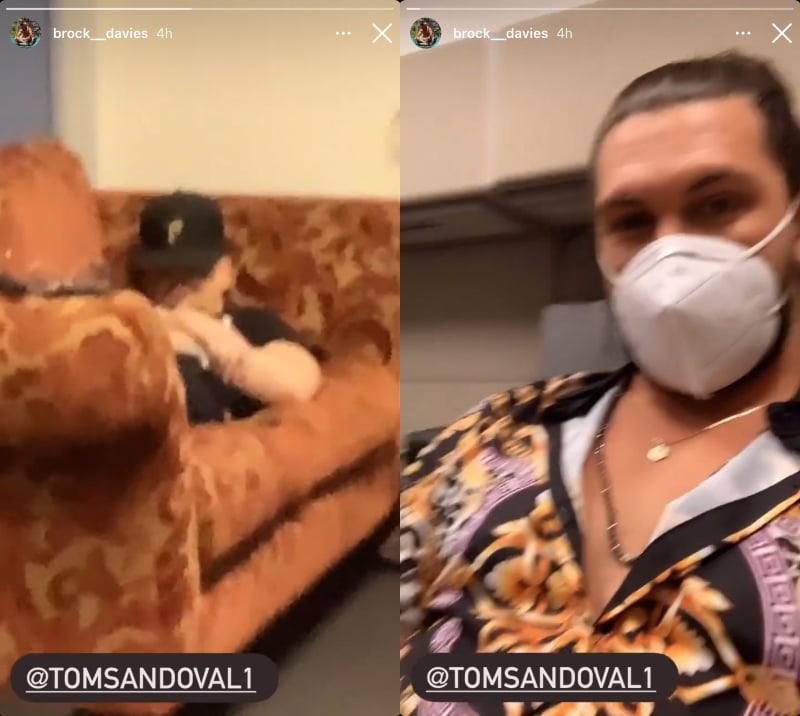 Charli Burnett, who was added to the show for season eight, shared a couple of clips of her pre-reunion prep, one of which was posted to her Instagram Story, and another shared to her TikTok account. 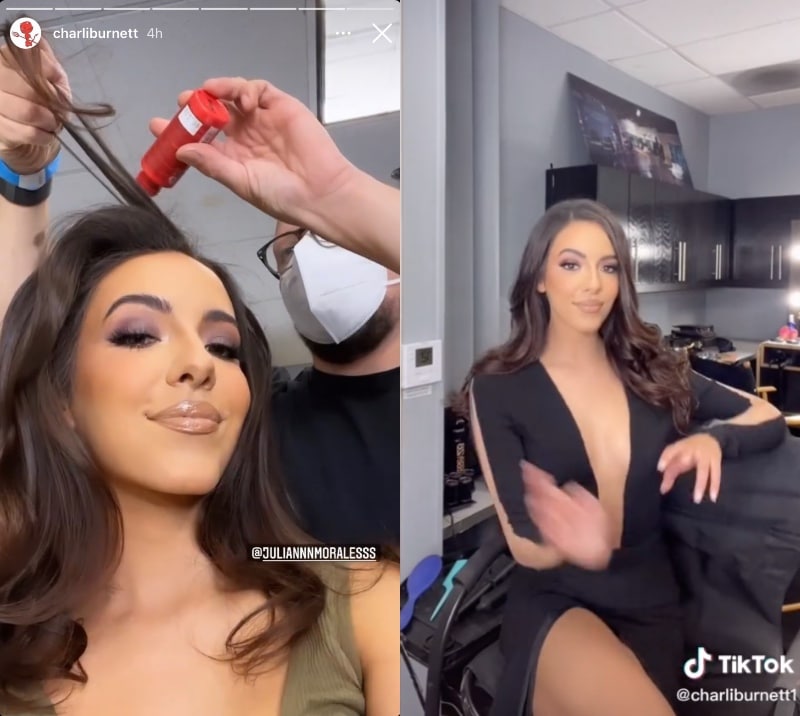 In a video shared by Raquel Leviss, she and James Kennedy, who proposed to her amid filming on season nine, were seen taking their seats on set. 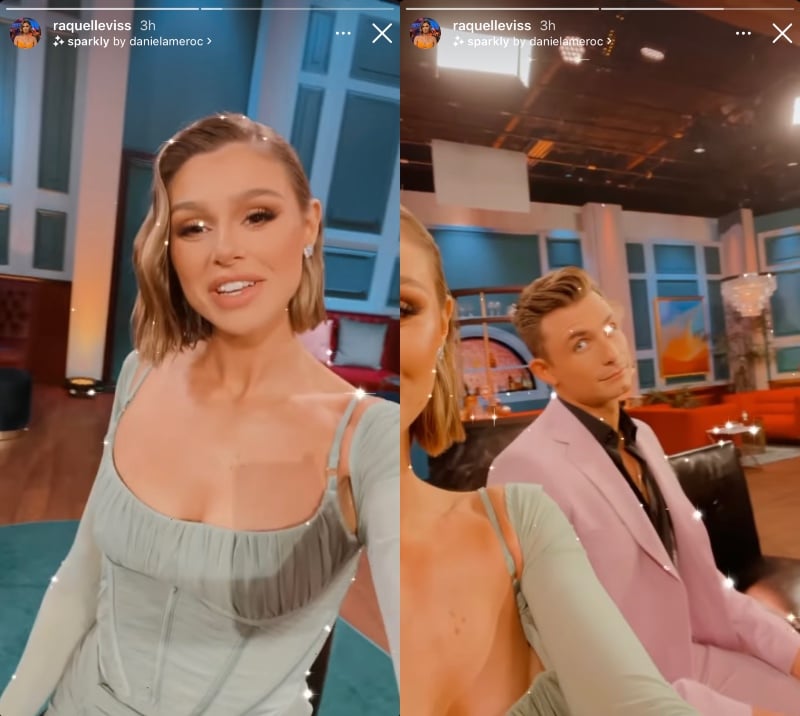 Both Scheana and Brock shared photos and videos of the new mom backstage and on set. 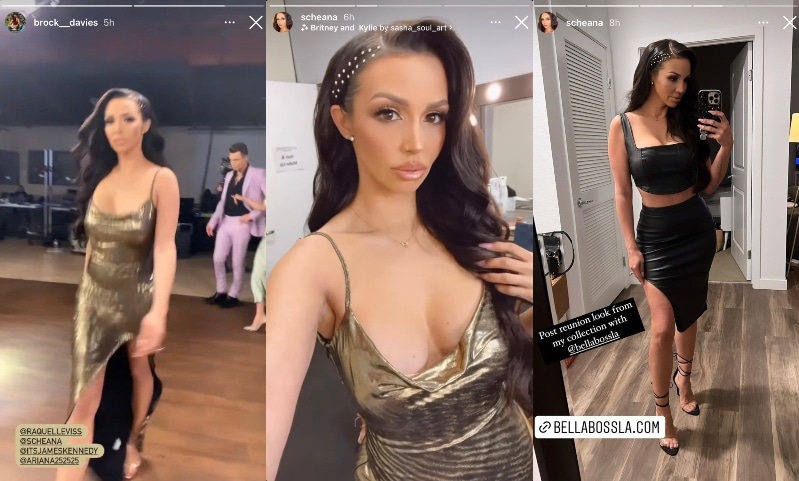 In other videos shared by Brock and Raquel, Sandoval and Ariana Madix were featured. 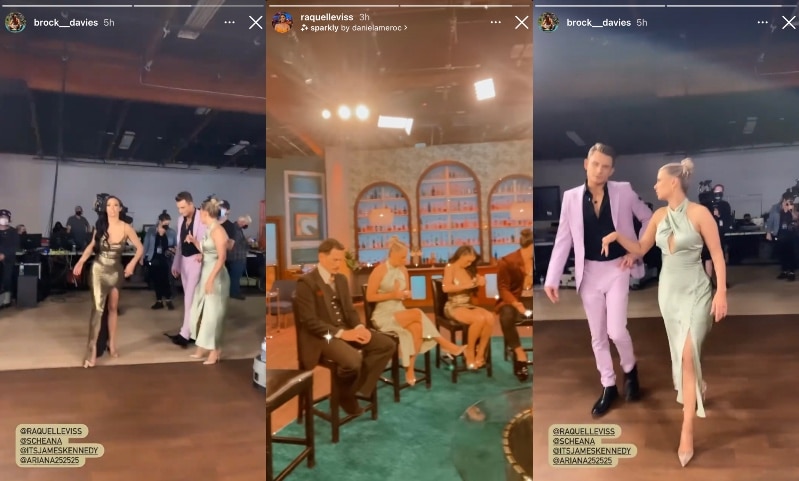 As for Lala and Katie, they shared videos as well, but some have been deleted, including the one below on the right, which featured Lala with an Air Pod in her ear. 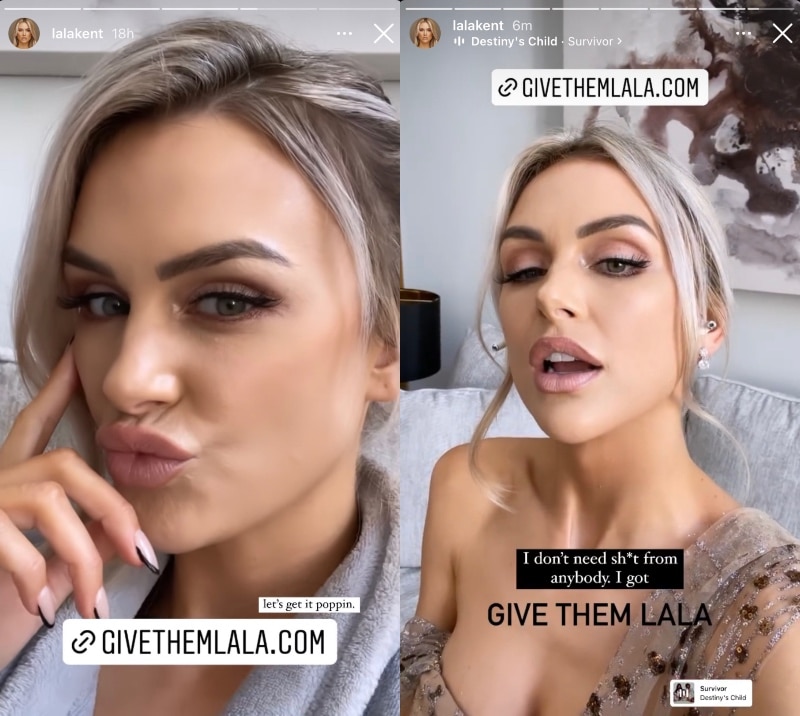 In Katie’s deleted video, she was seen with a sleek bob and a pink top.

Amid the taping, rumors began swirling in regard to Lala and Katie’s absence, which seems to have been paired with the absence of Katie’s husband, Tom Schwartz.

One Pump Rules fan page on Twitter shared a series of telling posts.

“In Raquel’s latest video, we only see 9 chairs… Charli. Raquel. James. Lisa. Andy. Tom. Ariana. Scheana. Brock… Lala and Katie are in full glam but not filming there?” the outlet wondered.

Then, in the moments that followed, the page shared a couple more tweets.

“Lala deleted the video of her wearing an airpod after it was assumed she was not physically at the reunion and Raquel deleted her video of all the chairs at the reunion. We should have 12 chairs but we only saw 9,” they wrote in the first.

“Katie also deleted her video,” they added in a second. 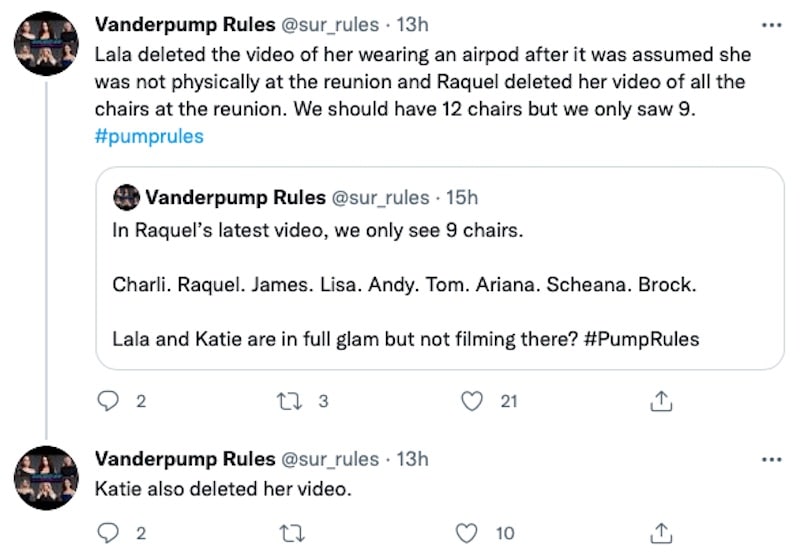