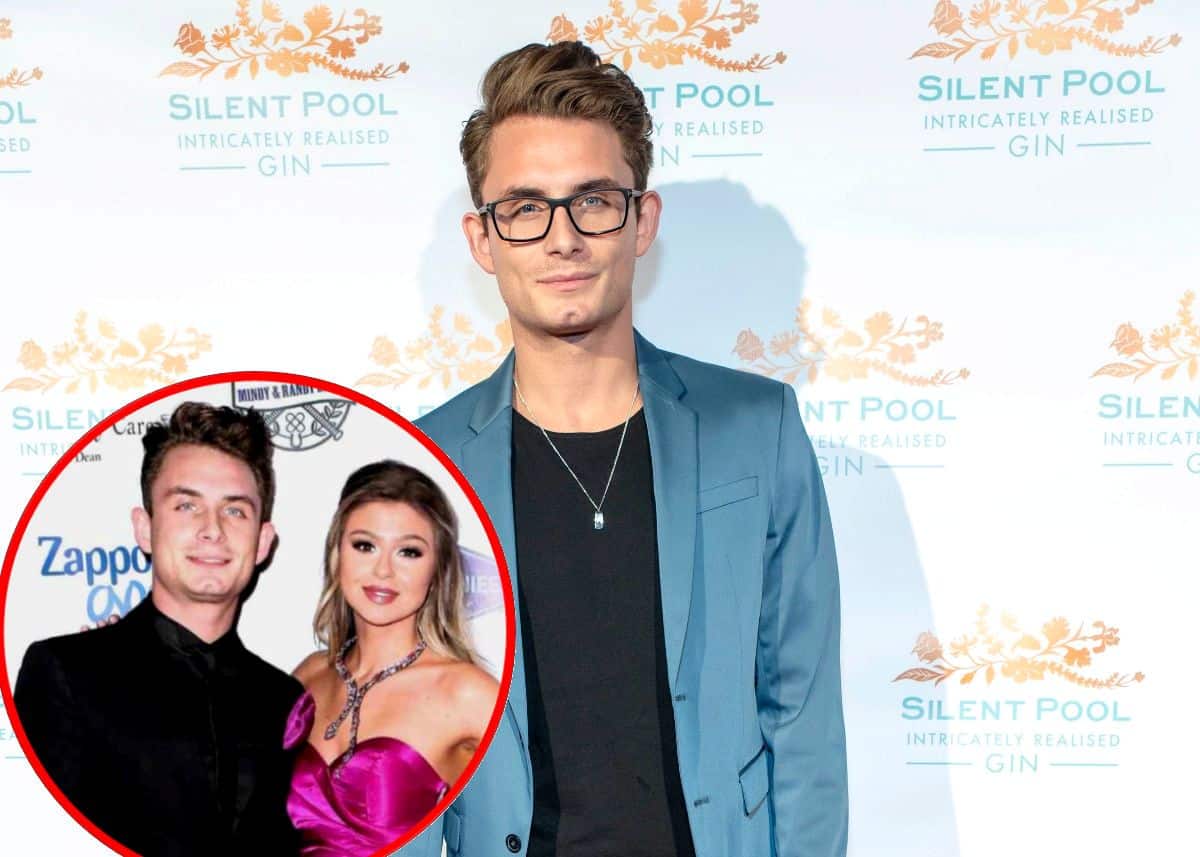 James Kennedy stepped out with a mystery woman in Las Vegas on Monday night, and according to a series of Instagram Stories posted hours later, his former fiancee, Raquel Leviss, isn’t handling the outing very well.

Nearly two months after the couple called it quits on their months-long engagement and five-year romance, the Vanderpump Rules cast member and DJ shared an unexpected video clip of himself and a brunette, seemingly prompting Raquel to share a concerning message with her fans and followers.

In James’ video, he was seen filming in a mirror as a woman in heels and a white skirt stood sideways holding his hand. 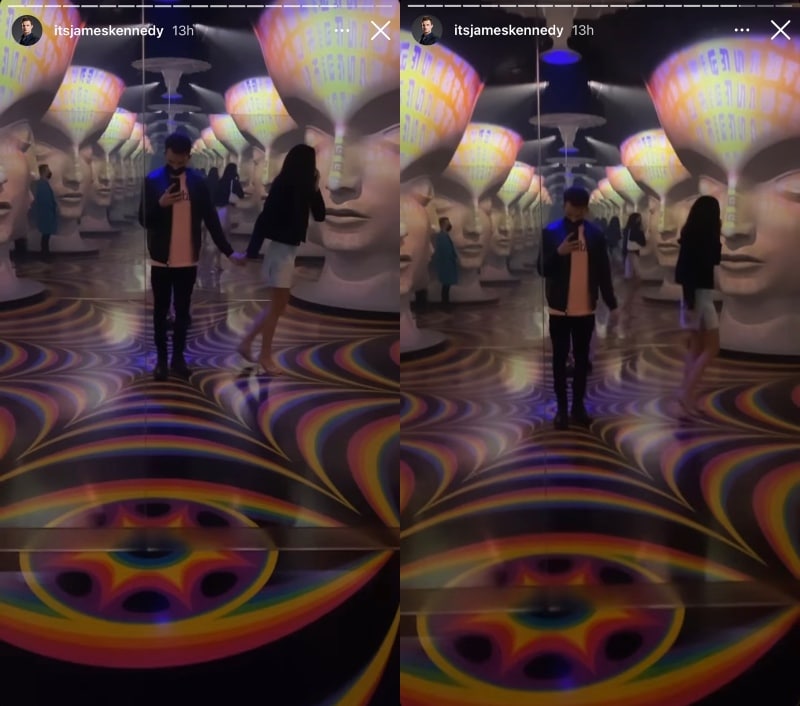 Hours after the video clip was shared, Raquel took to her own Instagram Story, where she admitted she was having a “mental breakdown” and “trying to survive” by herself.

“Don’t you just love it when your therapist can’t make your appointment and doesn’t tell you that she’s not going to be there for two weeks in a row?” Raquel, who was wearing a white hoodie, asked her online audience. “Of course my therapist doesn’t know that today is not really one of the most anxiety-ridden days of my life but it definitely is one of the most emotional days of my life.” 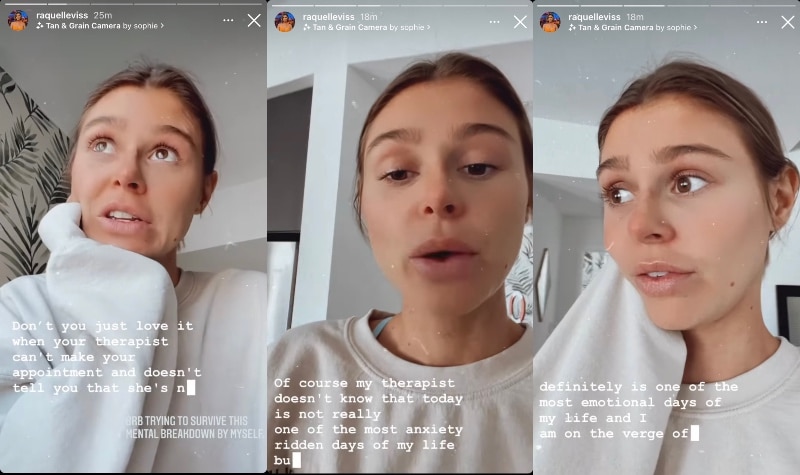 “I am on the verge of panic and rage. Even though it doesn’t look like I am, I am,” she continued.

Although Raquel went on to mention the fears she had in regard to the Pump Rules reunion airing hours later, it seems highly likely that she saw James’ video. After all, she recently said that the two have remained friendly in the months since their split, and they have been seen engaging in sweet exchanges with one another on Instagram. 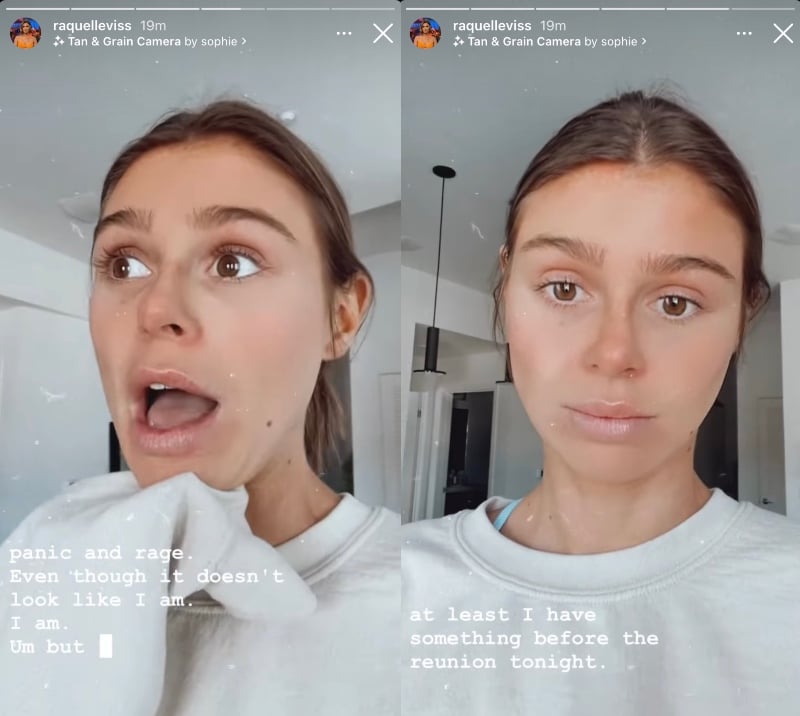 Earlier this month, while out in Los Angeles, Raquel said she’s “hanging in there” following her and James’ split.

“I’m just surrounding myself with friends and loved ones. I would say [Scheana Shay]‘s been there the most for me. She offered up her apartment for me to live in temporarily while she’s down in San Diego,” Raquel explained, via Us Weekly.