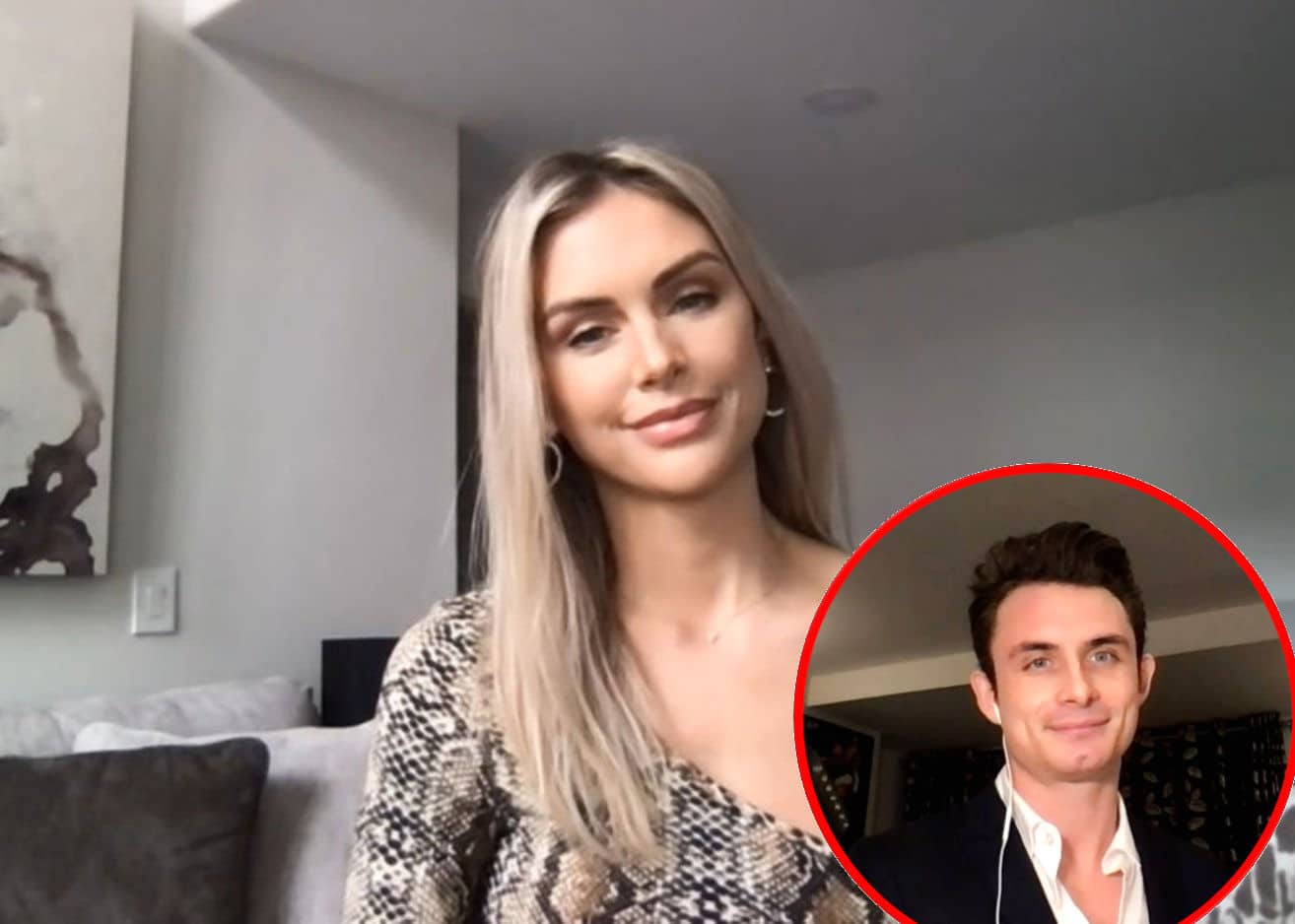 Lala Kent and James Kennedy appeared on Tuesday night’s Watch What Happens Live, where she spoke of the Vanderpump Rules season nine reunion and he shared shocking information regarding his May 2021 proposal to Raquel Leviss.

After claiming last month that Raquel, who she described as “beautiful” with a “heart to match,” was the only cast member who reached out to her after the taping to make sure she was okay following her messy split from Randall Emmett, Lala made an unexpected admission before reacting to Peter Madrigal‘s online flirting with Vicki Gunvalson.

“I actually kinda regret saying that [Raquel] was the only one [who reached out]. Because my friends really have been there for me since that happened,” Lala confessed on the January 11 episode of the WWHL: After Show. “[So] for me to just fixate on the end of the reunion, no one reaching out, it was kind of like, that was my selfish moment, thinking that everyone should have just cared how I was feeling when that’s a tough day for all of us.”

According to Lala, she had a hard time filming the reunion because she, along with Katie Maloney, was forced to do so virtually.

“It was really difficult doing it virtually and I just felt like, for the first time, I was going to be able to go to a reunion and be completely honest about my life. Like, the control was going to finally be gone and I could voice what my life is, what it’s been, and it made it hard,” she explained.

As for Peter flirting with The Real Housewives of Orange County star Vicki on Twitter, Lala said, “I can’t say I’m here for that mashup.” She added that she believes Vicki “is way too much woman for Peter.”

She also said that she is not “super close” to Raquel but finds her “hard not to adore” and confirmed she’s in the works on her second book.

Also during the WWHL: After Show, following a question from a fan who wanted to know if James reimbursed Tom Sandoval for footing part of his proposal bill, James admitted he has not.

“People are obsessed with this. No, I haven’t and honestly, he said it’s a tax write-off for him so really, it’s nothing really. It’s no big deal. Thank you, Tom!” he declared.