Home Vanderpump Rules Lala Kent Hints at Quitting Vanderpump Rules, Says Just One Costar Checked on Her After Reunion, and Talks Unseen Encounter With Sandoval, Plus Shares Post About Fakes

Lala Kent Hints at Quitting Vanderpump Rules, Says Just One Costar Checked on Her After Reunion, and Talks Unseen Encounter With Sandoval, Plus Shares Post About Fakes 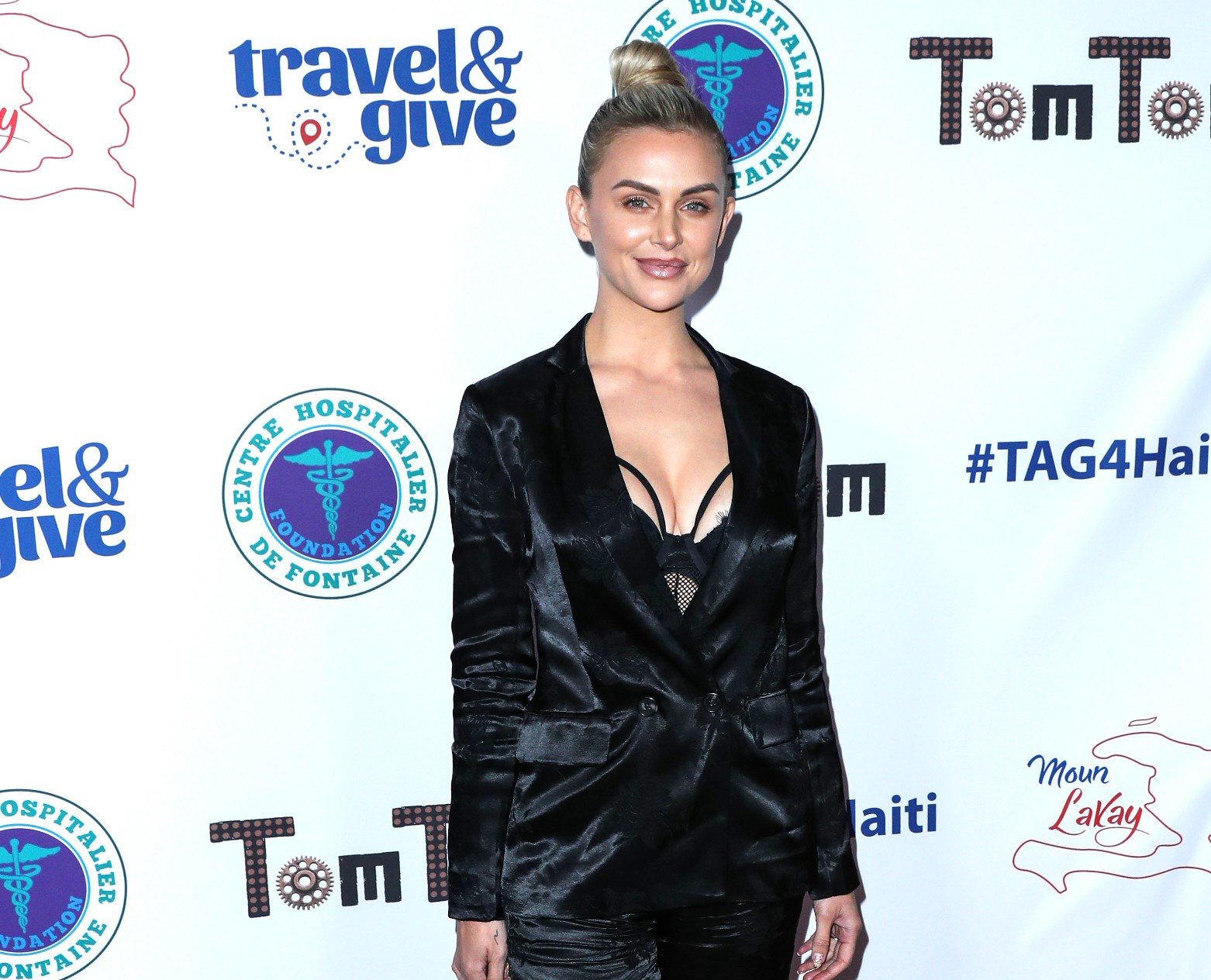 Lala Kent is so upset about the moments that followed the taping of the Vanderpump Rules season nine reunion that she may not return to the show for its potential 10th season.

During the latest episode of her podcast, the newly-single Lala, who welcomed her first child, daughter Ocean Kent Emmett, in March, hinted at her departure before revealing why she’s so devastated by her castmates and looking back on an off-camera encounter with Tom Sandoval.

According to Lala, she was left feeling incredibly hurt by her co-stars after just one of them reached out to her after she was “visibly upset” throughout the taping.

“I didn’t hear from one person on my cast except for [Raquel Leviss] to say, ‘Hope you’re doing okay.’ That was very telling for me,” Lala admitted. “My life has been turned upside down, and maybe they don’t know the ins and outs of it but I was visibly upset on the reunion, and for not one of them except for my little Bambi to reach out and be like, ‘Just want to say I’m sorry for what you are going through,’ was eye-opening.”

As Pump Rules fans have likely heard, Randall Emmett was accused of cheating on his now-ex-fiancee, Lala, in October after he was seemingly caught at a Nashville hotel with two women. Speaking of the split on her podcast, Lala said it’s been the “darkest time” she’s experienced since her dad passed.

“For my friends to not check in on me was like taking a f-cking bullet,” Lala continued. “When you’re looking at a group of people who you think are you friends and you’re sitting here completely humbled by a situation… I’m in a space where I can be my most vulnerable and that’s the reaction? It’s not safe. I’m not babied… I left that reunion feeling not much resolve. I left feeling a bit alone and isolated.”

Lala said that if the roles were reversed, she would have reached out to her castmates, just as she did with James Kennedy, who split from fiancee Raquel earlier this month.

“I checked in. And for Raquel and James to be going through something pretty life-altering as well, for Raquel to reach out and send the sweetest text message in the world meant everything to me,” Lala revealed.

As for her run-in with Sandoval, Lala said she called out her co-star for making a shady comment against her after she informed her castmates she was leaving a group outing to go be with her daughter.

“When I said that, Sandoval goes, ‘And there it is!’ [Like they] probably knew [I was] bringing up the baby card that [I’m] now a mom. A baby changes you. You are a different person. I wear that with pride. No one is going to take that away from me,” Lala explained.

But the drama didn’t end there.

“Cut to we go to Palm Springs, Sandoval comes over to me, I kid you not, looked him dead in his eyes. I said, ‘Sandoval, if you ever give that reaction to me when I talk about my kid, I am a Mama Bear and I will put my paws on you.’ And he said, ‘Well let’s make a deal.’ I go, ‘No, no, no. There will be no deal made on my child. You give a reaction like that again, referencing to my child, I will put my paws on you,’” Lala shared. “I have fallen back a lot. I have made a lot of changes. [But] if you come for my cub, it’s feeding time.”

Also on Wednesday, Lala took to her Instagram page, where she shared a quote from actor Ryan Reynolds. 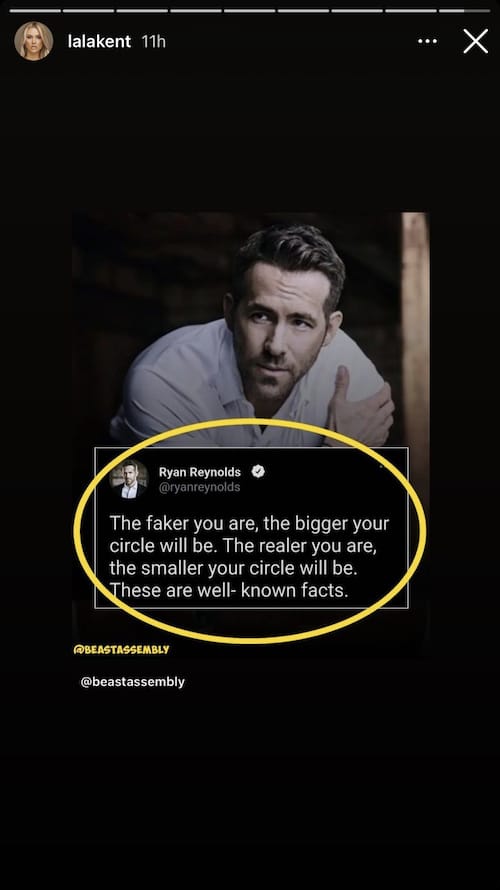