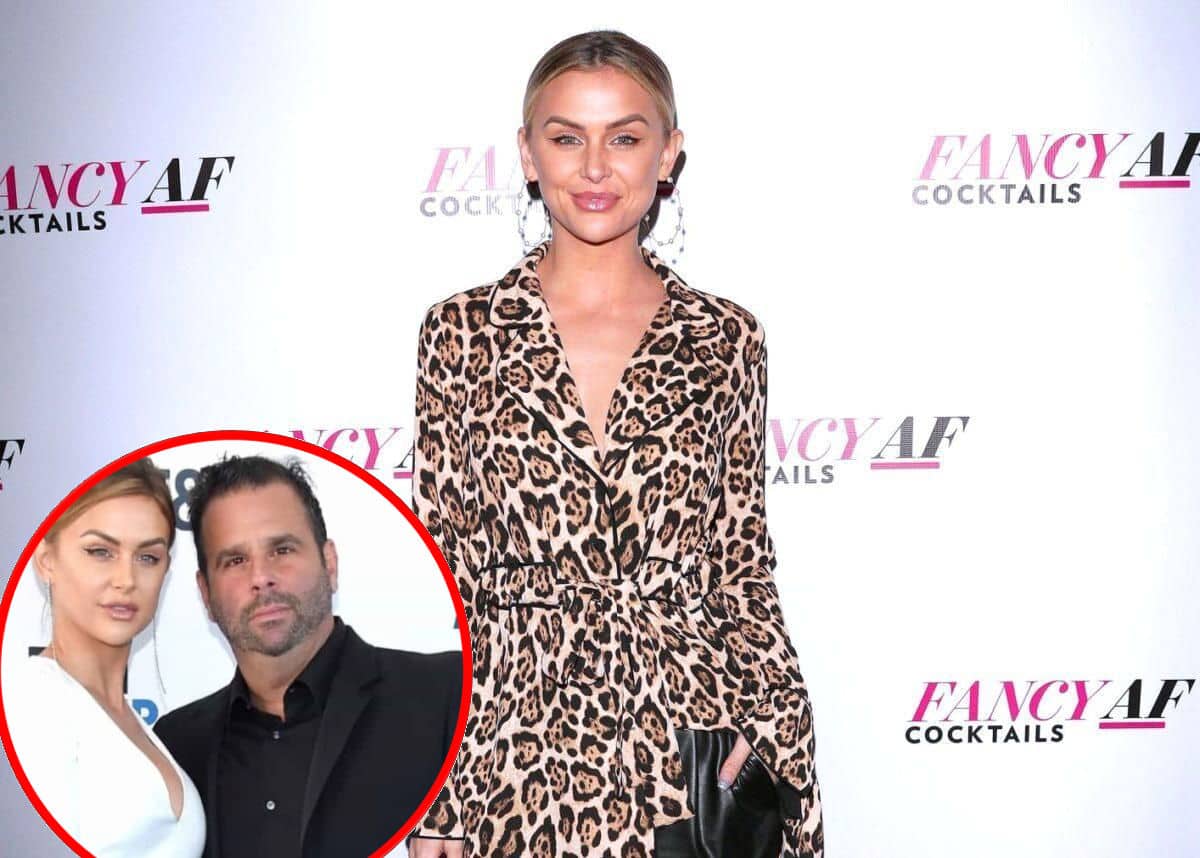 Lala Kent shared a couple of telling posts on her Instagram Story earlier this week.

After filming the season nine reunion on Friday in Los Angeles, the Vanderpump Rules cast member seemingly shaded her ex-fiance, Randall Emmett, who’s been accused of infidelity in recent months, with a description of a “narcissist” before sharing a message about stress.

“Narcissists live a double life,” Lala’s first message, which was written by Danish Bashir, began. “They show fake charm and friendliness in public but are snake-like, venomous, and devious behind closed doors. They are master manipulators who destroy lives. Most importantly, they don’t have an identity and that explains everything. They morph into a reflection of you to receive fuel, meaning they do not really exist as true personalities like we do, so if someone has no identity, how can that person be trusted to begin with?” 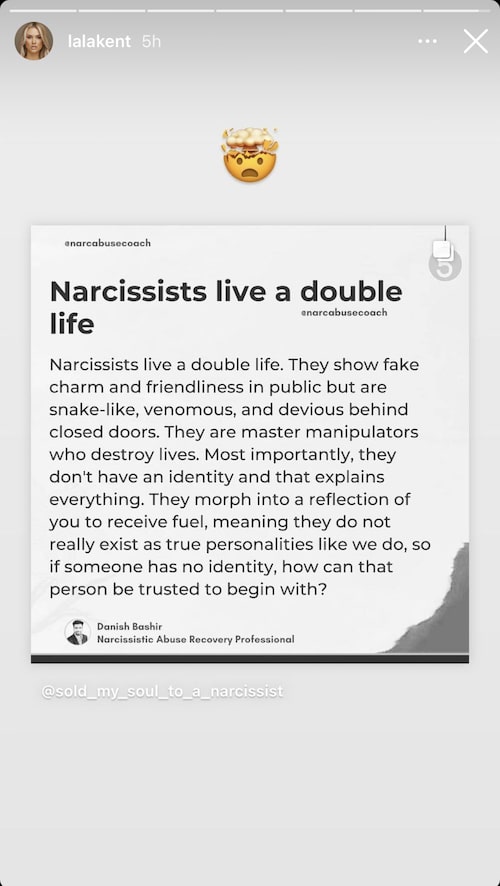 In her second post, Lala shared a spiritual note.

“‘Stop stressing. I will get you through this.’ -God,” the message said, which came from the Ice Cream Convos page on Instagram. 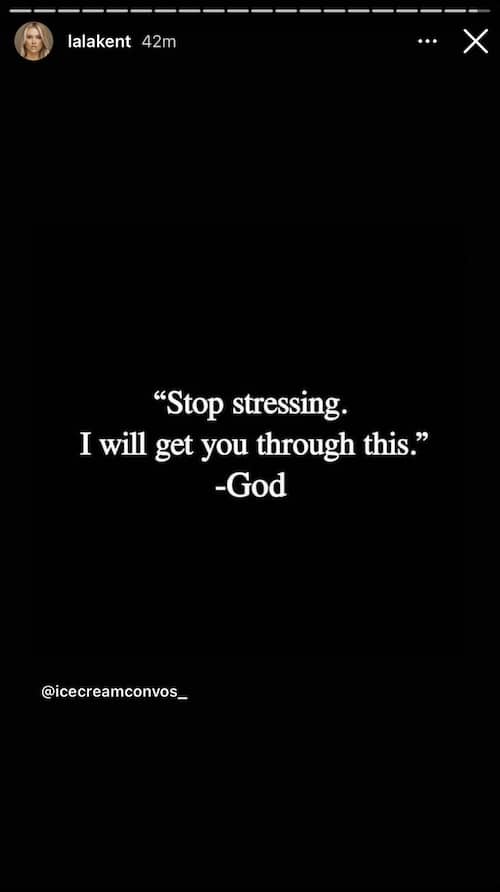 As Pump Rules fans may have heard, Randall was reportedly caught at a Nashville hotel with two women in October. And in the weeks that followed, as Lala moved out of their Bel Air home and into a new apartment, a number of sexual messages he allegedly sent to other women were exposed online.

While a recent report from Life & Style magazine suggested that Randall “is devastated” about his split from Lala and “doing anything he can” to win her back, she is reportedly unwilling to consider giving their relationship a second chance.

“Lala is done,” their source revealed.

Earlier this month, during an episode of her Give Them Lala podcast, Lala admitted to being “incredibly stressed” about their breakup and losing 10 pounds.

“I just have a lot on my mind,” she said, noting that she doesn’t know “how the f-ck [she] didn’t see” what was going on.