Home Vanderpump Rules Raquel Leviss Reacts to Ex James Kennedy’s Comments on Dating Lala Kent, Reveals Which Co-Star Has Been There for Her the Most

Raquel Leviss Reacts to Ex James Kennedy’s Comments on Dating Lala Kent, Reveals Which Co-Star Has Been There for Her the Most 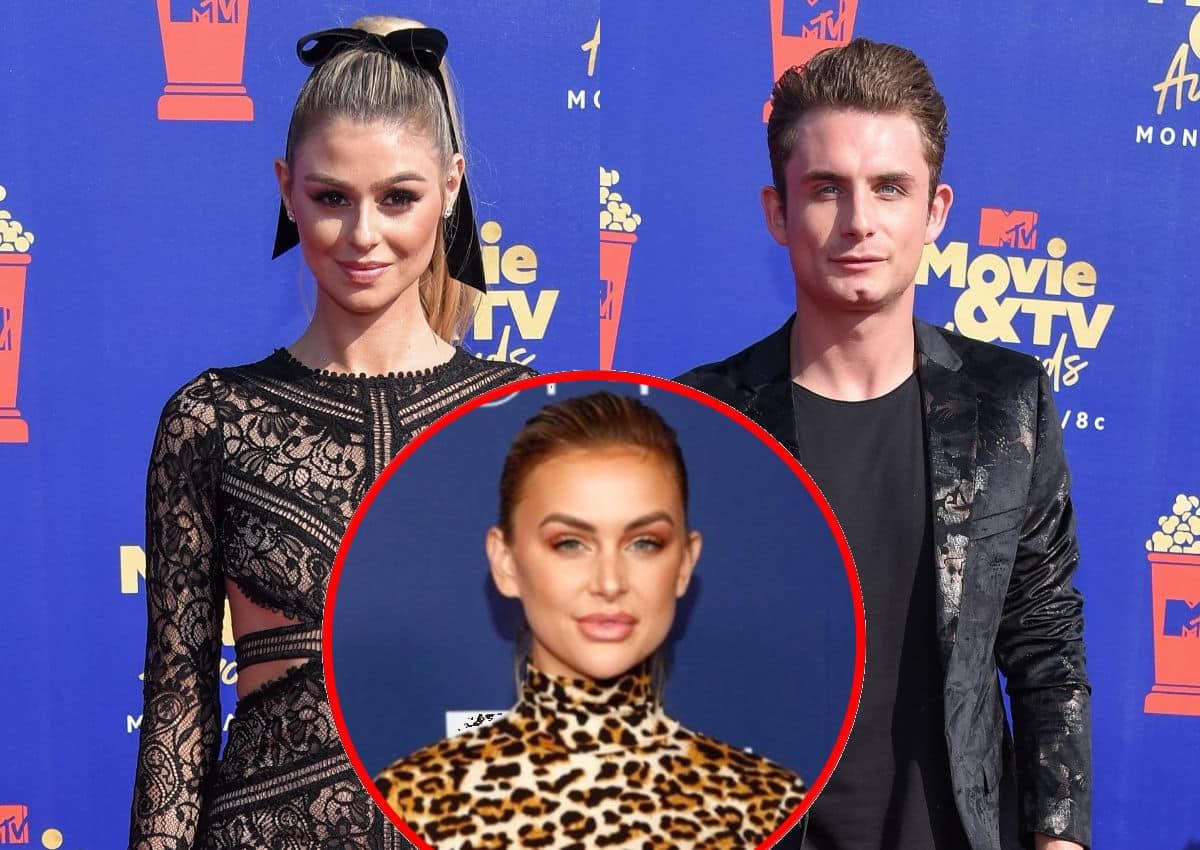 Raquel Leviss is speaking out about the comments James Kennedy made on Watch What Happens Live in regard to whether or not he would rekindle his past fling with Lala Kent following his and Raquel’s breakup last month.

Just one day after James admitted to host Andy Cohen that he would “never say never” to a potential romantic reunion with Lala, who is fresh off a split from her former fiancé, Randall Emmett, the Vanderpump Rules cast member weighed in on the revelation before revealing which of her co-stars has been the most supportive of her post-split.

“I mean, good luck to them,” Raquel told photographers on Wednesday, via Us Weekly, after learning about the “interesting” conversation that took place on the January 11 episode of WWHL.

As for how she’s been coping with the breakup, Raquel said she’s “hanging in there.”

“I’m just surrounding myself with friends and loved ones. I would say [Scheana Shay]‘s been there the most for me. She offered up her apartment for me to live in temporarily while she’s down in San Diego,” Raquel explained.

During Tuesday night’s WWHL, James and Lala were both asked if they would be open to dating one another now that they are both single.

“We have both done so much growing up — I would love to just continue this beautiful friendship that we do have. Look, I never say never to anything nowadays honestly [after] everything that I have been through,” James replied, noting that he’s been in touch with Raquel in the weeks since their split.

As for Lala, she said, “I don’t think James Kennedy is ready to be like a stepdad. So much has changed since we got together. But he is like one of my best friends.”

While appearing on Scheana’s podcast, Scheananigans, earlier this month, Raquel opened up about her and James’ breakup for the very first time, telling her Pump Rules castmate that while she was concerned for her safety as she plotted her exit plan, the DJ was surprisingly calm when she informed him she was calling off their months-long engagement.

“He was calm. He was listening to me. I was preparing for the worst and it was the best possible outcome I guess that it could have been. Because he really did listen to me and was understanding of where I was coming from,” Raquel revealed. “He respected my decision. He was like, ‘Okay if your heart isn’t in it anymore then I understand. We need to go our separate ways.’”