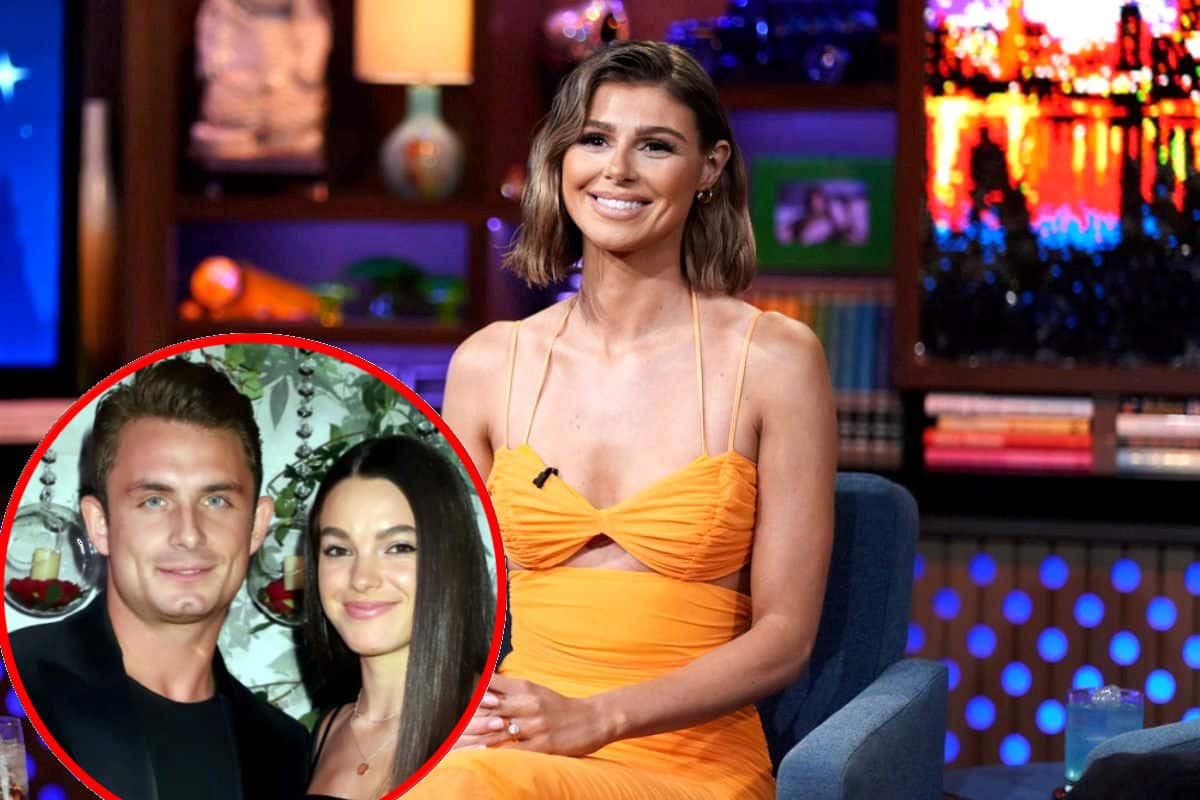 Raquel Leviss and her Vanderpump Rules castmates began filming season 10 last week. And already, as revealed by a post on Reddit, she’s been spotted chatting with ex-fiancé James Kennedy‘s girlfriend, Ally Lewber, for the cameras.

In a photo shared to the social media platform, Raquel and Ally, who began dating James several months ago, just weeks after his split from Raquel was confirmed, were seen sitting together on a couch while surrounded by cameras for the Bravo reality show.

The Reddit image of Raquel and Ally featured the pageant queen in a low-cut turquoise top and Ally in a blue dress. 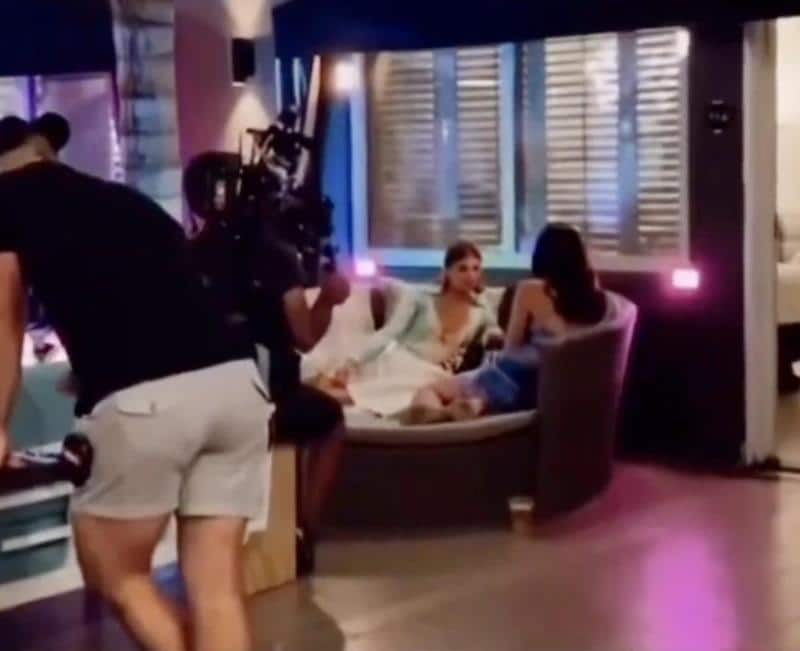 Although Raquel kept her distance from James in the months that followed their breakup, she told E! News the two of them are “being cordial” amid production on season 10 while attending the grand opening of Schwartz & Sandy’s on July 19.

“I haven’t seen James since we broke up basically so last week was a new kind of situation to be in. But so far so good. I think we just want the best for each other and supporting each other in that way,” she shared, admitting she spent time “mentally preparing” to be around her ex.

“I saw him at SUR for the first time so I was working and just trying to stay focused on my tables and not think too much about him, because why work like that?” she asked.

“I feel like he’s become one of my best friends lately,” she revealed. “He just is so in touch with himself and fully accepting of who he is and so confident. I feel like he looks at me like a little sister and is supporting me in such a kind way. He’s a really great guy.”

Another Pump Rules cast member that Raquel has been spending time with is Peter Madrigal. However, according to the reality star, she’s keeping things casual when it comes to her love life.

“We have gone on a few dates,” Raquel told Us Weekly at the event. “He asked me out after my breakup, obviously, and I was like, ‘Well why not? Right?’ I’m a yes-man now… I think it was more so just saying yes to him asking me out and just trying that whole thing out.”

Although the two of them have gone on several dates, Raquel isn’t looking for a relationship.

“I don’t want anything serious. I’m just a single girl in L.A. doing my thing,” she stated.

Also during the interview, Raquel spoke of James’ girlfriend, saying that Ally is “very sweet.”

“I actually really like her. I see a lot of me in her,” she teased. “I didn’t give her, like, straight-up advice [about James]. I let her know how I felt in that relationship. There’s a lot of things that she loves about James, that I loved about him too, like how funny he is, how charismatic, how passionate and hardworking he is. I feel like she’s learning a lot from him and a lot from that relationship and I did too. So I’m wishing them the best.”

Vanderpump Rules season 10 will begin airing on Bravo sometime later this year or early next year.