Scheana Shay Reveals if Vanderpump Rules Season 10 is Filming, Plus She Dons Bikini With Lala Kent as They Show Off Post-Baby Bodies

Scheana Shay and Lala Kent showed off their post-baby bodies in a couple of bikinis earlier this week on Instagram, and they were quickly met with a couple of comments from Scheana’s fans and followers.

After posing for the photo, the Vanderpump Rules cast members, who welcomed their first children in 2021, were questioned about whether or not they’re currently in production on the upcoming 10th season of the Bravo reality series and met with a body-shaming comment from a critic.

“The cleavage to my underboob,” Scheana wrote in the caption of her July 5 Instagram photo, which featured her in a red two-piece. Lala, who recently underwent a second breast augmentation, wore an American flag top and black bottom. 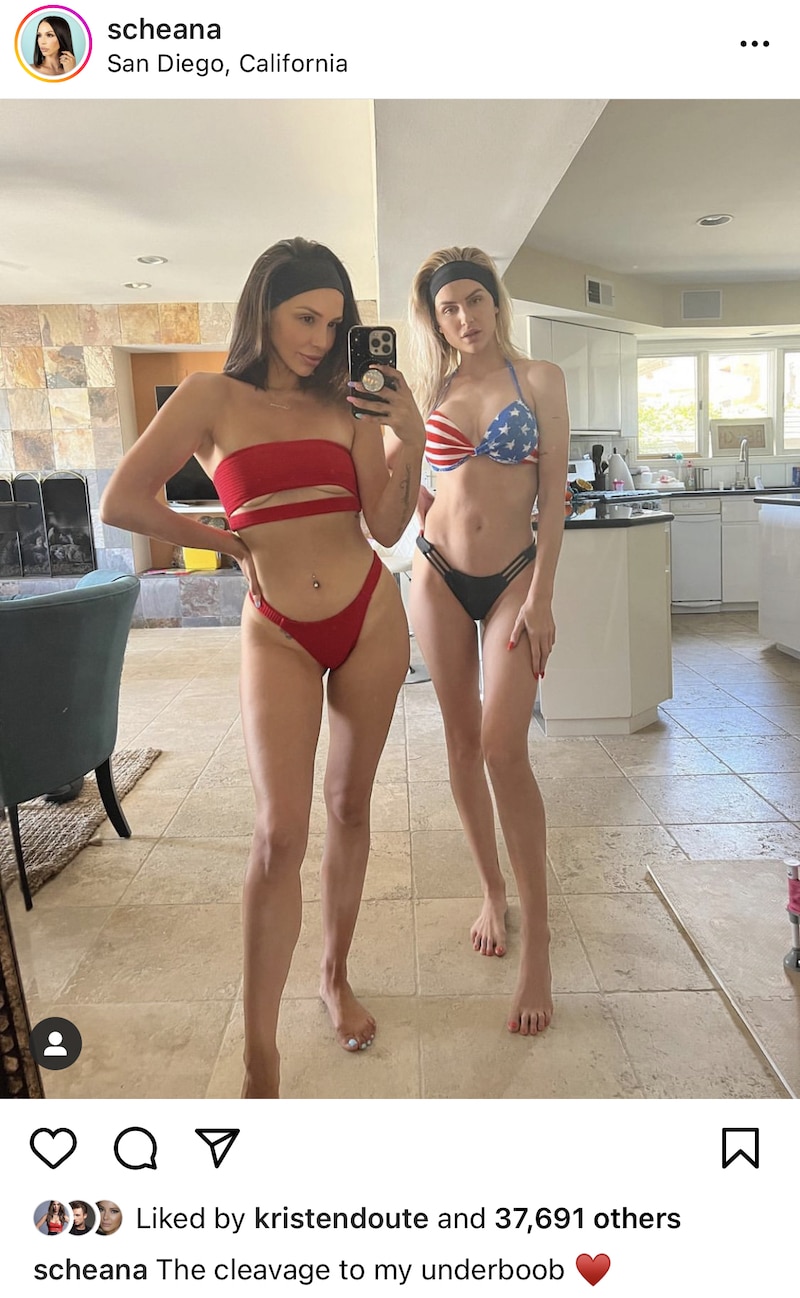 “R we filming???” a fan wrote in response to the Pump Rules stars’ pic.

“No haha. Just a fun weekend [with] our girls,” Scheana replied.

As Pump Rules fans may have heard, Bravo renewed the show for a 10th season in May but didn’t share when filming would begin on the new episodes.

Also in the comments section of the post, a second person took aim at Scheana and Lala’s post-baby bodies, suggesting that the ladies were too thin and setting a bad example for others.

“CHILD, YOU BOTH NEED TO EAT A CHEESEBURGER OR 2 …AS SO MANY YOUNG PPL LOOK UP TO YOU LET’S REMIND THEM THAT IT’S OK NOT TO BE AS SKINNY AS YOU BOTH LOOK. NOT EVERYONE CAN LOOK LIKE THAT REGARDLESS,” the person wrote.

In response, Scheana clapped back at the body-shamer, insisting that she eats and pointing out that she’s done a lot of work to get her body back to its pre-baby shape.

“Your message is DISGUSTING. A: I had [three] cheeseburgers this weekend and B: I’ve worked my a– off to get my body back.  How dare you insinuate I don’t eat,” Scheana stated. 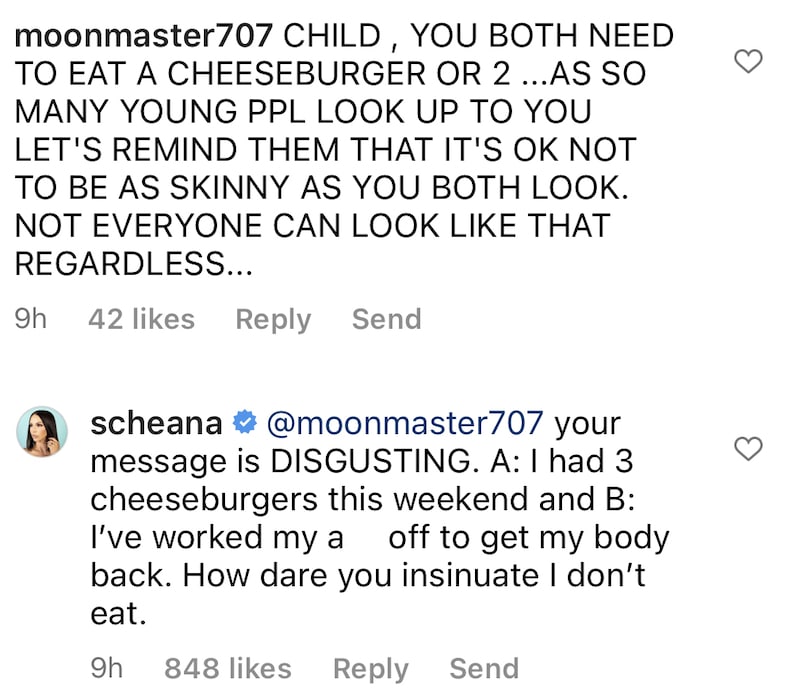 In March 2021, Lala welcomed daughter Ocean, who’s now one, with her former fiance, Randall Emmett, who she’s since accused of cheating on her. Meanwhile, Scheana gave birth to her now-one-year-old daughter, Summer, in April with Brock Davies, who proposed to her months later.

Vanderpump Rules season 10 is expected to go into production soon with a premiere date likely coming in early 2023.